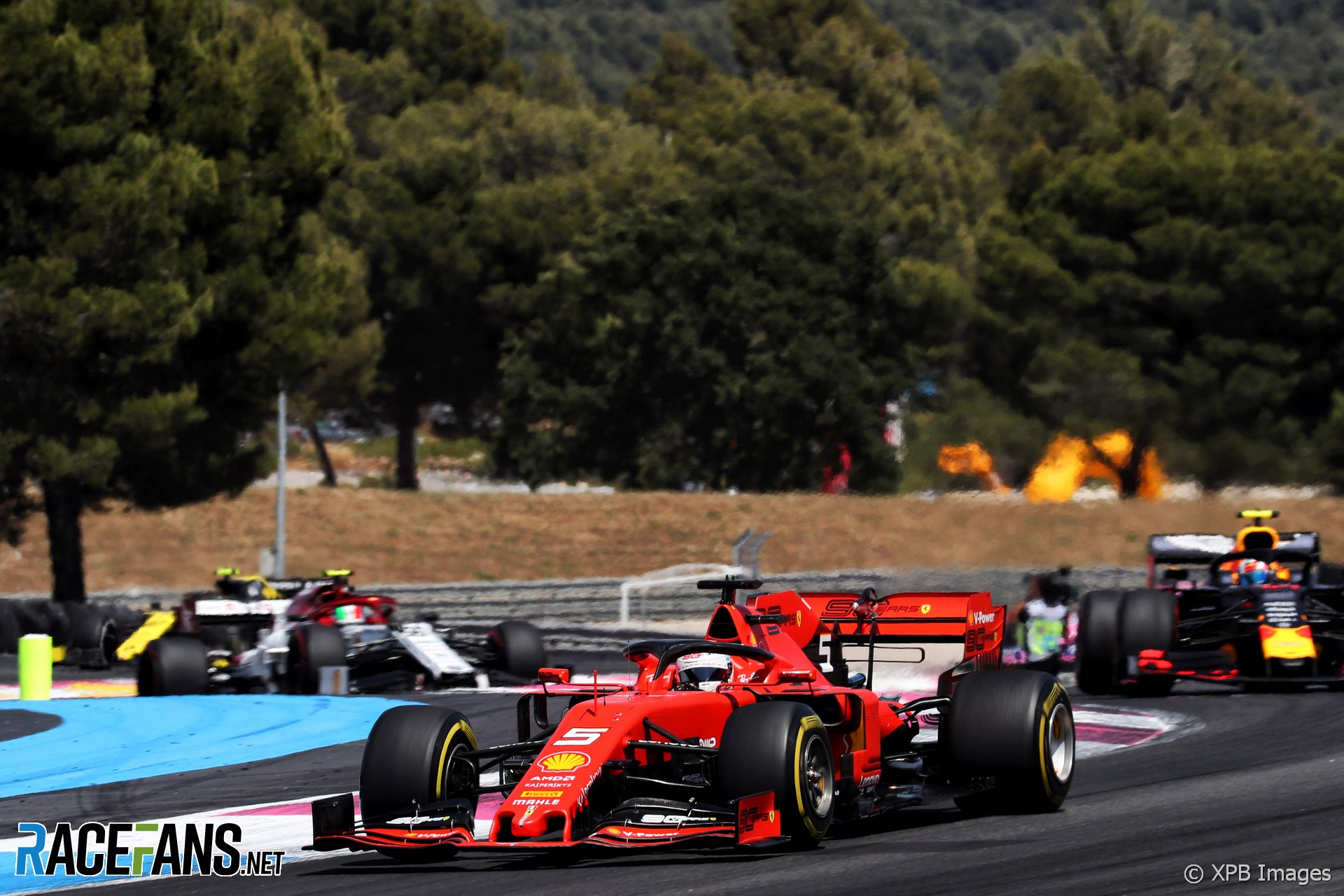 Sebastian Vettel says Ferrari “failed” to close the gap to Mercedes because it didn’t get the expected gains from its new parts.

“We failed,” Vettel reflected after finishing fifth in the French Grand Prix. “I think we wanted to close the gap to Mercedes by a decent amount and we didn’t. So in that regard we have to be honest, we failed. But nevertheless we tried everything we could.”

Vettel said his team mate Charles Leclerc’s podium finish gave the team “a little bit of a satisfaction” but they had not achieved their overall goal.

“The big objective was to come in and close the gap,” said Vettel. “But we had to unfortunately learn that our parts weren’t working the way we expected them to.”

He set the fastest lap of the race on the final tour, but only after switching to a fresh set of soft tyres. He said the decision to pit was a “no-brainer”, but pointed out he only managed to lap two-hundredths of a second quicker than Hamilton did on his worn hard tyres, giving further proof of Mercedes’ strength.

“I don’t know if we had a problem,” he explained. “I couldn’t discharge the battery completely, otherwise it would have been a bit more safe to get the fastest lap.

“It also shows how much pace they have in hand. If they’re one-two then they just go a lot faster. So that means there is a lot of work for us, which we know from qualifying pace etc… We need to make sure we get closer to put them under pressure.”

54 comments on “Vettel: Ferrari upgrades failed to get us closer to Mercedes”