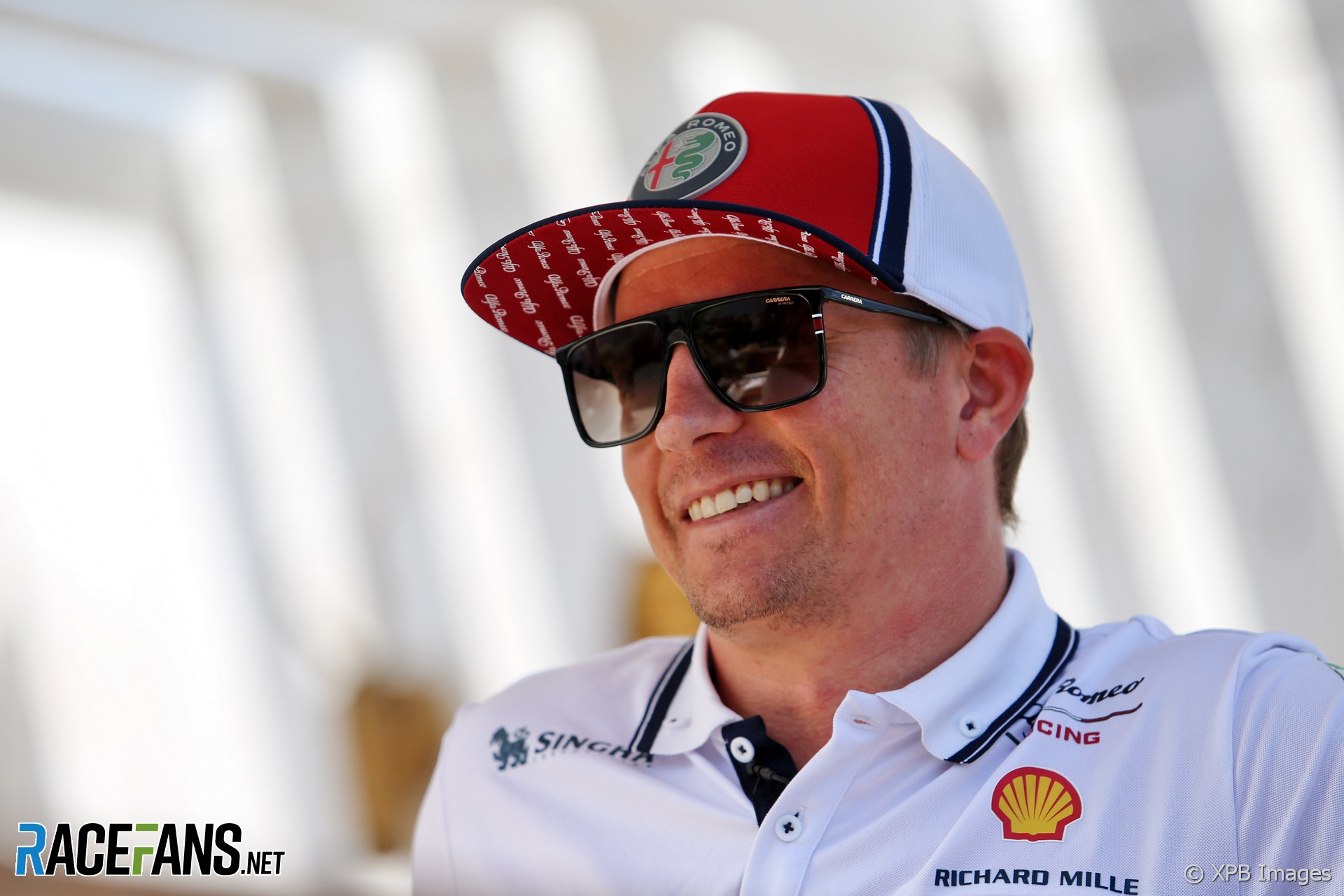 In the round-up: Kimi Raikkonen says he is much happier at Alfa Romeo as he has fewer responsibilities besides driving the car.

Raikkonen was asked if he was happier after moving from Ferrari to Alfa Romeo:

Obviously in the big picture we want to be faster and have better results. But if you take that away what [when it] comes to working it’s been very nice.

There’s not [as] many people [as] let’s say Ferrari or other teams, [there] might be some places you lack a bit on that side. But that’s what I knew is a difference, that’s what makes a difference between big teams and smaller teams.

Apart from that it’s given me more freedom to do what I want outside of racing. I don’t need to run all kind of promotions all the time. I appreciate that much more than maybe people even think about. For me my own time is priceless. It’s definitely been much better.

Helmets have changed a little over the last 40years! Found one of my old boys rallycross helmets in storage and what a beaut she is! Not sure she would be fia approved mind you! Any guesses to what brand it is? #papasmurflid #arai #helmet #safety

"Within this given set-up he is allowed to play around so that it fits his driving style, but he's not supposed to dramatically move away from that."

"E-racing365 understands that all bar two teams were using a form of control system which managed power to the wheels on exits of corners by the time of the damp Hong Kong race."

"I am delighted the race is being preserved and delighted it will still be at Silverstone. I really didn’t fancy the idea of going to watch a race in the Docklands."

"Dixon is still in it; you can’t count him out. There are so many guys now that are capable of winning races, week in and week out. There’s no sense picking and choosing who you are trying to beat. You have to beat everyone. Every mistake at this point is magnified. You’ve got to make sure you’re not making mistakes and maximizing every possible position each race weekend."

Is the level of domination seen in F1 today unprecedented?

The big deal is that there is no other era of F1 like this. This is not par for the course. McLaren in the eighties fell off after their two years of dominance, as did Williams in the nineties. Ferrari in 2000s and Red Bull in 2010s had years interspersed in their runs where they did not dominate and their championships were barely won. Mercedes has faced no such year since 2014. In Red Bull’s four-year streak, two drivers’ championships were won by single digits. The closest non-Mercedes driver to a Mercedes drivers’ championship was 2017 and the gap was 46pts.

We’re not on year two. We’re on year six, and with a guaranteed Mercedes drivers and constructors championship double, and a very very possible seventh year in 2020. Think of any other sport where a team dominated, without hiccup, for six to seven years. If you can find one in the past 50 years, please look at whether the regulations were left undisturbed. I dare say you won’t find such a run, but if so, I imagine rules were shook up.

No one is blaming Mercedes for achieving success. But not everyone wants to watch it for a decade straight.
@Hobo