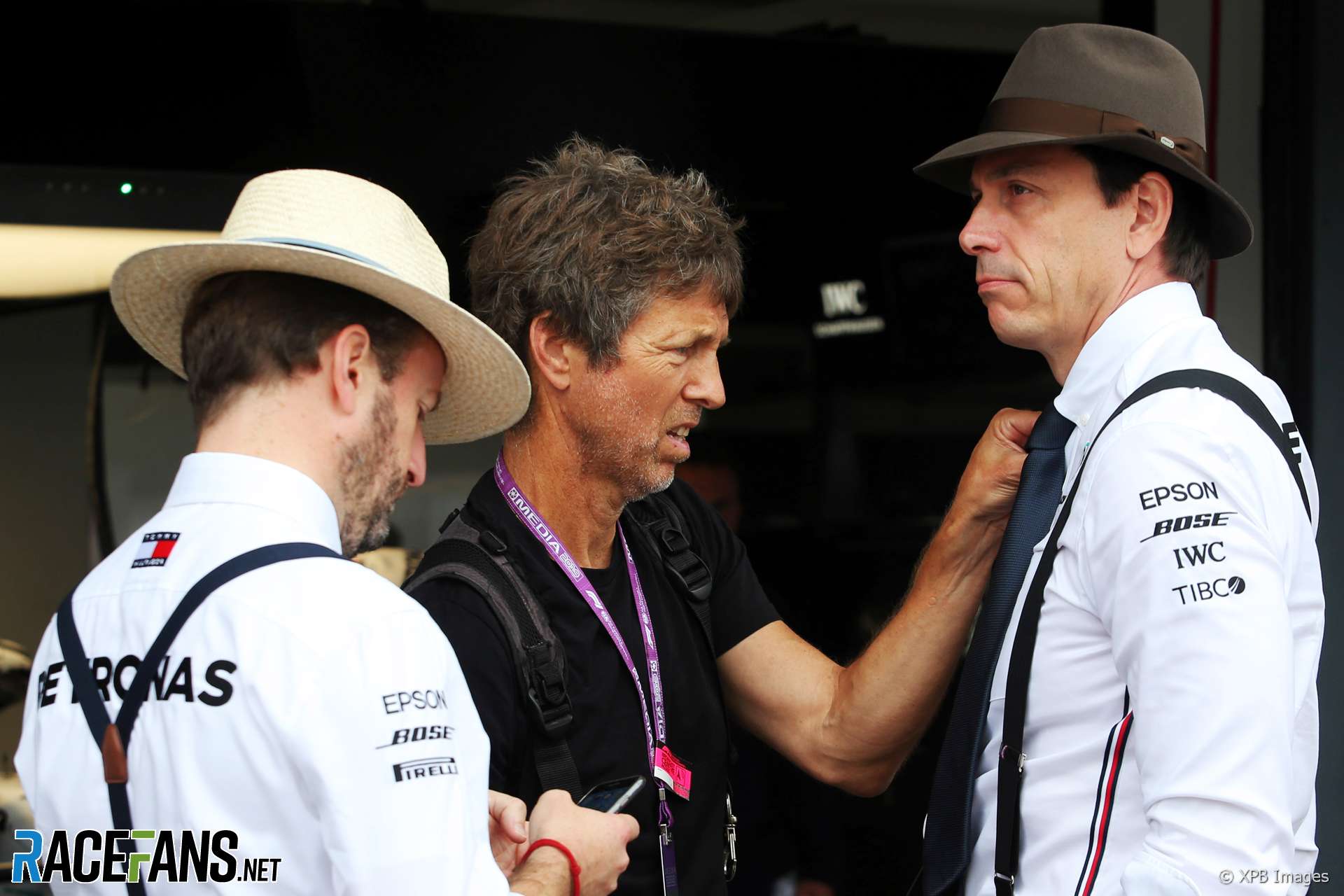 Mercedes team principal Toto Wolff said the team’s point-less finish in the German Grand Prix showed the importance of ‘concentrating on the job’.

The team used its home race to celebrate 125 years of motorsport and ran with a retro-inspired livery and old-fashioned team kit. But a combination of crashes and strategy errors meant the team left the Hockenheimring without adding to its championship tally.

“It shows that you shouldn’t fool around with stuff,” Wolff told Sky. “You should concentrate on the job. We are not superstitious but we believe in karma. It’s a day to learn.”

Wolff said the team “had a decent start of the race with good pace”. Lewis Hamilton led from the start and Valtteri Bottas was still holding second place 26 laps in.

“Then obviously you add incidents, crashing out in tricky conditions, the wrong calls and this is where it all started to go wrong,” he said.

Hamilton’s race went awry when he crashed during a Safety Car period. He came into the pits, collecting a penalty for not following the entrance correctly, but discovered the team was not ready for him.

“It was unfortunate because crashing right at the entry of the pit lane, obviously you’re not prepared,” said Wolff. “And then we made the wrong calls also afterwards. It was all coming together.”

While Hamilton finished out of the points, Bottas crashed out of fourth place with less than 10 laps to go.

“Many others made a mistake,” Wolff reflected. “Leclerc crashed, many others crashed. Overall it was for us a bad day, it was for the drivers a bad day. It simply cannot go much worse.”