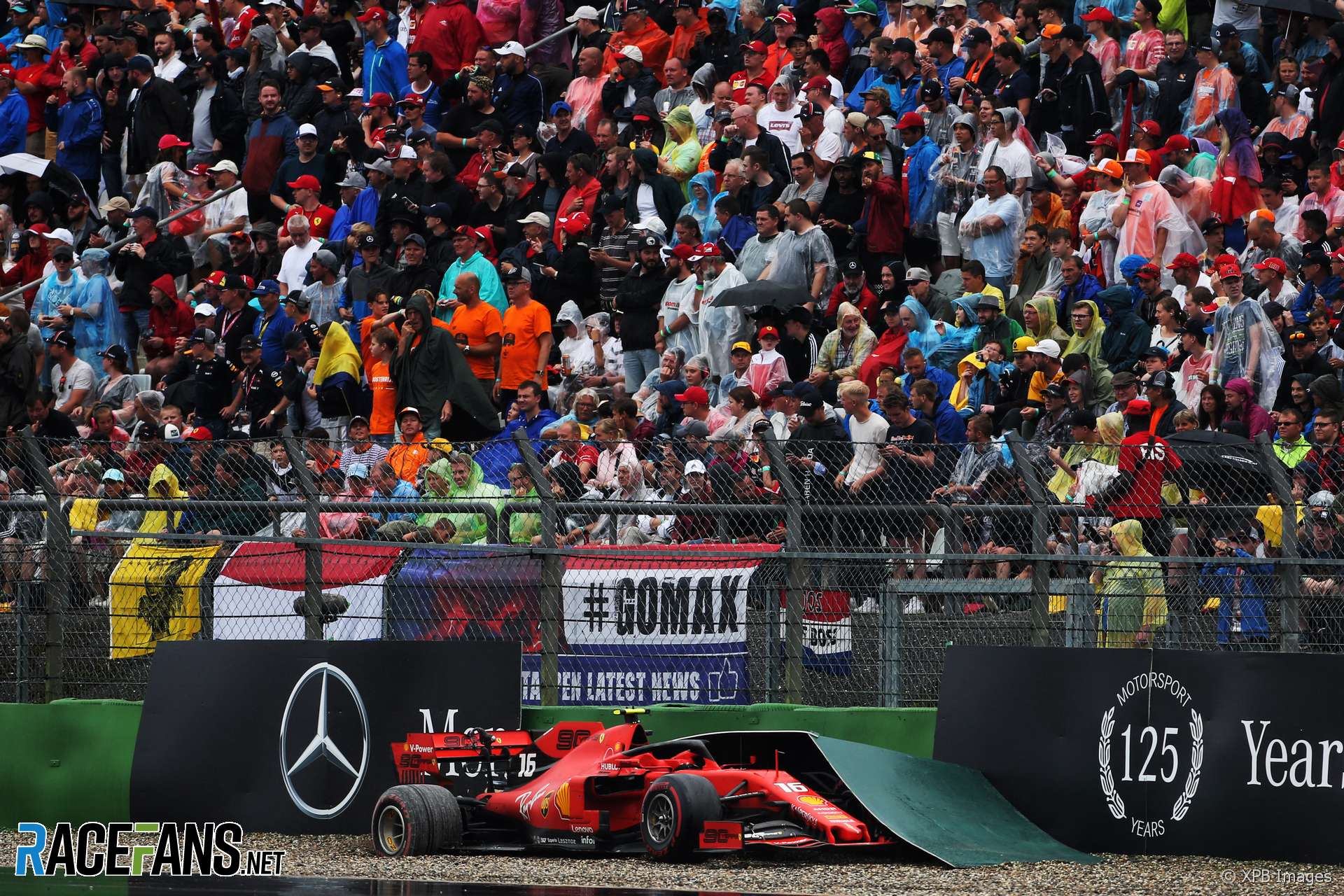 An unhappy Charles Leclerc criticised the “unacceptable” run-off area at the outside of turn 15 after the crash that put him out of the German Grand Prix.

The corner was the scene of multiple incidents and crashes during the race. Leclerc crashed after losing control of his car on the Tarmac drag strip at the exit of the corner.

“It was very slippery,” said the Ferrari driver. “The only thing I can say is I think it’s unacceptable to have this type of Tarmac exit out of the two last corners there. It’s like a dragster track and once you go on it, it’s just very, very dangerous

“So my mistake was not huge but the fact that going on this Tarmac I had absolutely no control over the car.”

However Leclerc said he was solely to blame for the crash which put him out.

“This is in no way an excuse to the mistake. I take full responsibility of it. But I believe that this type of Tarmac should not be on a Formula 1 track.”

Leclerc’s crash came after his car was repaired overnight following the fuel system problem which put him out of qualifying yesterday.

“It feels very bad,” he said. “I feel very bad for the team, for the fans, for everyone that has been working also to put the car back together for today. It’s a big shame.”

79 comments on “Leclerc fumes over “unacceptable” run-off after crash”