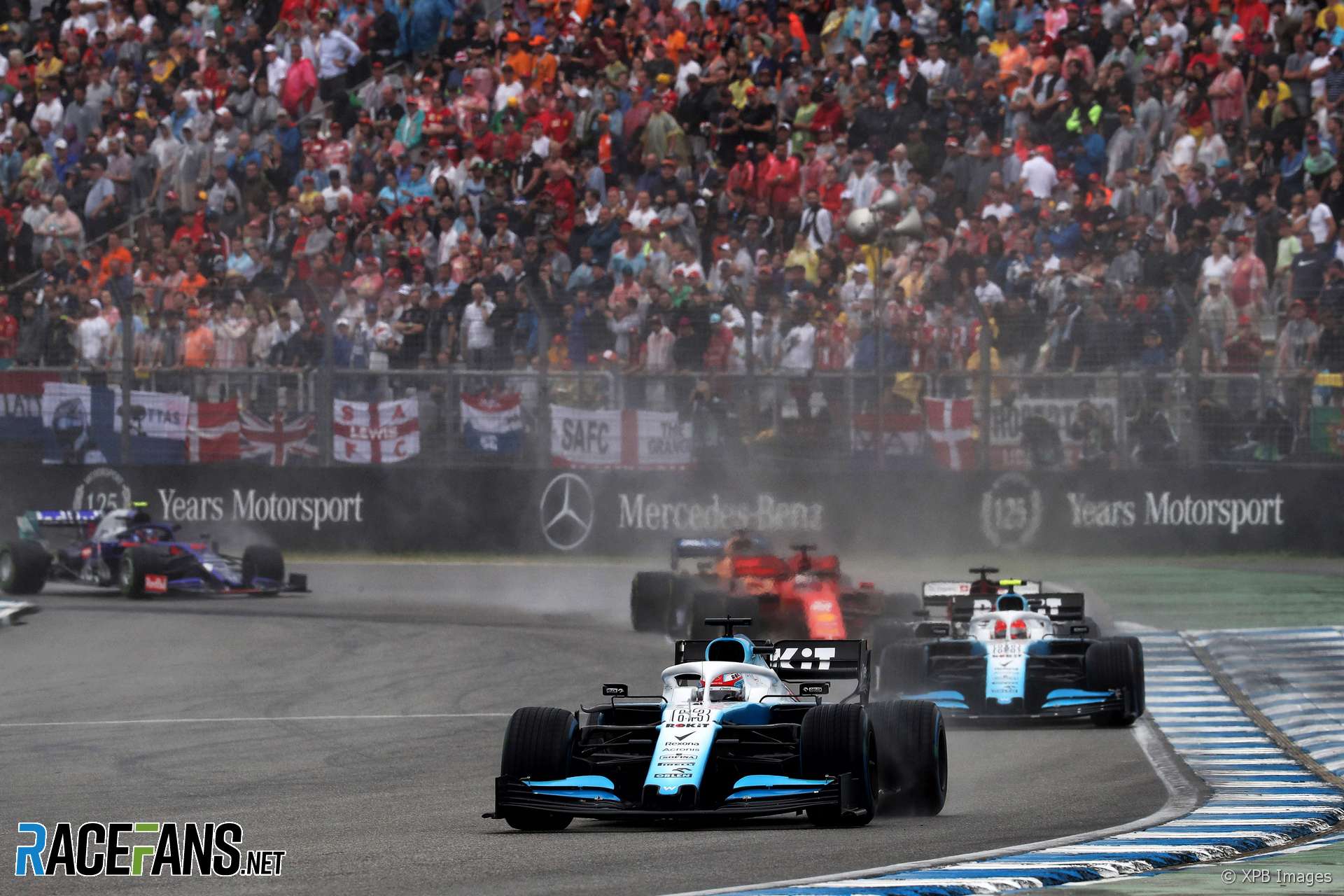 But Williams opted not to gamble on slicks. Stroll, who had been behind Russell before his final switch to slicks, briefly took the lead of the race and ended up fourth.

After the race a disappointed Russell admitted: “We should have taken slicks under the penultimate safety car, but I think we took the conservative approach when we should have maybe rolled the dice.

“There were 13 or 14 other drivers on the grid who didn’t do that so it’s not exactly that we made the wrong call, but we had the opportunity to make the right call.”

Russell had advised his team several laps earlier that the track had dried sufficiently for slick tyres. However his engineer told him to “stay out” as he approached the pit lane entrance. Behind him, Stroll headed for the pits. Russell noticed this immediately and urged his team to keep an eye on Stroll’s progress.

More drivers pitted for slicks the next time around, but Williams continued to leave Russell out. After another lap he was finally called in, having just exited turn one. He was passed by Stroll at the next corner.

An error by Russell on lap 51 cost him his final chance at a point. He ran wide at turn two, which allowed Robert Kubica to overtake him. Kubica went on to finish 12th, and was promoted to 10th and the final point when the Alfa Romeo drivers were penalised.

32 comments on ““I think it’s slicks, mate”: How Russell missed his first chance for points”