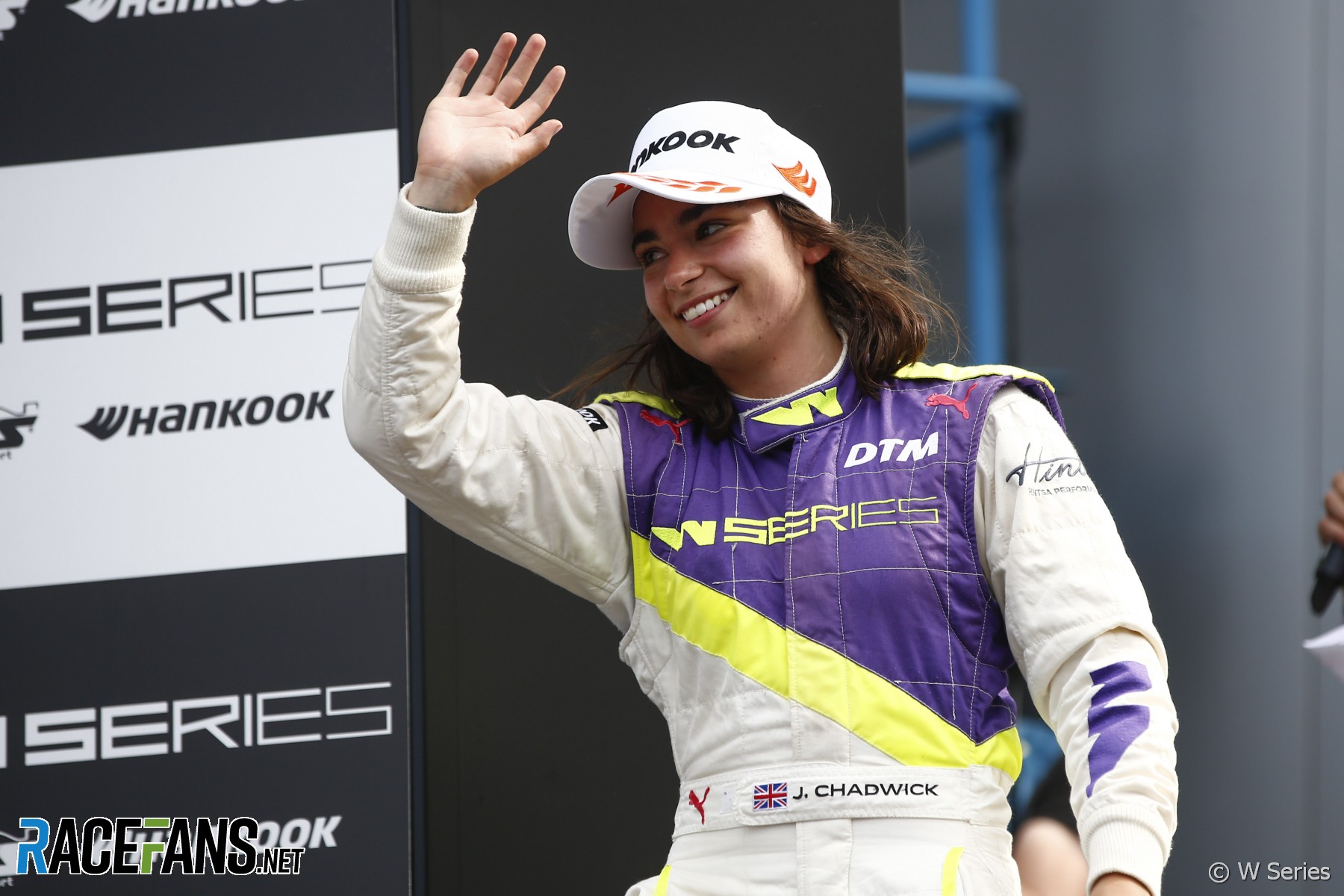 Despite taking the chequered flag behind title rival Beitske Visser, and failing to finish on the podium for the first time this year, Chadwick’s fourth place was enough to secure the title by 10 points.

Chadwick started the race from her third pole position of the season and held off fellow front row occupant Powell on the run to Paddock Hill Bend. However over the pair remained in close contention over the opening laps, hotly pursued by Assen winner Emma Kimilainen, and Visser following a few lengths behind.

While Kimilainen initially looked like taking a pop at Powell, Chadwick’s pace meant she was soon the one under pressure. Eventually Powell divided down the inside at Paddock Hill, and Kimilainen was close enough to follow her through, relegating Chadwick to third.

Visser took a look at passing her title rival but Chadwick held firm, despite knowing fourth behind Visser would deliver the championship. However a Safety Car period in the final minutes brought renewed pressure.

When the race resumed with just over five minutes left on the clock, Visser was all over Chadwick once again. Eventually Chadwick decided the risk of containing Visser was too great, and left her rival room as they headed to Sheene curve.

Fabienne Wohlwend sustained the pressure on Chadwick until the flag, but to no avail. Chadwick’s fourth place delivered her second single-seater title, following on from her MRF Challenge title win earlier this year.

Kimilainen pressured Powell hard, the pair crossing the line separated by half a second, Powell clinching her first win in the category. Despite the late Safety Car period, Visser was over five seconds behind in third place.

Vicky Piria took sixth ahead of Jessica Hawkins, Marta Garcia, Caitlin Wood and Sarah Moore. Esmee Hawkey was fortunate to avoid being hit at the start when she stalled from third on the grid, and Miki Koyama was given a drive-through penalty for being out of position on the grid at the start, then caused the late-race Safety Car period by spinning at Sheene.