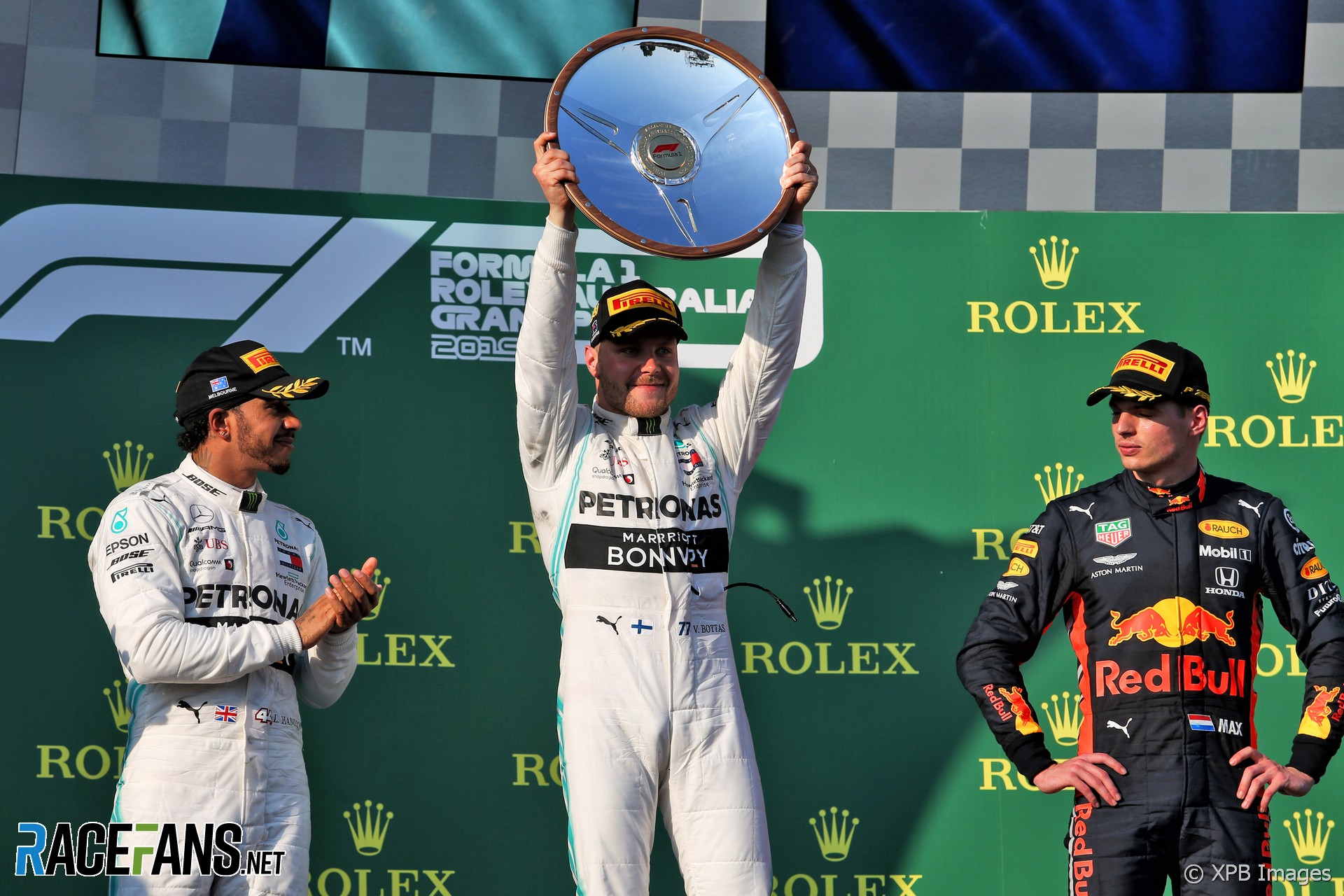 The hype machine went into overdrive when Valtteri Bottas won the opening race of the season. For two weeks all we heard about was ‘Bottas 2.0’ and witless porridge memes.

Coming off the back of a win-less 2018, this was a crucial victory for Bottas. When he followed it up with another win in Azerbaijan, and returned from the opening fly-away races as the championship leader, it seemed he genuinely was in with a chance of ‘doing a Nico Rosberg‘.

But the difficulty Bottas has faced in sustaining that championship challenge has served to prove what an overwhelming competitor his team mate Lewis Hamilton is. The pair divided up the first five races between them, taking one-twos in all of them, but then Hamilton went on a run of four straight wins, asserting his superiority.

After 10 races, Bottas was still within touching distance. Then he collapsed. A crash in Germany and a rash first lap in Hungary have all but killed off his title hopes.

Have they also ended his changes of staying at Mercedes? This would surely be a harsh call under the circumstances. Mercedes have taken seven one-twos from the first 12 races. Bottas has as many pole positions as Hamilton – four – and on average has lapped within a tenth of a second of his team mate on Saturdays.

As far as Bottas is concerned, this has been his best campaign to date. “On paper I think it’s been best so far,” he said. “For sure it still could be better. If I point out different races there’s for sure a few that I could have gained more points, especially [Germany].

The problem for Bottas is that having started the season strongly, by the end of the summer break he will have gone four months without a win.

“I think the first few [races] I had the wind on my side,” he said. “[Then] I think Lewis got it. Then it’s been just a bit mixed and every race has been different. That’s just how this sport sometimes goes.

“It all comes down to me being at my best level weekend which is obviously in any sport or anything you do, that’s the tricky part, to get that one hundred percent or the maximum you can get out of yourself and nail every single session and set-up direction and lap in qualifying that matters and also in the race. There’s so many details to get right. But I still believe in myself as hard as I did after the first race of the season and I know I can win.”

Do Mercedes still share that believe in their driver? They are weighing his record so far against the potential offered by Esteban Ocon. Given how close Bottas has been to Hamilton on pure performance, if Mercedes do decide to promote Ocon, it will show they regard him very highly indeed.

35 comments on “Bottas trailling Hamilton despite ‘best season so far’”