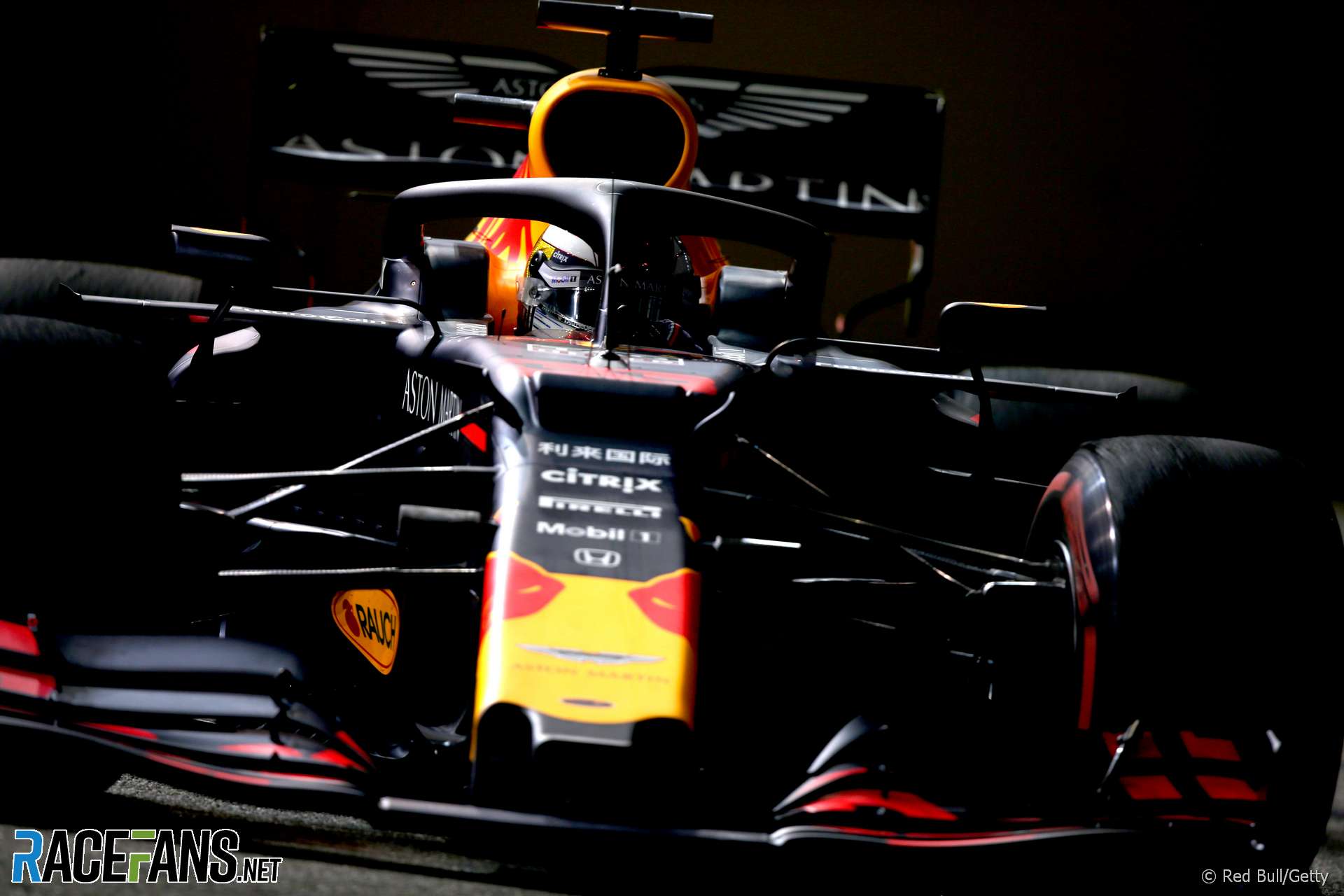 When Lewis Hamilton takes a break from Mercedes’ usual game of expectations management to talk about how good his car feels this weekend, that tends to be an ominous sign for his rivals.

But on the strength of Friday practice at least one other driver looks like being in contention this weekend. Max Verstappen was within two-tenths of a second of Hamilton on his soft tyre run in second practice despite losing time in traffic at the end of the lap.

“I only improved two tenths compared to my hard tyre,” he explained. “So I think we look very strong but of course also Lewis looks very strong.” Verstappen lost four tenths of a second to Hamilton in the final sector having been quicker up to that point.

Friday practice in Singapore tends to be a particularly unrepresentative day of running as the cars run earlier in the day on a hotter, dustier track than they will see later in the weekend. Last year the pole position time was over two-and-a-half seconds quicker than the best lap time seen on Friday.

The big question for Mercedes is whether they can sustain this kind of pace over a long stint in the race or whether they will be limited by the heat. This was a big problem for them in Austria, though their one-lap pace was respectable, which partly disguised the depth of their plight until race day.

One-lap pace is, of course, vitally important at a track like this where overtaking is so hard. “The most important [thing] will be to start [as far] up on the grid as we can because it’s really, really tough to overtake,” noted Pierre Gasly after an encouraging day in his Toro Rosso. “Quali will be massively important.”

Ferrari should be stronger than they appeared on Friday, as their second practice runs were spoiled by traffic. Nonetheless Vettel is wary that the track does not play to their strengths, even with their latest nose job.

“Hungary is the comparison,” he said. “I think today maybe it’s not the right day to compare. Tomorrow will be a lot more straightforward.

“On our side I don’t think it has been a clean Friday. So we’ll see but I think Mercedes looks very fast and faster than us.”

The leading teams clearly still have plenty of pace in hand. However as Vettel indicated it’s the teams who were relatively strong on the last high-downforce track – Hungary – who are impressing again this weekend. The stand-outs further back in the pack along with Toro Rosso are McLaren and Williams.

The latter have come closer to beating their 2018 benchmark time than any other team so far this weekend. George Russell even managed to out-pace one of the Haas drivers.

“Fridays, the last few races, were pretty good,” reflected Romain Grosjean, “but here we’re down there with the Williams and we need to find solutions to improve.”

At the sharp end, Saturday promises to be an intriguing battle between Hamilton and Verstappen. Will their team mates join in the action as well? Both have in the region of a second to find after today’s running, which is a tall order.

9 comments on “Can anyone besides Verstappen rival Hamilton in Singapore?”