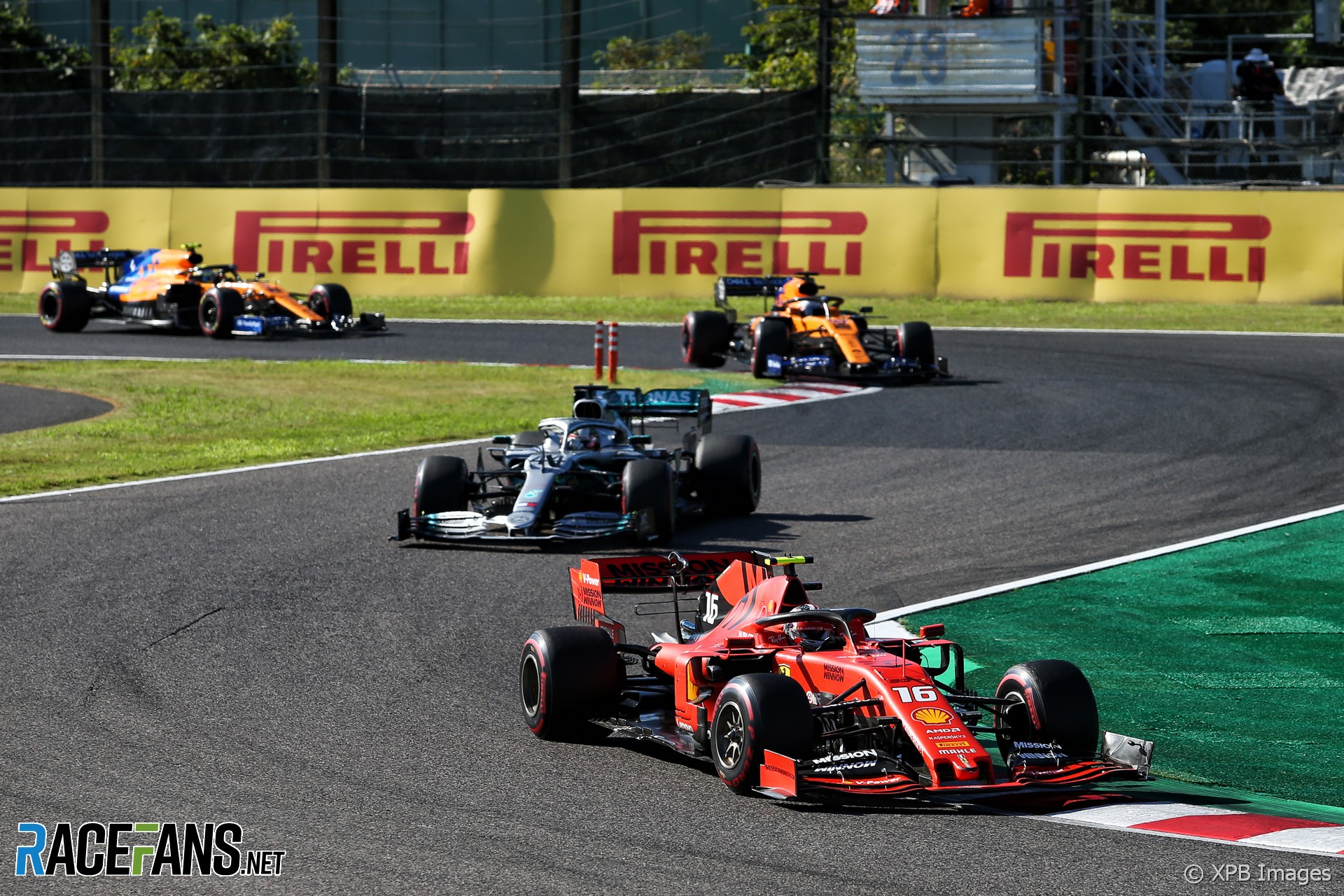 In the round-up: McLaren team principal Andreas Seidl criticised Ferrari for leaving Charles Leclerc on track in a damaged car.

Seidl said he will “definitely speak to the race director” about the incident after Lando Norris was forced to pit with overheating brakes after collecting debris from Leclerc’s car.

We obviously strongly disagree with competitors living cars out on track with entire front wing end plates hanging down, putting everyone at risk. Unfortunately when this end plate then exploded [Norris was] catching in our front-right brake duct debris from Ferrari.

The brake temperature went through the roof so we had to box him to clean it. And then the race was over. I mean he still tried and did a great drive in terms of pace also to get back but it was not possible.

Bottas and Raikkonen are in the same car during the drivers' parade. I'm assuming Bottas' original car must have broken down, which seems to happen to at least one car every year at Suzuka. I remember one year we even had a newly-married couple do a lap #JapaneseGP

The chills when the circuit tannoy shouts “ARE YOU READYYY” and the crowd actually erupts… what a place.

Vettel doesn't seem that relaxed. He was looking in the cockpit when he got out of the car on the grid and I've seen him tightening his laces four times. Was also late to the anthem #F1

Congratulations from all of us for nailing another well-deserved Constructors' Championship today 🏆! @MercedesAMGF1

I felt that both Leclerc and Albon deserved a penalty. Neither had full control of their car and caused race ending/changing damage to another competitor. The jump start from Vettel is a tech decision. If he was in his start box with no relative movement at lights out then legal

Points for the team in Japan (Racing Point)

"There was confusion at the end because the chequered flag came out a lap early, so when I was taken out by Gasly the race had already finished. With the fresh tyres I was much faster than him. I was ahead of him and left enough room so there was no need for the contact."

"Nico also accepted to play the team game, which played out nicely for the team, so big thanks to him."

"At least 26 people have died due to Typhoon Hagibis in Kanagawa, Tochigi, Gunma, Miyagi, Fukushima, Saitama, Iwate, Nagano, Ibaraki, Chiba and Shizuoka prefectures. 18 people are missing, and 175 are injured."

Did Mercedes blow a clear chance at a one-two finish yesterday?

Mercedes missed an opportunity today for a one-two finish. Why, I don’t know, but they seemed to hard work to avoid it and Hamilton nearly upset the plan by getting so close to Vettel and very nearly getting past him for second.
Witan

71 comments on “McLaren: Ferrari “put everyone at risk” leaving Leclerc out”