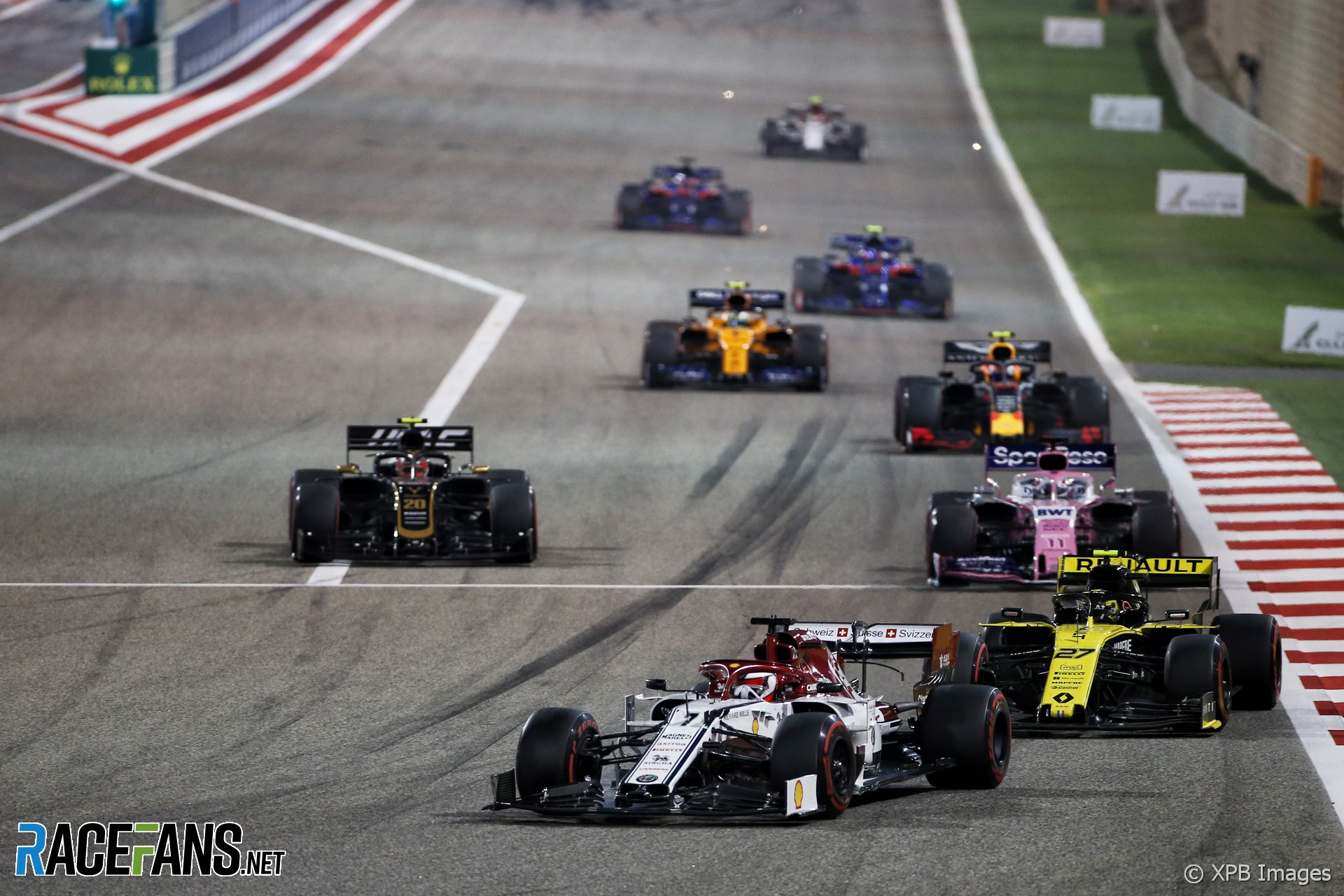 Kimi Raikkonen’s season was almost the opposite of Pierre Gasly’s, though not to the same extremes. Having been second among the midfielders in the championship at the summer break, he only finished in the points once over the rest of the season.

But what a result that was: Fourth place at Interlagos, the team’s best finish since Kamui Kobayashi finished on the podium at Suzuka seven years ago when it was still called Sauber.

No longer up against a driver with comparable talent and experience as he was last year, Raikkonen easily showed Antonio Giovinazzi the way for much of the season. Over the opening races Raikkonen was consistently among the top 10 – like Daniel Ricciardo, doing exactly the kind of consistent points-grabbing which someone of his calibre is expected to do when they trade a front-running car for a midfield one.

But it was telling how swiftly Giovinazzi got on terms with Raikkonen’s one-lap pace. Combine Giovinazzi’s late-season Saturday performances with Raikkonen’s dependably superb race pace and it’s hard to avoid the impression Alfa Romeo were capable of better than eighth in the championship.

That Brazil result disguised the fact the car’s performance slumped badly in the second half of the season, reaching a low at the very final race. But Raikkonen, too, was off his game when the season restarted.

He incurred a slight leg injury ahead of his return at Spa, enough to prompt the team to summon reserve driver Marcus Ericsson to be on hand for the race weekend, though he wasn’t needed. Raikkonen tangled with Verstappen at the start, which ruined his race.

There were some notably poor performances over the following events. He crashed twice at Monza, tangled needlessly with Daniil Kvyat in Singapore, ruined his race with a jump start at Sochi and was never in the hunt for points at Suzuka.

With the end of the season in sight, Raikkonen raised his game. He deserved points at Circuit of the Americas but the car wasn’t quick enough. Then at Interlagos he capitalised on the chaos ahead of him for that fourth place – though a podium was in the offing had he found a way past Sainz ahead of him on older tyres.

Leaving Ferrari behind for the less corporate environment of a team which, though labelled by a car manufacturer, is closer in spirit to the independent team he arrived in F1 with, seems to have agreed with Raikkonen. But his late-season dip in performance tempts the inevitable question whether he’s got the appetite for 20-plus races a year in a car which at its best is unlikely to put him in the hunt for podiums.

What’s your verdict on Kimi Raikkonen’s 2019 season? Which drivers do you feel he performed better or worse than? Have your say in the comments.