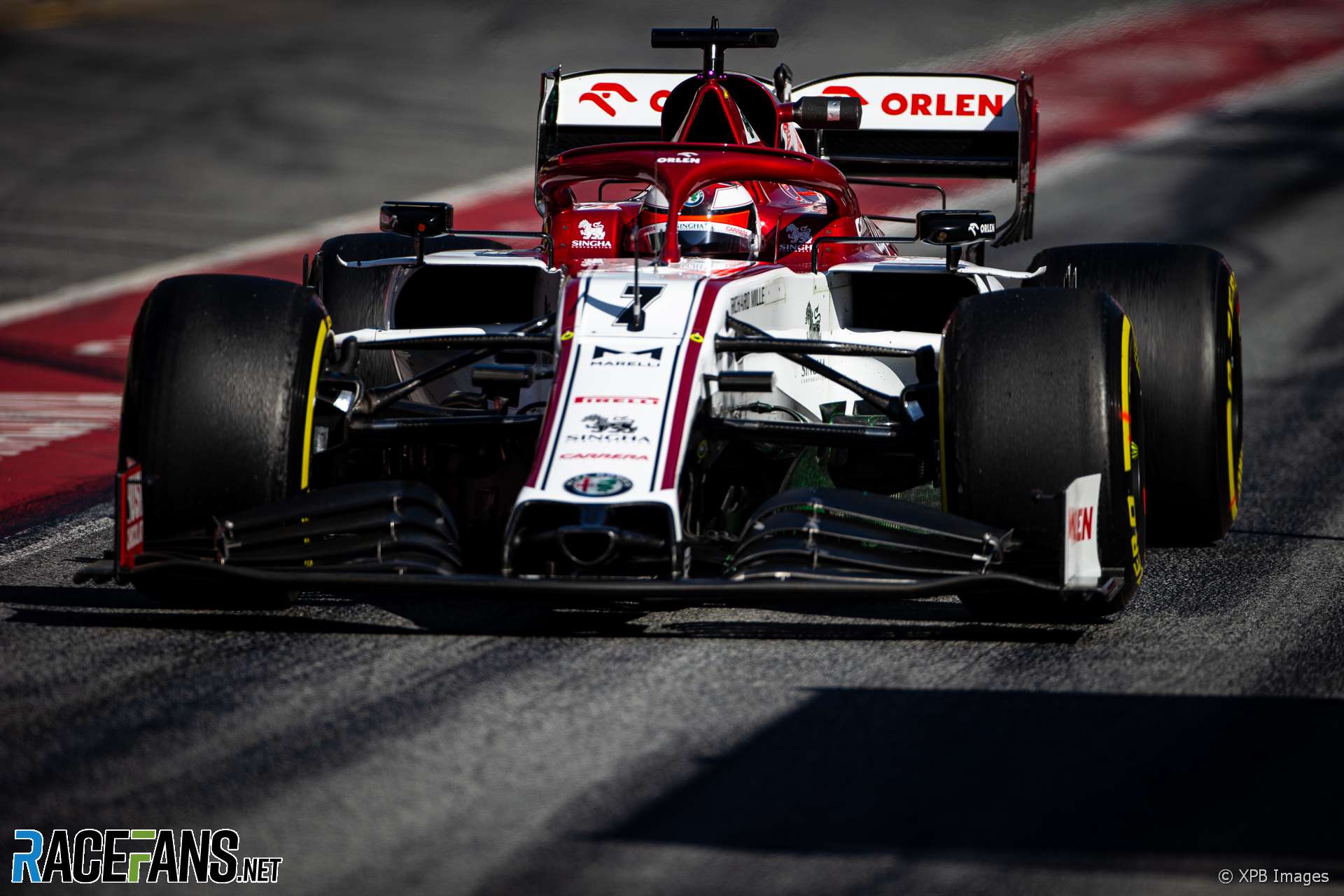 Kimi Raikkonen set the fastest time of the second day of testing, lapping a tenth of a second slower than Lewis Hamilton’s benchmark time from yesterday.

[f1tv2020testa]The Alfa Romeo driver put more than two grand prix distances on his C39, as did six of the drivers in action at the Circuit de Catalunya today. But Raikkonen also caused the first red flag of the entire test 17 minutes from the scheduled end after coming to a stop approaching turn nine.

Sergio Perez, quickest in the morning, ended up second overall, covering 144 laps. Renault’s Daniel Ricciardo was third, sharing the car with Esteban Ocon again, but the RS20 was the only car which covered less than 100 laps.

After a steady start while he got his seat to his liking, Alexander Albon managed 132 laps and the fourth-fastest time. Busiest of all was Romain Grosjean, who managed 158 laps in his Haas despite losing time when he went into a barrier backwards, damaging his rear wing.

The Mercedes drivers mustered 183 laps between them, and caught the attention of the paddock when Lewis Hamilton was spotted using the team’s new ‘DAS’ device, which appears to allow the drivers to adjust the toe angle of their front wheels.

The afternoon didn’t go as smoothly for bValtteri Bottas, who had to jump out of the W11 in the pits when an electrical problem was detected. His car was pushed into the garage where it was isolated.