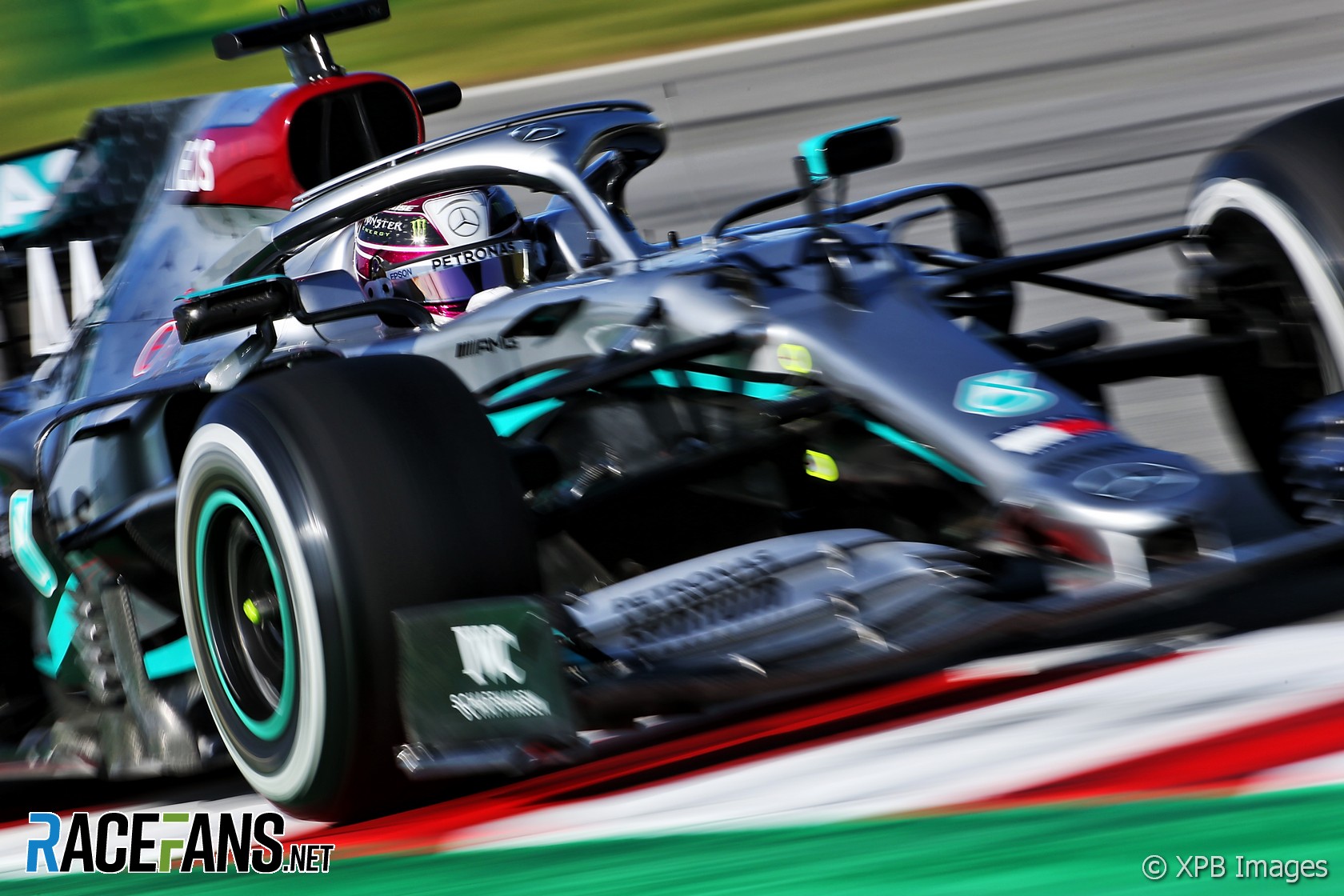 Lewis Hamilton says Pirelli must produce better tyres for the 2021 F1 season, after teams rejected plans to use the new tyres they designed for 2020.

Formula 1 will use the 2019-specification Pirelli tyres again this year. But that won’t be possible next year when the sport switches to a new 18-inch tyre format.

“They brought 2020 tyres which were worse,” said Hamilton. Pirelli expects it will have to set higher minimum tyre pressures when using its 2019 rubber on the faster 2020 cars.

“It’s easy for us to go into another season with the same tyres,” Hamilton continued. “The fact that they pump them up more isn’t so great, because they were fine last year, but they’re definitely way too inflated.

“We just need to make sure that we always want to be working with the best technology, the best technology partners, I think, moving forwards. We’re just going to keep on pushing them to try and do better. But these tyres will be OK for this year.”

Hamilton stressed his concern over the tyres and suggested Formula 1 should be prepared to change suppliers if needed. Pirelli is at the beginning of a new, four-year contract as F1’s exclusive tyre provider. “That’s a very, very important line that we need better tyres,” he said.

Formula 1 sets its annual tyre requirements down for Pirelli in a ‘target letter’. “I don’t know who’s written it this year, but they obviously didn’t do a good job of the one for the 2020 tyres,” said Hamilton. “So I hope for 2021 that we have a better target and one that they’re able to meet or a manufacturer is able to meet.”

Responding to Hamilton’s comments, Pirelli’s head of Formula 1 and car racing Mario Isola said they were in the process of agreeing the ‘target letter’ for 2021.

“First of all, it’s important that we are now in the process of finalise the famous target letter, because last year we had many discussions but at the end of the day we didn’t finalise anything,” he said. “At a certain point of the year, we said, OK, let’s focus on 2021. It is much better, we want to understand which are the targets for 2021.”

Isola said some of the requirements for 2021 have already been agreed. “The main target, the priority is to reduce overheating. The second target that is very important is to have a wider working range, that is another common [point] from drivers.

“Obviously also in the target letter we have numbers for delta lap time and the level of degradation, wear life and so on. But I believe that the looking also at the comments from drivers we need to be focussed on overheating reduction and the wider working range. And the two are connected.”

Pirelli has already begun testing its prototype 18-inch tyres for 2021. Charles Leclerc drove a modified Ferrari fitted with them at Jerez in Spain earlier this month.

“I spoke to Charles,” said Isola. “Jerez is not a circuit where we go with Formula 1 very often, so it’s just a subjective feeling, but he told me that he felt much less overheating on the 18 inch tyres.

“It could be because of the diameter, the cooling of the tyre itself or any other effect. But I believe that we are going in the right direction. Now we are at the start of the process so we want to continue in this direction.”

However Isola expects drivers are likely to be unhappy with aspects of the 2019 tyres. “I know the drivers will struggle with overheating this year with the tyres from last year,” he said.

39 comments on “Hamilton: Pirelli must produce better tyres for 2021”