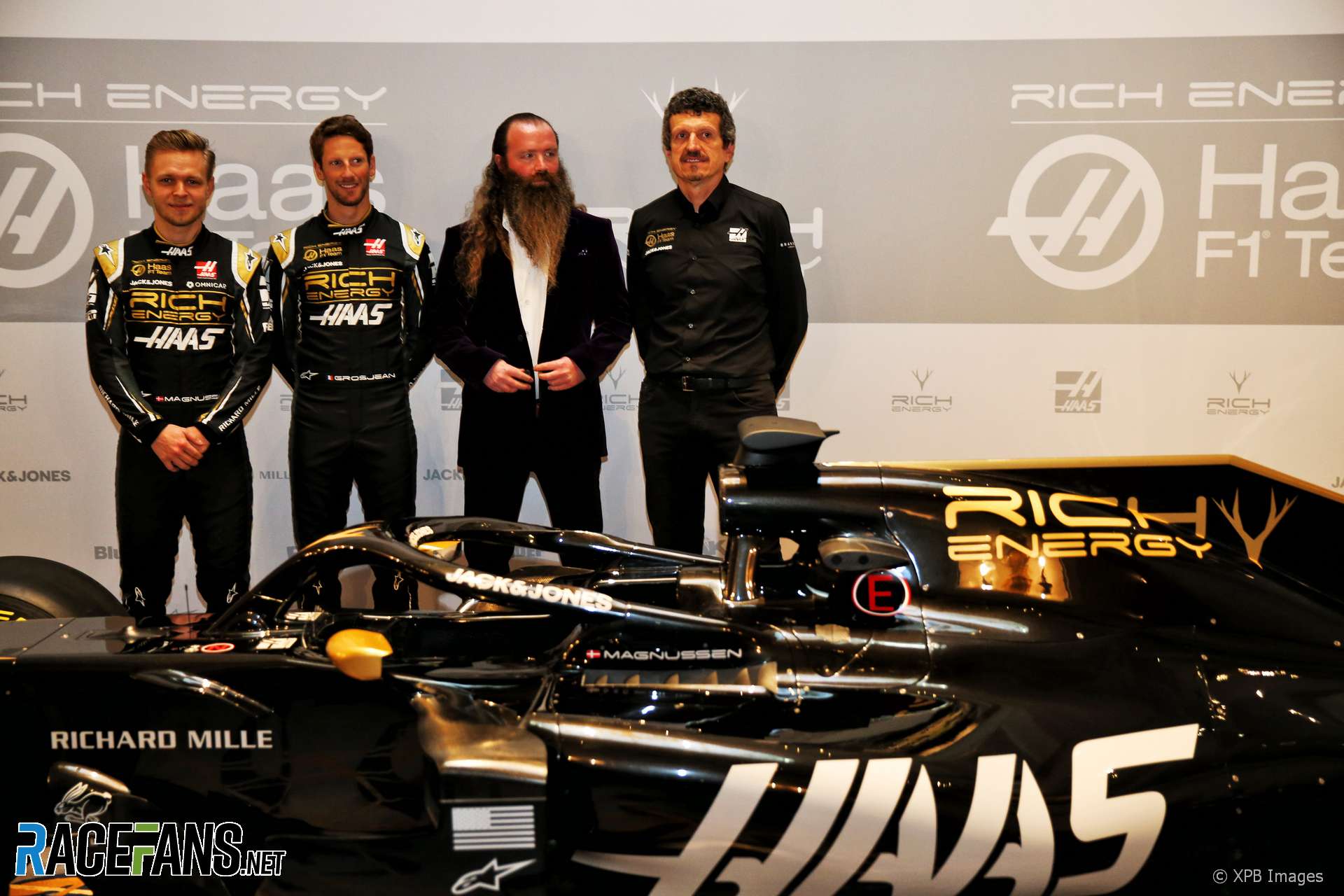 The energy drinks brand joined the team at the beginning of 2019. But after just nine races the company announced it had cancelled its deal with the F1 team.

Rich Energy CEO William Storey repeatedly criticised Haas on social media, and the two formally split over the summer break. According to Haas, Rich Energy only made the first of their scheduled payments under their deal.

Steiner, who told RaceFans in 2018 the Rich Energy deal had come about “pretty quickly”, admitted the team will approach future deals with other sponsors more cautiously.

Before the split from the team, Rich Energy also had to change its logo due to a court case over copyright infringement, which it later lost.

Steiner added there are signs Formula 1’s growing popularity since its takeover by Liberty Media will make it easier to find more sponsors in future.

“I think there is an incubation time, people need to realise that,” he said. “Formula 1 for a while was not growing, was not getting better, and I think Liberty is doing a good job in growing it and showing that the footprint gets better, that the TV gets better. In general it’s up. But it takes some time.”