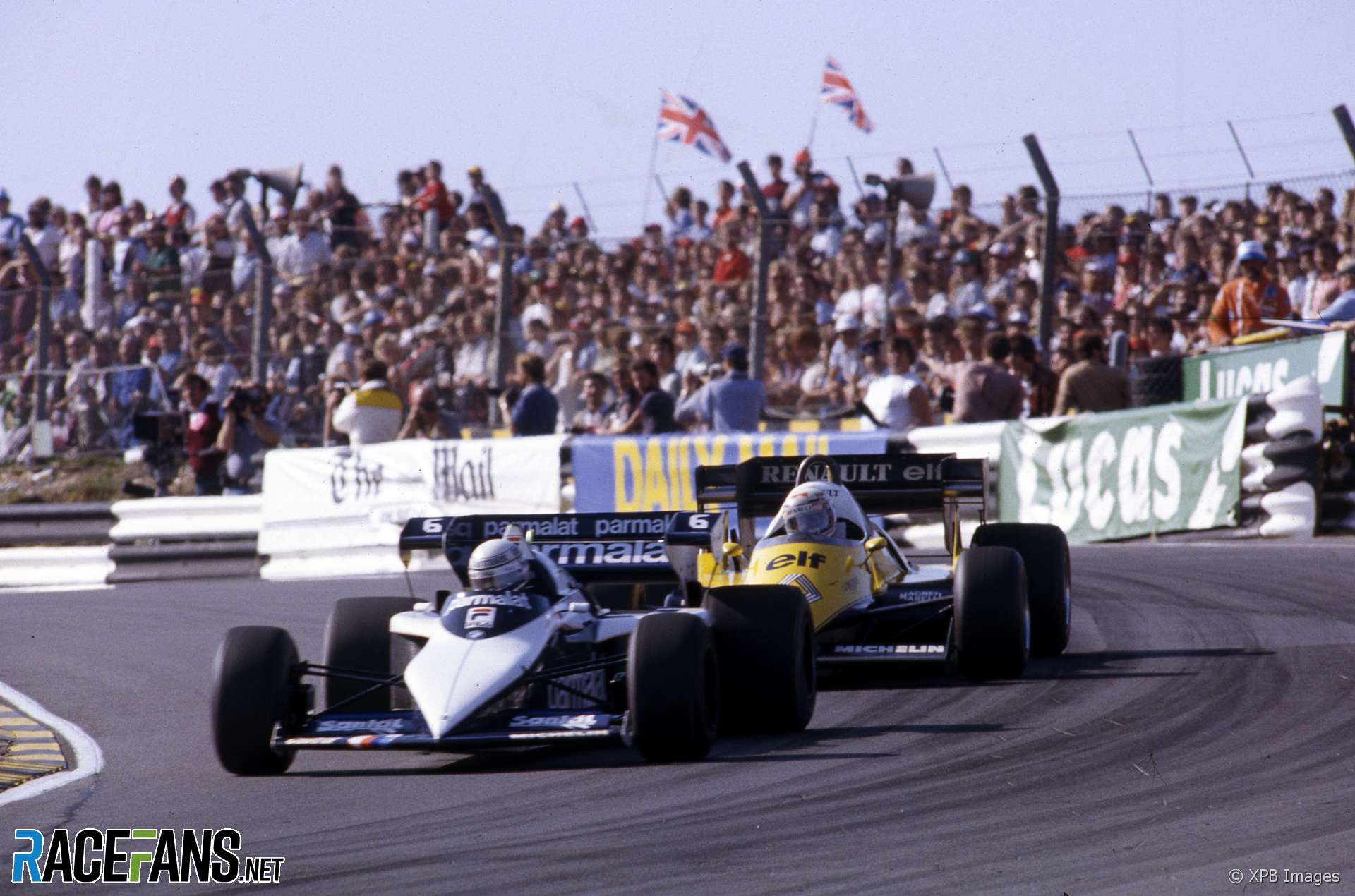 How will the 2020 F1 season ever get started? And once it does begin, how will the organisers make sure they hold enough races?

One solution which has been put forward, as reported last week, is to run at some venues more than once.

As far as the world championship is concerned, this would be unprecedented. No track has ever held two points-paying races in the same year.

The nearest thing to this was the sole round of the championship to be held on Berlin’s AVUS course in 1959. That was run over two heats, but paid points for one round. Conversely, in 2014, Abu Dhabi held a standard race but paid points for two, a disastrously unpopular experiment which was quickly scrapped.

However in the days of non-championship races it was common for F1 cars to race on the same circuits more than once per year. This was especially so in Britain, thanks to its ready supply of local teams, though top rivals from abroad such as Ferrari and Ligier were often persuaded to make the trip.

Silverstone, which is being tipped as one of the tracks which could hold multiple races this year, regularly played host to both the British Grand Prix and the BRDC International Trophy in the seventies. Brands Hatch, which shared duties hosting Britain’s world championship round at the time, also held its non-points Race of Champions event, among others.

Non-championship races went into decline in the late seventies as the championship calendar expanded and teams devoted more time to tyre testing. None were held in 1982, and the following year saw F1’s final non-points-scoring event, the Race of Champions, organised by the British Racing and Sports Car Club and held at Brands Hatch.

Bernie Ecclestone, head of the Brabham team as well as chief of the Formula 1 Constructors’ Association, gave his blessing for the race to go ahead and sent one of his team’s cars for the race on April 10th. But with regular race drivers busy – Nelson Piquet was tyre testing and Riccardo Patrese on sports car duty – former driver Hector Rebaque was recalled to pilot a BT52.

Other top teams also only mustered single-car entries. However the presence of reigning champion Keke Rosberg in his Williams and 1980 champion Alan Jones in an Arrows ensured the title ‘Race of Champions’ was at least accurate. The 13-car field was slim, but featured home favourites John Watson (McLaren) and Nigel Mansell (Lotus).

The race was run over 40 laps, little more than half grand prix distance, yet almost half the starters failed to finish. Among the retirements were all the turbo-powered cars. That left Danny Sullivan to chase the reigning champion home, the pair separated by half a second at the line. Sullivan, who would win the Indianapolis 500 two years later and CART IndyCar title three years after that, took a second place which outstripped anything he managed in his single season of grand prix racing with Ken Tyrrell’s team that year.

Third place for Jones made it two champions out of two on the podium. This was his second and final appearance in the Arrows A6, a car which Marc Surer last week told RaceFans was the favourite of his career.

Jones and four other drivers – Brian Henton, Jean-Louis Schlesser, Chico Serra and Rebaque – did not join the rest for the points-paying European Grand Prix at the same track five months later. This second championship round in Britain that year (Silverstone held the British Grand Prix) was scheduled as a replacement for a cancelled race in New York.

Along with the eight drivers who had contested the Race of Champions a further 21 showed up, meaning three would not make the cut for the 26-strong field. One of them was Williams driver Jacques Laffite, which should have been a surprise, though he had also failed to qualify at Monza two weeks earlier.

In fairness to Laffite, Williams had over-extended themselves by entering a third car for test driver Jonathan Palmer to make his debut in, then were caught out when Rosberg crashed in practice. As they shuffled spares between their cars Palmer made the cut in 25th place, but Laffite watched from the sidelines for the second week in a row.

Elio de Angelis brought joy to Lotus by scoring their first pole position since founder Colin Chapman’s death the previous December; indeed, it was their first for almost five years. It was good news for tobacco brand John Player as well, sponsor of both Lotus and the race. De Angles was out of the main event early however with Renault engine problems.

Alain Prost, Piquet and Arnoux arrived at Brands Hatch separated by just five points at the top of the championship standings. Piquet ramped up the pressure on Prost ahead of the Kyalami decider by repeating his win from Monza, though Arnoux spun out at Surtees and failed to score. Prost limited the damage with second.

Mansell gave Lotus’s sponsor more to be pleased about with third place. This was his first visit to the rostrum in front of his home crowd, and two years later at the same circuit he scored his first of many wins on British soil.

That they ever were able to was a result of the popularity of the sport at the time, which meant race promoters could bank on getting fans in the stands more than once per year. In contrast, this year is very likely to be that even if we do get multiple races at the same venue, the races will almost certainly have to be held in front of empty stands.