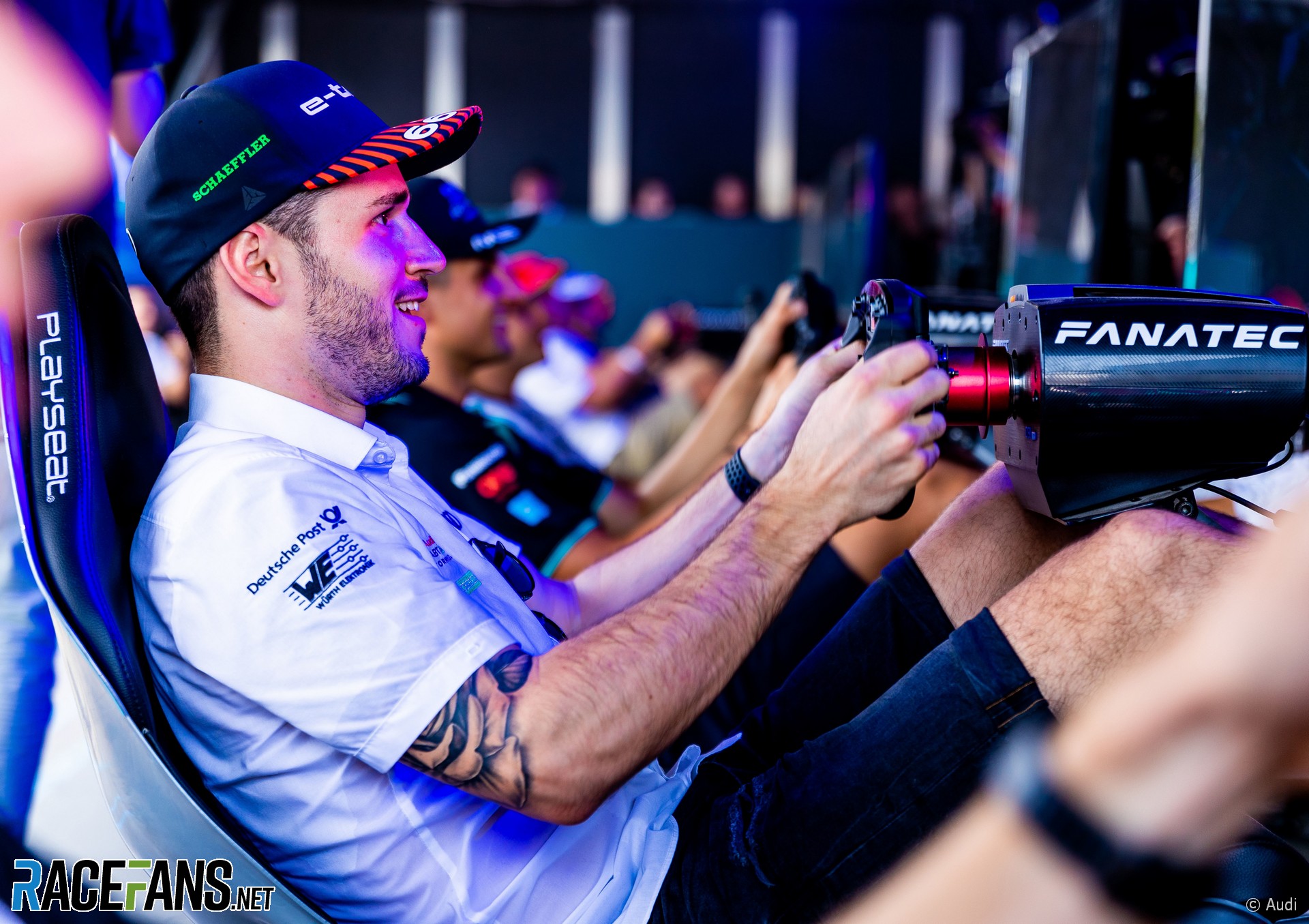 Audi has suspended Daniel Abt from its Formula E team following his disqualification from a charity virtual race last weekend.

Abt was discovered to have arranged for a professional simracer to drive his car instead of him during the Formula E Race at Home round on Saturday. Abt’s car, carrying Audi’s corporate branding and sponsors, placed third in the race before he was disqualified.

“Daniel Abt did not drive his car in qualifying and the race at the fifth event of the Race at Home Challenge on May 23 himself, but let a professional sim-racer do so,” said Audi in a statement. “He directly apologised for this on the following day and accepted the disqualification.

“Integrity, transparency and consistent compliance with applicable rules are top priorities for Audi – this applies to all activities the brand is involved in without exception. For this reason, Audi Sport has decided to suspend Daniel Abt with immediate effect.”

Abt has driven for the Abt-backed Audi team, alongside team mate Lucas di Grassi, in every race since the Formula E championship began in 2014. He has won twice for them, at Mexico City and Berlin in the 2017-18 season.

Following his disqualification, Abt apologised for his actions and agreed to make a €10,000 contribution to charity.