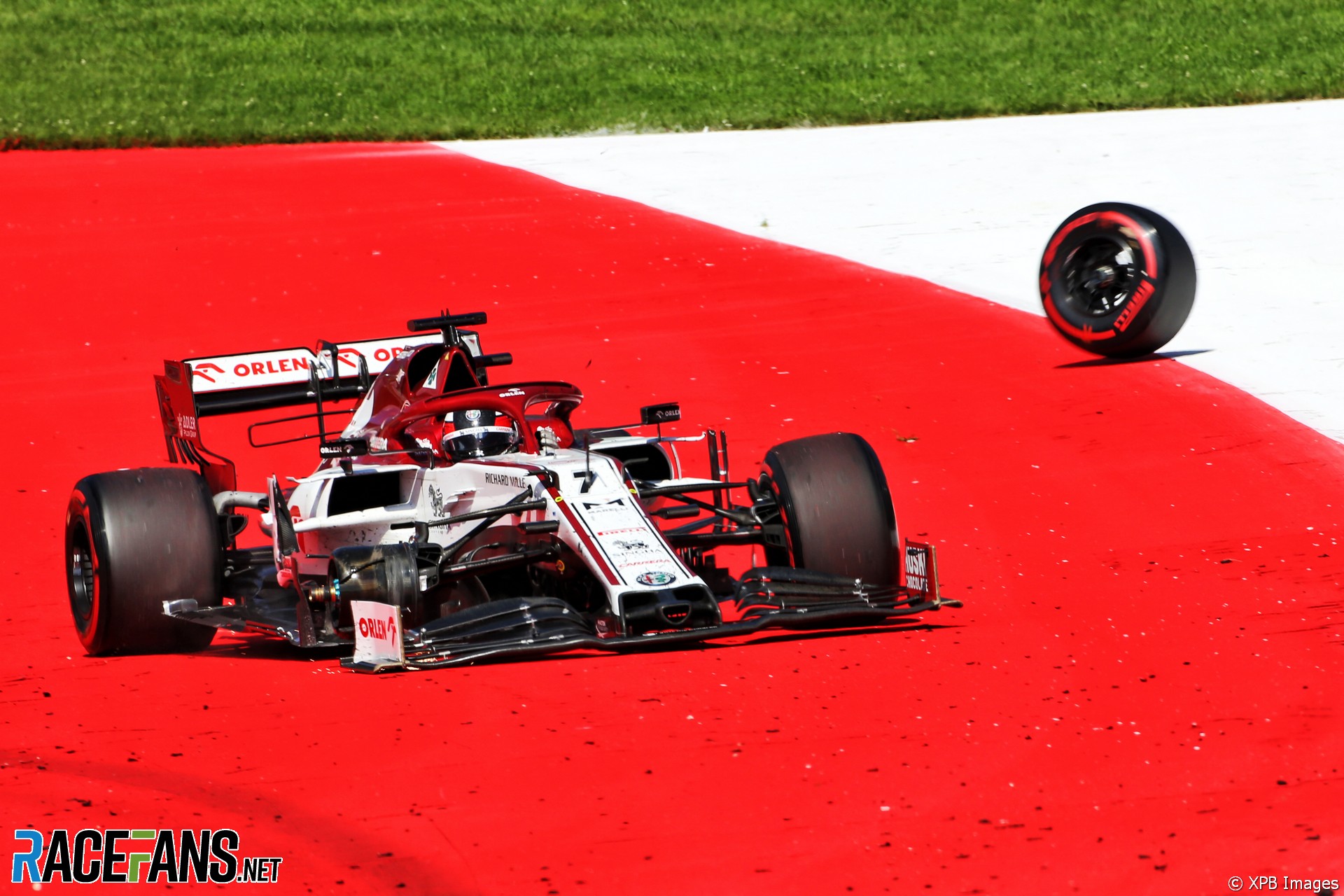 Alfa Romeo have been fined €5,000 after Kimi Raikkonen’s car shed its front-right wheel during the Austrian Grand Prix.

The wheel came off Raikkonen’s car as the race was restarting following a Safety Car period, during which he had made a pit stop.

The stewards discovered the nut holding the wheel in place was cross-threaded when the team attached it during a pit stop. However they acknowledged the team had no way of knowing the wheel was loose once the car returned to the track.

“Having examined photos of the damaged wheel and the axle shaft it is evident that the wheel nut of the RHS front wheel got cross threaded during the wheel change which was not identified by the wheel gun operator,” the stewards noted. “As a consequence the right back wheel went off when the car was back in the race.

“The stewards accept, however, that neither the team nor the driver had the opportunity to realise that the car was in unsafe condition and therefore did not stop the car.”

Raikkonen said it was “a shame to end the race like this when things were looking good.”

“The problem came as a surprise,” he added. “I had no warning it would happen. We will need to investigate what happened. For now, we can take some positives from our pace in race conditions and keep improving the car.”