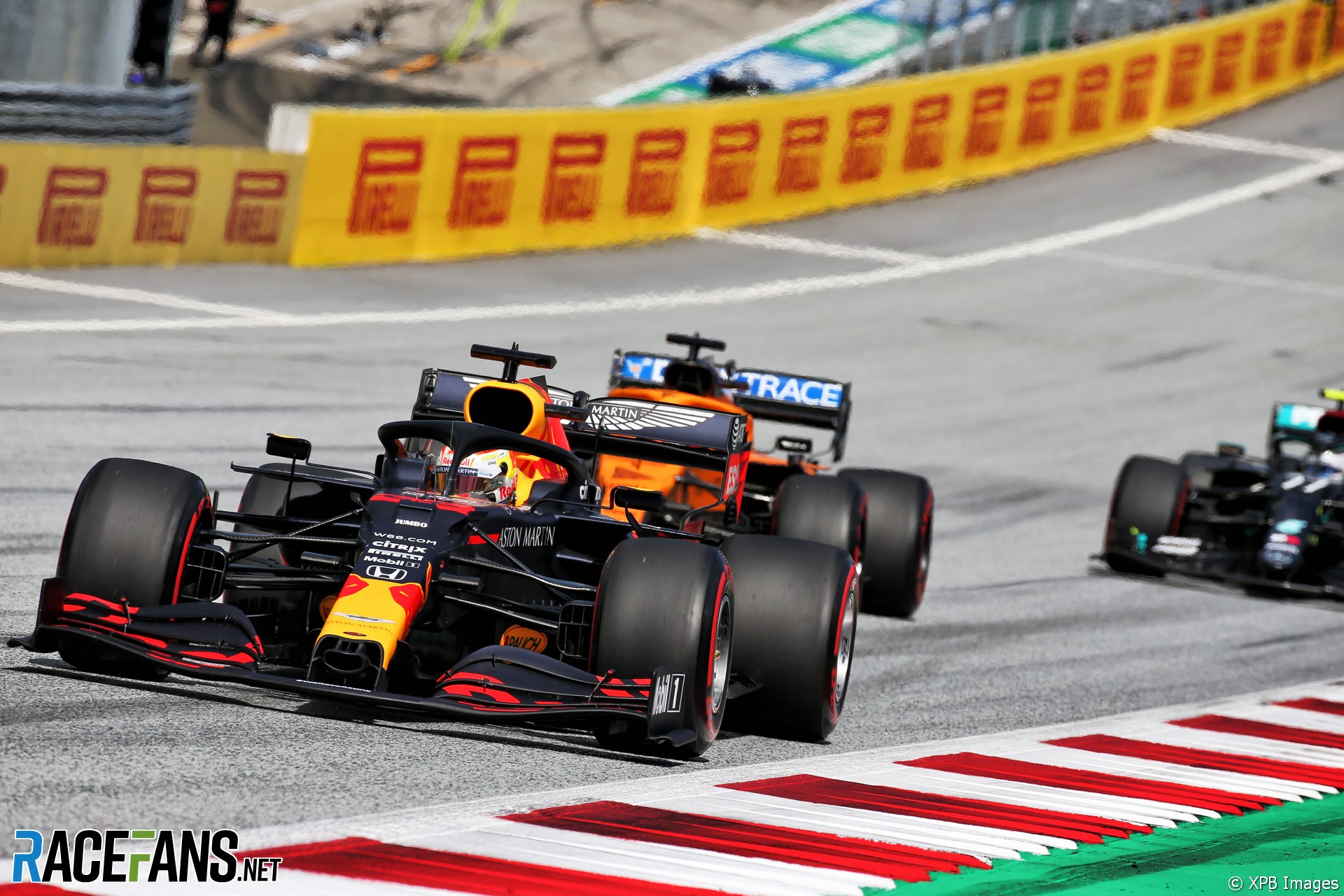 Red Bull team principal Christian Horner explained why the team chose not to change Max Verstappen’s front wing when he made an extra pit stop late in the Styrian Grand Prix.

Verstappen made a second pit stop on lap 68 to fit soft tyres in an effort to score the bonus point for fastest lap. Despite having noticed damage to his front wing, which became lodged in his bargeboard, the team chose not to change it.

“We looked at it and we felt that the time loss was potentially too great,” Horner explained. “We couldn’t see how much damage it had done until the car came into parc ferme at the end of the race.”

The damage caused a “significant shift” in the car’s balance, said Horner. “What effect that had on tyre life we need to look closely at the data to understand.”

“I think he did it on the exit of turn nine,” Horner added. “The guys in the operations room immediately saw the loss of downforce that that created. It was just kerb damage.”

Verstappen ran ahead of Valtteri Bottas in the opening stages of the race but was overtaken by the Mercedes driver for second place with four laps to go. Bottas ran a longer first stint than Verstappen, who pitted before either of the Mercedes drivers, and queried his team’s strategy on the radio.

However Horner is certain the team would have lost out to Bottas had they left Verstappen out. “I think if we’d pitted later, they’d’ve pitted earlier,” he said in response to a question from RaceFans.

“So the bottom line is if you have a faster car, and we only had one car to play with at that point in the race, you either bank track position or you concede it. We chose to retain track position by pitting.

“So then Bottas was instructed to stay out because he’d obviously been instructed to close up to put them within an ‘undercut’. So you’re in this situation where you have to make a choice: You either concede the position through the pit stop or you keep the track position and you try and tough it out in the second half race.”

Verstappen “fully understood” the team’s strategy after the race, said Horner. “If you have a quicker car with longer range those options to either go longer or to go shorter, it almost doesn’t matter what you do.”

Red Bull won at their home circuit in 2018 and 2019, but Mercedes triumphed in both this year’s races at the track. Horner believes their rivals “underperformed in recent years” at the circuit.

“They struggled in the heat here on Friday. It’s been very cool [in the race]. I think they’ve underperformed in previous years, they performed well here today. They deserve that result. They were the best team today. We’re going to be working even harder to try and catch them.”