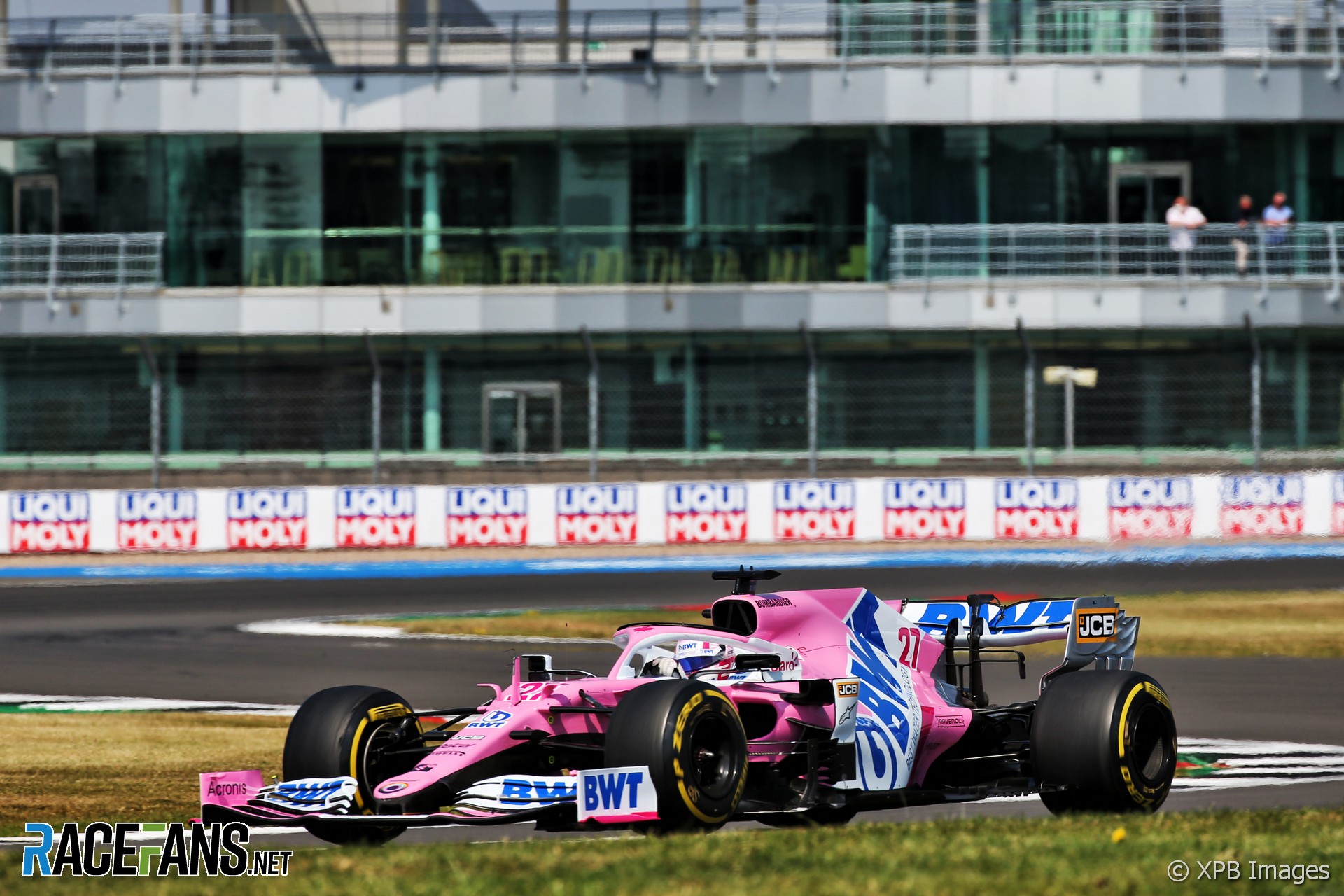 On Friday the stewards handed the team a €400,000 fine and 15-point deduction in the constructors championship for using the ducts in the Styrian Grand Prix.

The stewards ruled the ducts are legal from the point of view of the technical regulations, but were not designed in accordance with the sporting regulations. Therefore Racing Point has been allowed to continue running the ducts, but will receive reprimands every time they do.

It was therefore reprimanded for running the ducts again on both its cars during today’s race.

“The stewards of the 70th Anniversary Grand Prix believe that is important for the orderly conduct of the sport that the interpretation of the regulations by the stewards be reasonably consistent,” they said in a statement. “The stewards therefore join the decision of the special panel of stewards and incorporate herein by reference, their findings of fact, reasoning and the reasoning behind their choice of penalties.

“This present decision should be read as entirely consistent with and drawing the same conclusions as decision document four (including document five) of the special panel. The stewards therefore find that BWT Racing Point F1 Team is in breach of appendix six of the 2020 FIA F1 Sporting Regulations and order a reprimand for the Team, operating car 18 and car 27.”

The stewards subsequently announced Renault had submitted a protest against Racing Point’s cars following today’s race. However the team has withdrawn that protest following the stewards’ confirmation of the reprimand.

However five teams, including Racing Point, have submitted notice of intention to appeal Friday’s decision by the stewards against the team.