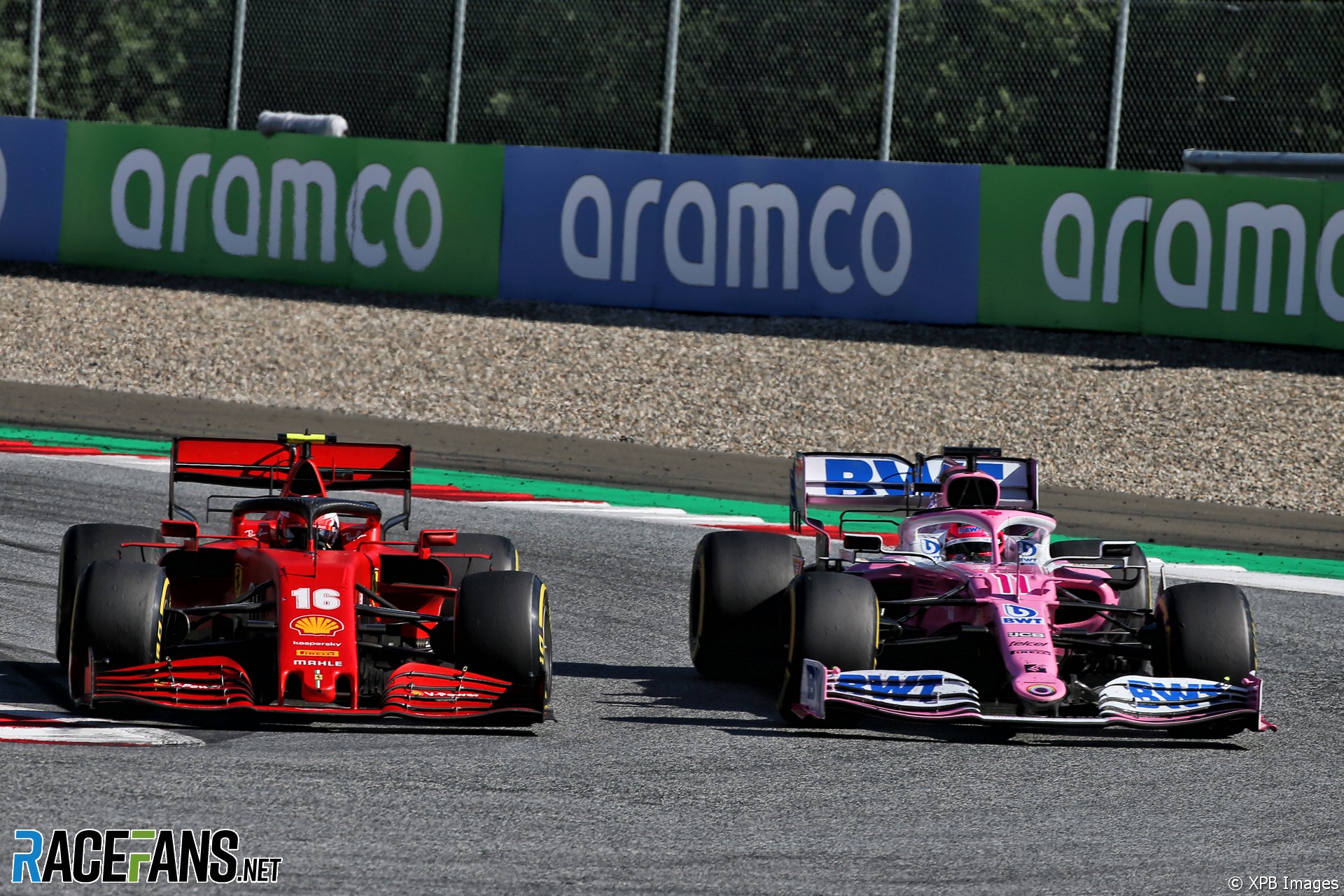 Ferrari has become the first team to confirm it has appealed the decision issued by the FIA stewards on Racing Point’s use of Mercedes-sourced brake ducts.

Renault, who brought the original protest against the RP20 cars following the Styrian Grand Prix, subsequently announced it has also decided to proceed with its appeal. However McLaren, another of the five teams which gave notice of its intention to appeal last week, has dropped proceedings.

Ferrari’s appeal concerns both last Friday’s decision, which applied to Renault’s protests against Racing Point at the Styrian, Hungarian and British grands prix, and the stewards’ Sunday ruling which concerned the same infringement at last weekend’s 70th Anniversary Grand Prix.

Renault said it has “confirmed our intention to appeal against the stewards’ decision in respect of the Racing Point brake ducts.”

“In the meantime, we will continue to work intensively with the FIA and all stakeholders to develop and implement a clear and enforceable regulatory framework that will ensure all teams participating in the 2021 season will develop their original aerodynamic concept by themselves,” it added.

McLaren said in a statement it “respects the decisions of Ferrari and Renault to pursue their appeals and will follow proceedings with interest” but that it “has decided not to appeal the decisions of the FIA stewards in relation to Renault’s protests of Racing Point.”

“The team welcomes the stewards’ decisions and findings in this case and importantly that the FIA has demonstrated that transgressions of the rules will be investigated and punished,” it continued.

“Moreover, McLaren Racing is pleased that the FIA will further clarify the sporting and technical regulations to protect Formula 1 as a sport where teams are clearly defined as constructors, and removes the potential that the Formula 1 world championship includes cars that are, in effect, copies of other competitors’.

“Taking the above and a broad view of all factors into account, McLaren Racing will not continue with an appeal in this case.”

During the 24 hours following the announcement of the decision last Friday five teams including Ferrari, Renault and McLaren gave notice of their intention to appeal it. The 96-hour window for them to formally submit those protests expires tomorrow morning.

The other two teams who declared their intention to appeal the decision are Williams and Racing Point themselves.

Racing Point was found to have infringed the sporting regulations by using Mercedes’ 2019 rear brake ducts, supplied by the world champions, as the basis for the design of its corresponding parts this year. The team received front and rear brake ducts from Mercedes, but only raced the fronts last season, leading the stewards to conclude the use of their rear brake ducts broke the rules.

The stewards fined Racing Point €400,000 (£360,000) and gave them a 15-point deduction from their constructors championship score for using the ducts in the Styrian Grand Prix. The team was given a reprimand for its continued use of the ducts in the Hungarian, British and 70th Anniversary grands prix.

Ferrari has not confirmed the grounds for its appeal. Following the announcement of the decision last week team principal Mattia Binotto said: “The most important point that has at least been clarified is that there has been a breach of regulation. Now, is the penalty and the verdict the right one?”