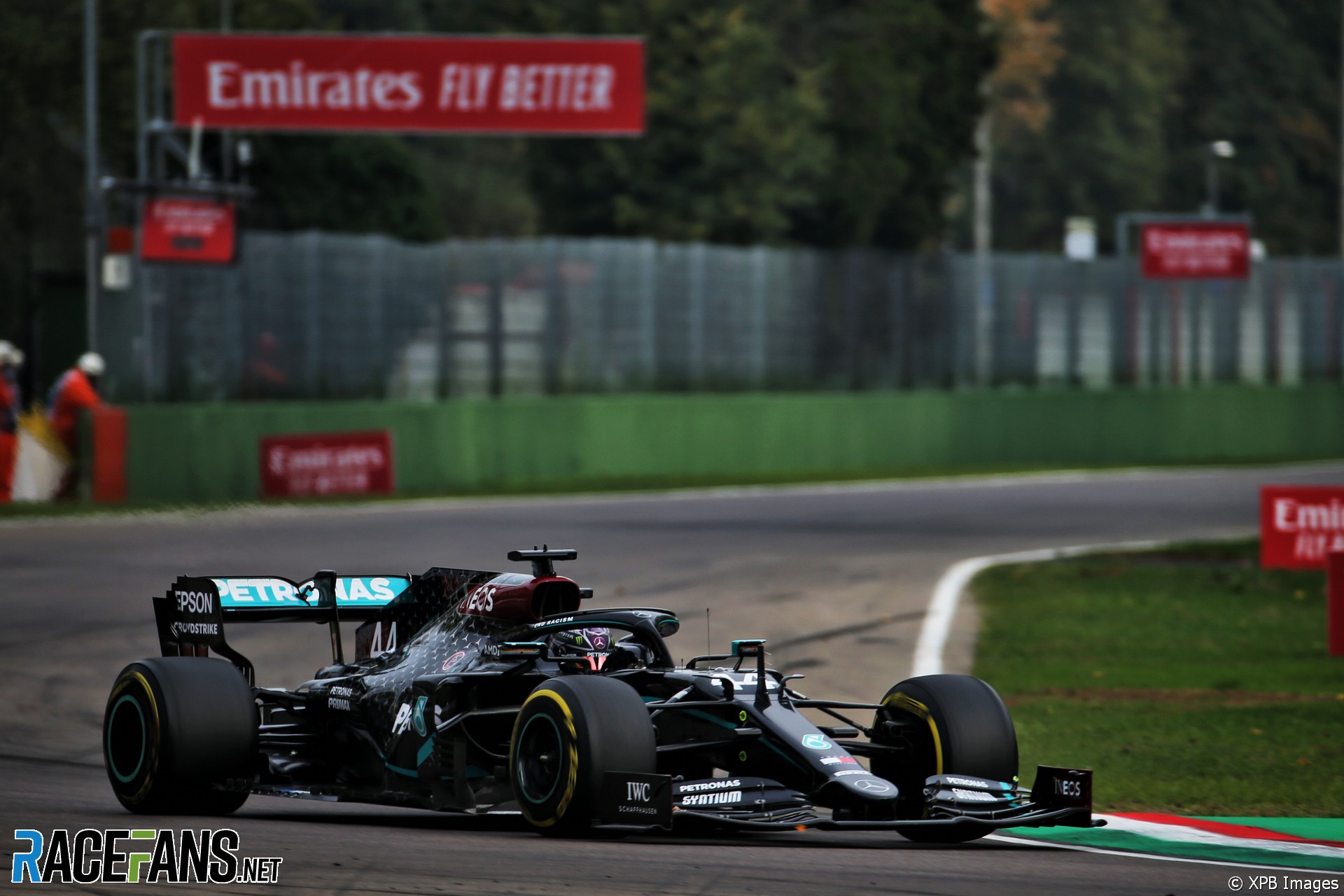 Lewis Hamilton won the 2020 Emilia-Romagna Grand Prix for Mercedes ahead of Valtteri Bottas and Daniel Ricciardo.