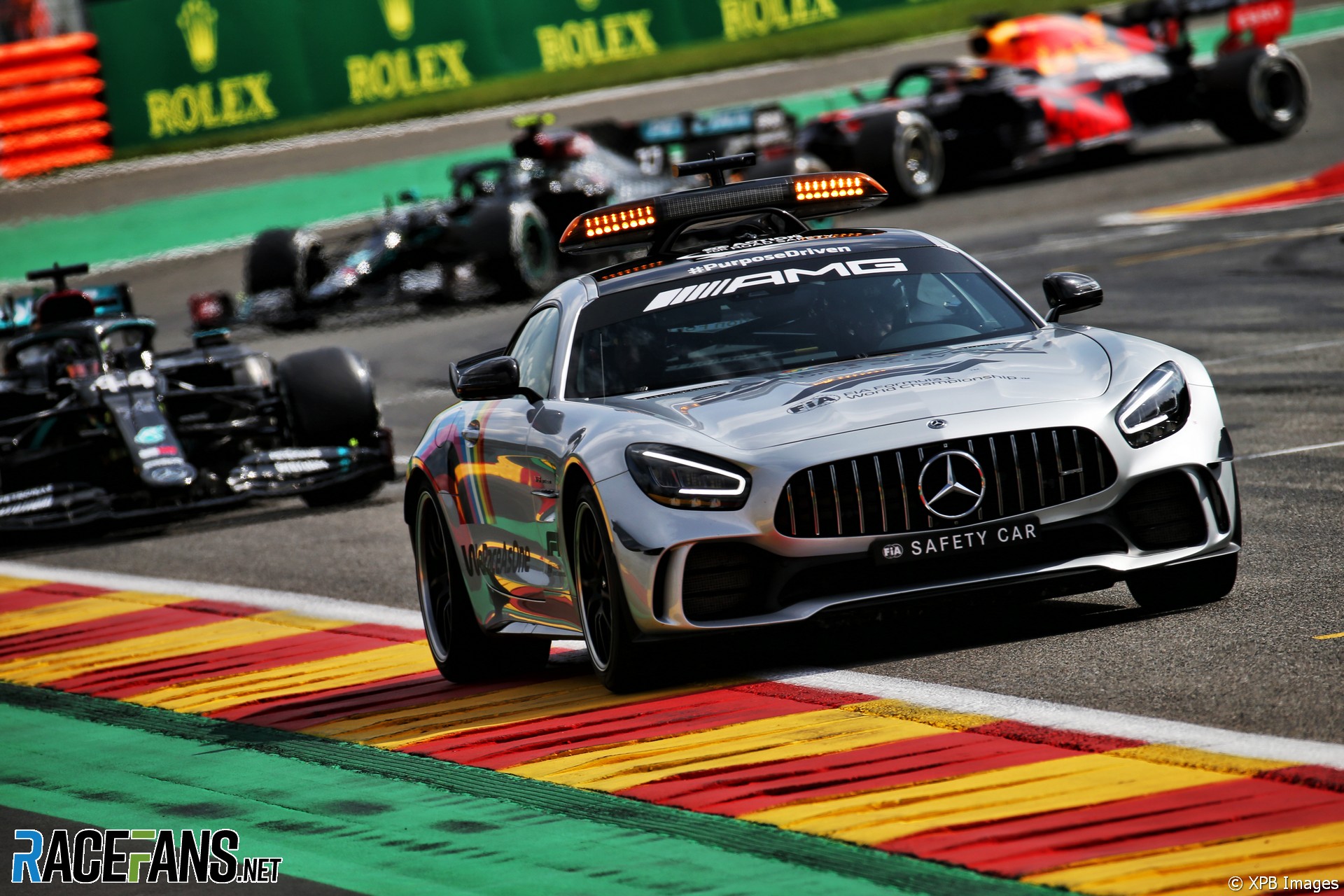 Formula 1 is prepared to extend Safety Car periods to prevent a repeat of the near-misses seen during the Emilia-Romagna Grand Prix at Imola, race director Michael Masi has said.

A group of six drivers who had been released by the Safety Car to un-lap themselves passed close by marshals working at the side of the track. One of them, Sebastian Vettel, described their proximity to the marshals as “very dangerous”.

Speaking to RaceFans, Masi said teams and drivers have been advised of new procedures during Safety Car periods “with regards to what happened in Imola.”

“We have already changed the processes in how we would deal with an un-lapping procedure, which we’ve discussed with the team managers and drivers,” he said. “But also I’ve advised them in these circumstances that it may take an extra lap or two if we’re going through an un-lapping scenario.

“That’s just one of the parts that everyone’s accepting of. We had a good discussion both with the team managers on Thursday in Turkey and then with the drivers on Friday night. And at the moment with the way the regulations are, it’s more a a process and a procedural side of how that’s enacted than a regulatory side.”

Further concerns over marshal safety were raised at the Turkish Grand Prix. Drivers criticised race control’s decision to begin the second stage of qualifying, in wet conditions, while marshals and a crane were still on the circuit at turn eight recovering a car which had crashed during the previous session.

While Masi has previously said he was comfortable at the time with the assurances he had been given that the crane would be moved, speaking to RaceFans he admitted the outcome was “absolutely not” ideal.

“I’d be lying to say that it was an ideal situation,” said Masi. “But you need to deal with it in the best way in the circumstances when it arises.

“It being an out-lap as well, we extended the double yellow zone, so not just from turn eight but all the way through to the start of turn seven to give everyone ample warning. And, as I said, being an out-lap there is actually, not no, but far less, of a reason [for drivers] to push so much.”

These incidents prompted some to claim race control have prioritised keeping ‘the show’ going over safety considerations, a view Masi emphatically rejects. “It’s not [the case], point blank,” he stated.

Masi said he has made it clear marshals need to be given sufficient time to make incident scenes safe.

“We have a meeting with the clerk of the course at each of these events on Wednesday. I have always said from last year and throughout this year that if it means that we have an extra lap under Safety Car or that we have an extra five laps under Safety Car or whatever, I much prefer the trackside marshals to take a deep breath before reacting, as we may have seen 10 years ago.

“Because times have changed overall, access to information has changed. There’s no reason to rush that. I much prefer it to be done. And as I said, we live and learn every day.”