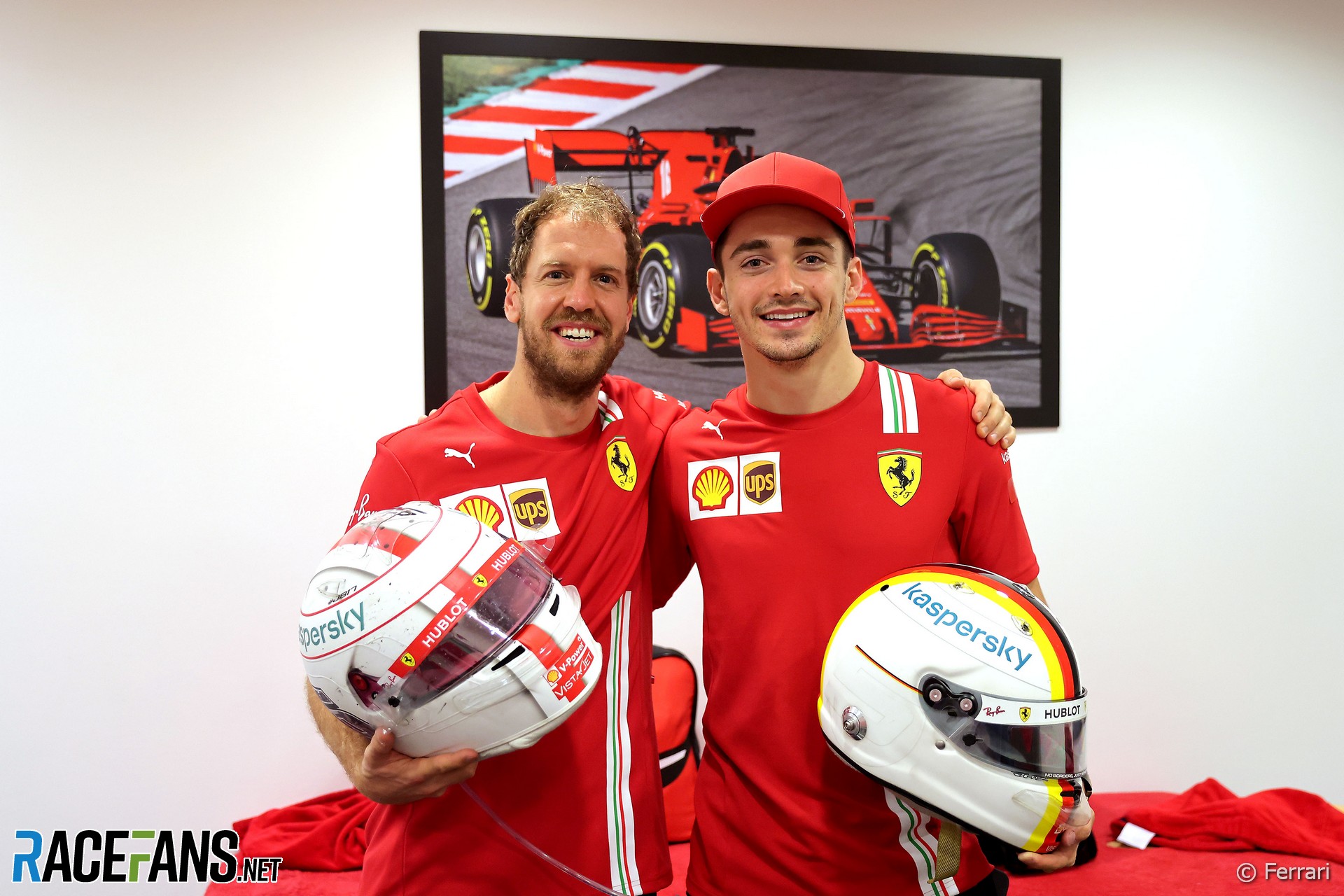 In the round-up: Charles Leclerc said an emotional farewell to Sebastian Vettel, who he said he had “really, really enjoyed” having as a team mate despite feeling intimidated at first.

Speaking alongside his team mate after their last race together in Abu Dhabi, Leclerc said that despite difficulties during their time as team mates (including several on-track clashes) he had been overwhelmed by the warm welcome given to him at Ferrari by four-times world champion Vettel:

Seb knows about what I think about our relationship. Surely, we’ve had our moments, we’ve had very good moments on track, also ones that were less good.

So thank you for being who you are, the way you welcomed me to the team when I arrived. It was not easy having you as a team mate, too. I think you know how intimidating it was sitting next to a four-time world champion when I arrived at Ferrari.

You welcomed me in the best way possible and I really, really enjoyed being your team mate for two years. And I just wish you the best for the future.

After nearly 12 years we will work together again, mate. Thank You Christian Horner for this great opportunity.
Helmut Marko, I’m very happy and thankful for the confidence placed in me, I’m going to work very hard to help this team to bring one more Championship #givesyouwings👐 pic.twitter.com/j2cJarBLon

"The 2021 Acura Grand Prix of Long Beach has been rescheduled for Sunday, September 26 due to the Covid-19 pandemic, officials from IndyCar announced today. Long Beach is one of the foundational events on the IndyCar schedule and one of the longest running."

" I am very happy with my first year in Formula 3. I worked very hard and improved from race to race."

"Drivex School had Ayrton Simmons and Nico Pino throughout, and were visited by Fernando Alonso, while Motopark had six cars out via its main team and its CryptoTower Racing Team offshoot."

Jamie Chadwick: 'I want to enjoy my racing and be fighting at the front' (Fast and Fealess)

"Prema are the team to be with, so what I learnt through them was huge, but sadly we couldn’t quite get the results. I feel like I’ve let myself and a lot of people down and there’s a lot of factors that go into that, but ultimately, I need to make sure they don’t affect next year."

"Sure, F1 star Daniel Ricciardo is a high-profile figure, but his main public exposure comes for four days a year, when the Australian Grand Prix is run in Melbourne. How many casual sports fans know of Jack Miller or Oscar Piastri, for example?"

"If Manley is appointed as Ferrari's new CEO, it's unclear if he will continue his role as FCA's CEO but a decision is expected to be made at a Ferrari board meeting next week."

Did Red Bull pick the right driver for 2021?

I am not sold on Perez to Red Bull. Not saying Perez is bad as I actually think he’s pretty great but I can’t see the hype that’s being built around him.

His race pace is pretty excellent but I don’t see him as anything special over one lap, and having watched the drama with Ocon at Force India and how close Ocon could run him, I don’t know – I don’t think he’s going to do as well at Red Bull as everyone seems to think. Overall I still think Hulkenberg was the better option.
Adam (@rocketpanda)