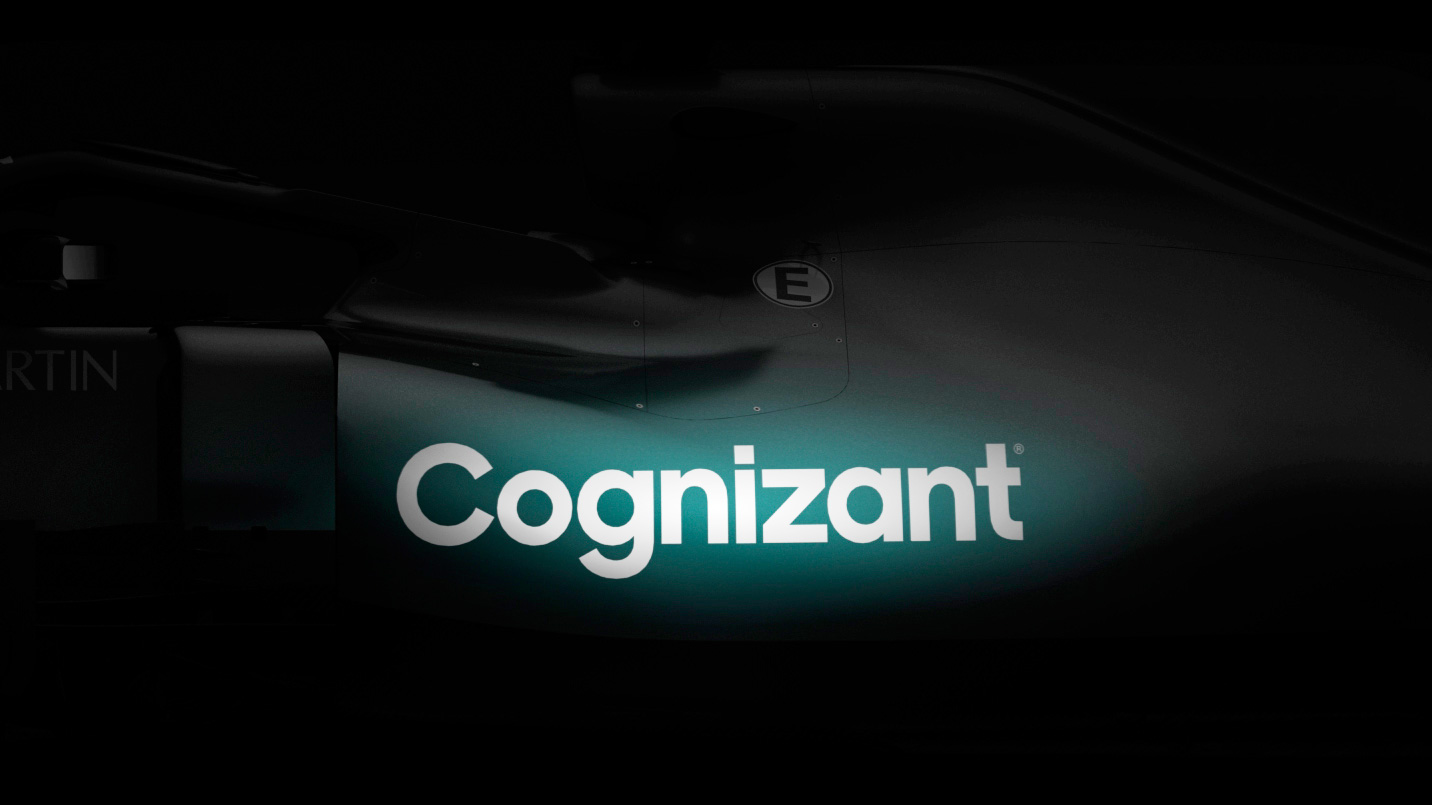 Aston Martin has announced Cognizant, an American digital services firm, as its title sponsor for the 2021 F1 season.

The team formerly known as Racing Point has revealed the first image of its new branding. Aston Martin previously competed in Formula 1 as a manufacturer between 1959 and 1960.

“The return of Aston Martin to Formula 1 after more than 60 years away is a landmark moment in the history of the sport,” said Aston Martin chairman Lawrence Stroll, who purchased the F1 team in 2018 and took over the car manufacturer last year.

“Everyone knows what Aston Martin stands for, but the Formula 1 team will allow us to take the essence of the brand to new places, building on the strong foundations laid by the previous iterations of the team.”

“I’m hugely proud that we can start this new chapter with the support of Cognizant,” he added. “In today’s world, as the digital revolution continues, I can’t think of a more suitable or valuable partner to work with us as we strive to make Aston Martin one of the greatest teams in the sport.”

Team principal and CEO Otmar Szafnauer said the deal is “more than just a branding exercise” for the two companies. “With a new factory already under construction, Cognizant’s expertise and resources will add value in all areas of our IT operations and make a valuable contribution to our performance on-track.”

The team has run in the distinctive pink colours of Austrian water treatment company BWT since 2017. It is understood Aston Martin is in discussions with the sponsor about extending their collaboration in some form.

Former Ferrari driver Sebastian Vettel has joined their driver line-up alongside Stroll’s son Lance. He said he “can’t wait to start working” with the team.

“There’s so much for me to discover over the next few months and I’m incredibly determined to help make this team even more successful,” said Vettel. “Before we know it, we will be at the first race, seeing this famous name back where it belongs. I’m proud to be part of this journey.”