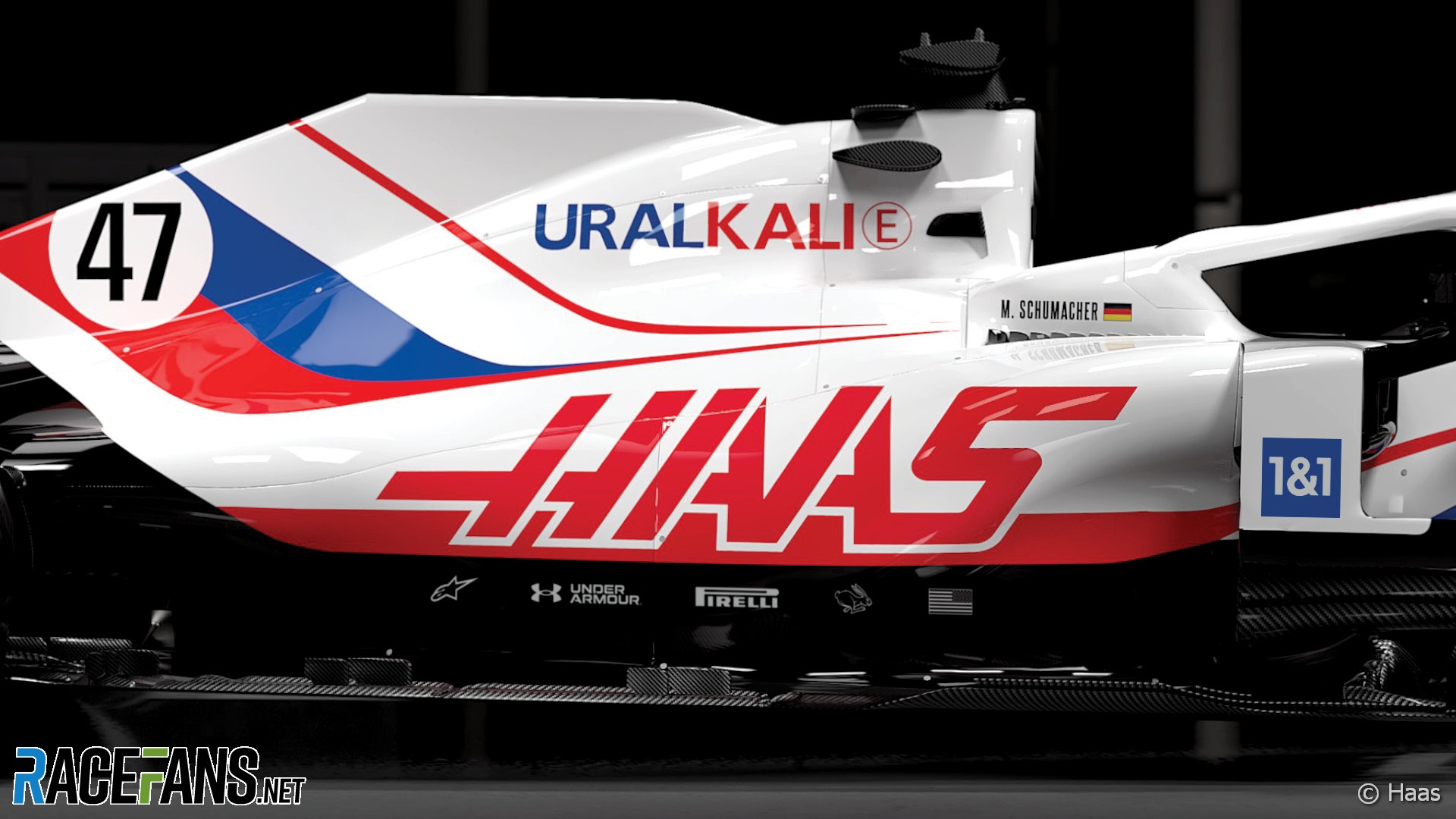 Mazepin, along with other Russian athletes, is forbidden from using the Russian flag at sporting events this year following a ruling by the Court of Arbitration for Sport last December on an investigation by the World Anti-Doping Agency.

Haas presented its new livery for the 2021 F1 season today. The team has changed to a predominantly white, blue and red design with strong overtones of the Russian flag. Steiner denied this was a reaction to the WADA ruling.

“We didn’t circumvent anything,” he said. “We came up with this livery already last year before all this came out from WADA about the Russian flag.”

The WADA restrictions forbid Mazepin and other Russian athletes from displaying the Russian flag and related symbols on their sports equipment for two years.

Steiner confirmed the team had discussed the livery with the FIA, which is a signatory to WADA.

“We are always in contact with the FIA about things like this,” said Steiner in response to a question from RaceFans. “I don’t think they can approve it,” he added, “it’s WADA, it’s not an FIA rule.”

An FIA spokesperson told RaceFans “the team has clarified the livery with the FIA” and “the CAS decision does not prohibit the use of the colours of the Russian flag.”