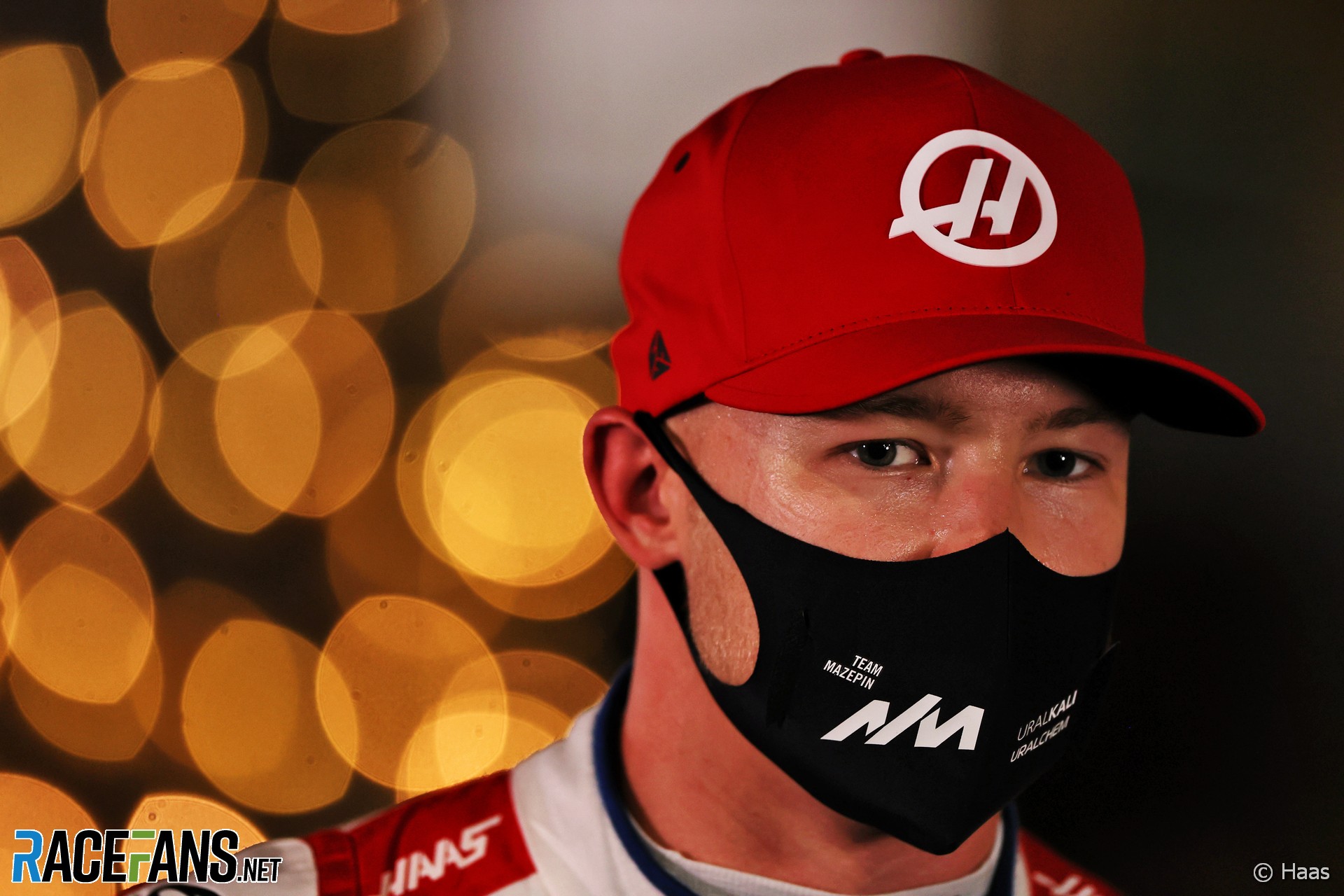 Nikita Mazepin says he was following his team’s instructions when he overtook a queue of cars before beginning his final flying lap in qualifying.

The Haas driver passed Sebastian Vettel, Sergio Perez and Valtteri Bottas as they queued to begin their final flying laps at the end of Q1.

This prompted claims Mazepin had ignored an informal agreement between drivers not to pass each other immediately before beginning a qualifying lap. Vettel complained there was a “mess in the last sector” in Q1.

Mazepin said he acted on the instructions of his team. His race engineer was heard telling him he was “okay to overtake” the cars ahead, as Mazepin was running out of time to begin his final flying lap.

“I am team’s driver,” said Mazepin. “We have radio intercom, and I am instructed to do what I’m told. I crossed the start-finish line with two seconds left under my belt, otherwise I would have got a red flag. There was no time to wait.

“I was obviously in the queue like everyone else, but I’ve been told that if I don’t go now, the session’s over. And what else do I have to do? I have to follow what the team tells me, because that’s my job. So I’m sorry if somebody is unhappy about it, but I follow my engineer’s advice.”

Having passed the drivers and started his final lap, Mazepin immediately spun at the first corner. He and his engineer had been discussing switch changes on his steering wheel to remedy a brake-by-wire problem, which he said was the cause of his spin.

After qualifying last on the grid for his first F1 race, Mazepin admitted he wasn’t as happy with his car as he had been before the weekend began.

“Without going too much into detail, I finished testing in a happy place, but then something was changed,” he said. “Obviously ever since I started this weekend I wasn’t in the happy place [as] before. I’m very confident that I will come back to the happy place as soon as possible.

“I’m not there yet, but the season is long and hopefully I’m on the way to the destination.”