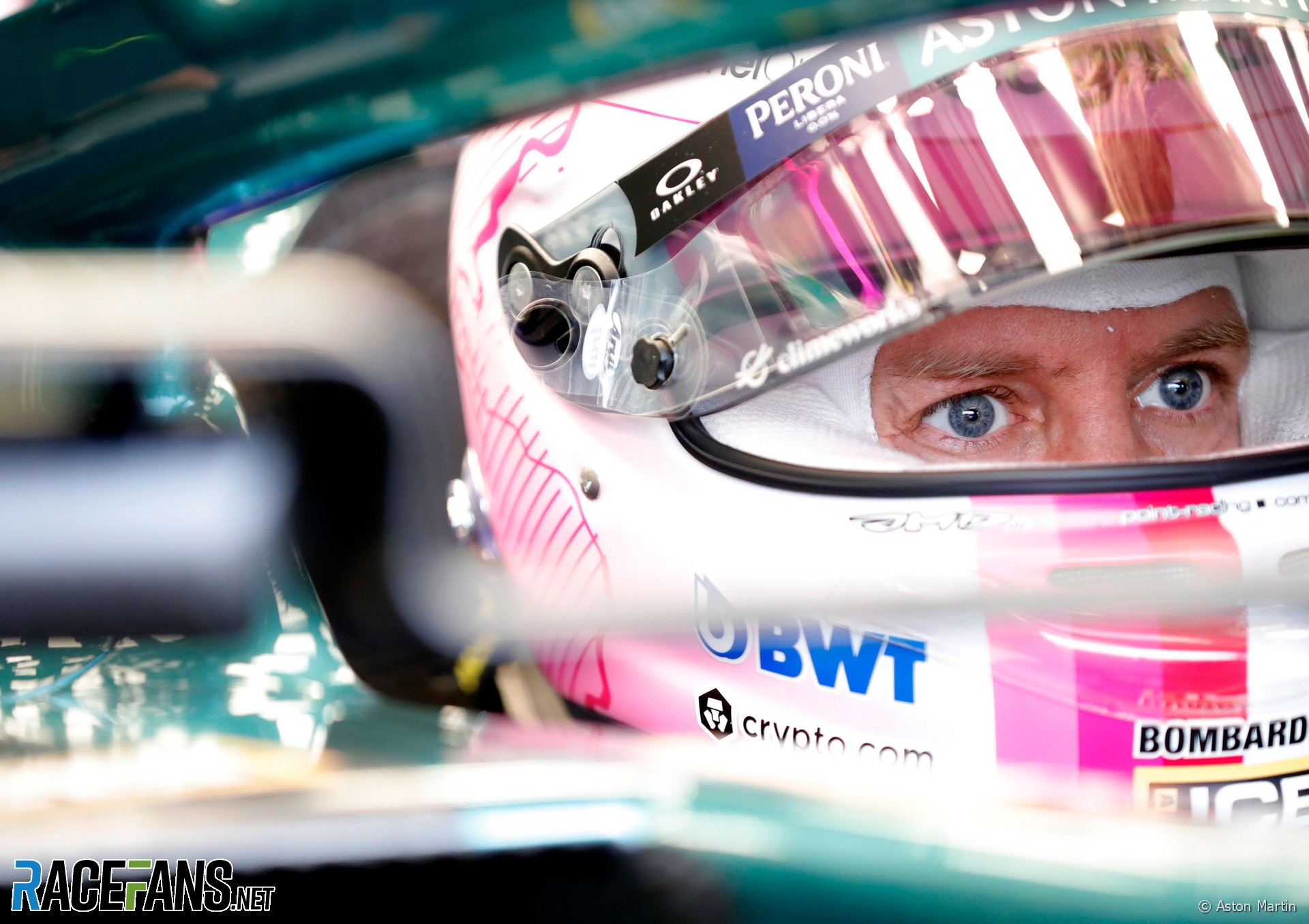 Sebastian Vettel said he is getting more comfortable in his Aston Martin despite failing to make the cut for the top 10 in qualifying for the Emilia-Romagna Grand Prix.

While his team mate Lance Stroll took the final place in Q3, Vettel fell short by three-tenths of a second. He believes most of that time loss was down to him.

“I lost one tenth in the straight because I was quite alone in the end,” he said. “But I lost also a little bit to myself, so maybe it was not the best lap, which obviously you need to make it to Q3.”

Having joined Aston Martin from Ferrari, Vettel said he isn’t completely at one with his car yet, but can feel improvements in the second race of the season.

“It’s coming,” said Vettel in response to a question from RaceFans. “Obviously, I’m not a very patient guy, so I don’t want to wait, but it is getting a lot better.

“On a track like this in particular you need the ultimate confidence to extract everything and I’m not yet there, but it’s only the second race. So I guess I have to be a bit more patient.”

“The car is quite different to what I was used to in the past,” he explained. “There’s a couple of things that nowadays with tyres and how you set up the cars et cetera can make quite a big difference. So that’s why I think it’s taking me a bit longer than normal.

“Obviously, in all fairness, as well if it’s for the ultimate tenths that you’re fighting in the midfield then you see the consequence straight away as well.”