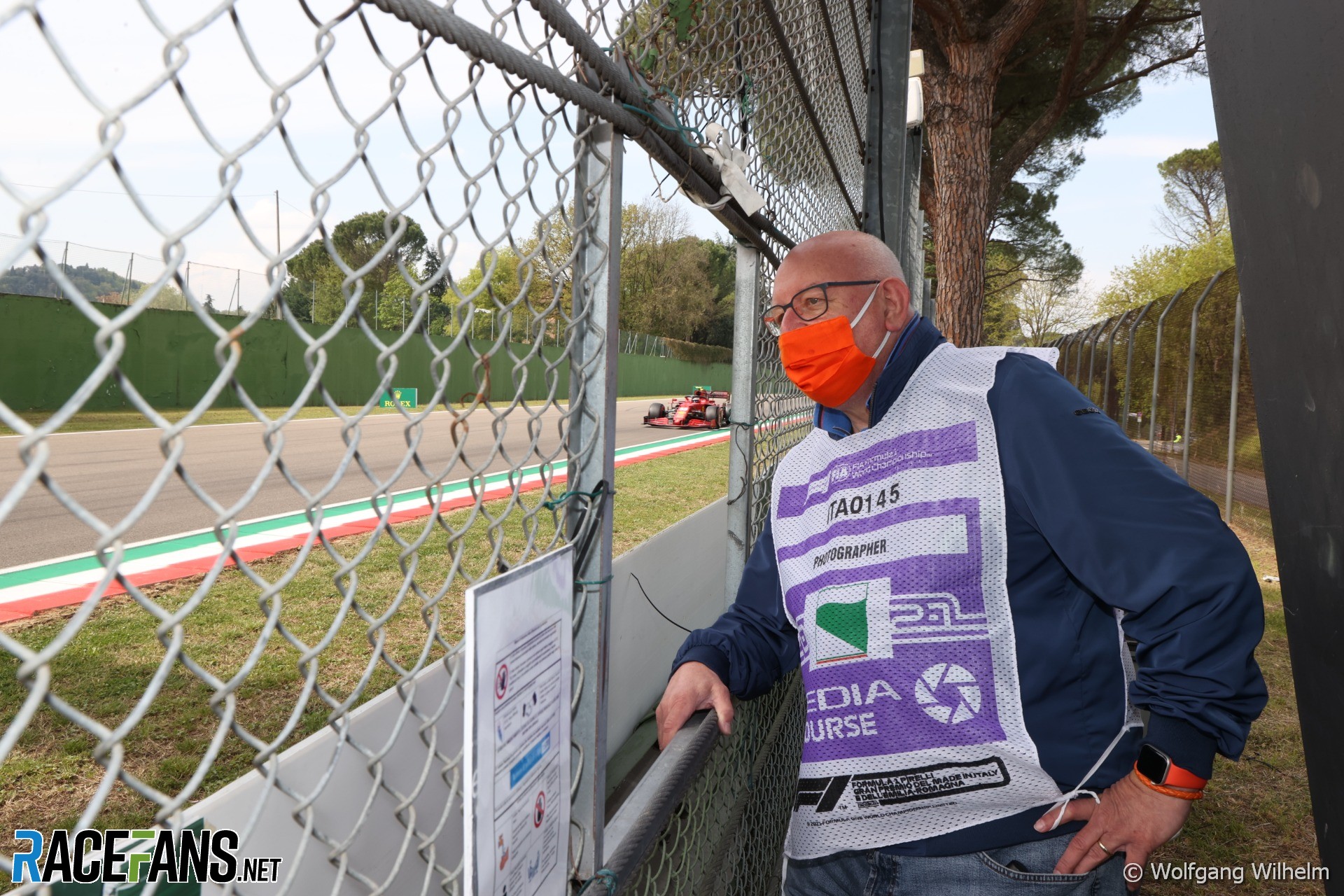 @DieterRencken takes the opportunity to watch the action up close at Imola, while unearthing new details about F1’s Sprint Qualifying races and more.

After arriving at the circuit, setting up and catching up on the latest news and rumours I grab a (pre-booked) tabard and head for the circuit with Hungarian colleague and collaborator Sandor Mészáros for my first trackside excursion of the season. I could have hardly chosen a better circuit or viewpoint: the sweeping, swooping Acque Minerali section.

While awaiting the start of the session I receive a call indicating that Spain’s government has decreed that the grand prix on May 9th be held without fans. I text the information back to base and make a note to self: rebook hotel accommodation and rental cars, as prices will drop.

It is only when close-up and (almost) personal with the latest breed of cars on a tree-lined classic, narrow and undulating circuit that one realises just how brutal and demanding they are – and, above all, how loud they actually are. Ultra-quick driver reactions, seldom visible on TV save during replays, are required to tame their waywardness, as is full-on commitment. Difference in cars and driver skills levels are also evident. 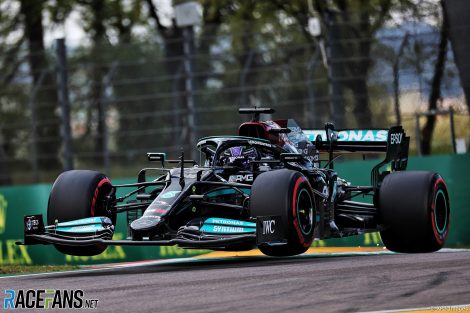 During a red flag break triggered by Nicholas Latifi’s ‘off’ we decide to walk up the hill to Variante Alta. I’m amazed at how close the stout, ancient trees are to the circuit, with some almost acting as barrier posts. The circuit obviously conforms to FIA specifications, but I do wonder about the consequences of an air-borne incident on the straight.

Qualifying has been brought forward an hour to 2pm local time due to Prince Philip’s funeral. While an earlier start to the while-knuckle hour is generally welcomed within the media centre, more than a few journalists question whether the same level of respect would be extended to any other royal consort, or whether Sky TV’s suits waved their contract about rather persuasively. Either way, a precedent has been set.

Post-qualifying I hit the mixed zone for interviews, where, after much pressuring of local media officers, a TV has been installed to enable us to follow proceedings while awaiting chats with Q1 and Q2 drop-outs. Thus, we’re able to bring you exclusive material not available via open media video calls.

The day opens with a Covid test, which is required to fly home. The FIA and F1 later confirm a total of 4,523 tests were performed over the weekend, with just two positive cases, a fall from 12 out of 8,150 tests in Bahrain. 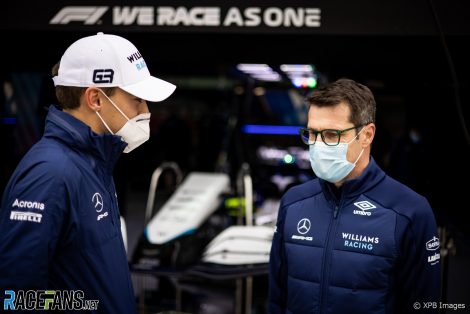 Later, I pick up whispered ‘suggestions’ from second-hand sources that downforce reductions introduced for this year were imposed by the FIA and F1 specifically to slow down Mercedes – and by extension, copycats Aston Martin. This was analysed in full here from Bahrain. I discount the rumours, particularly as they’re unlikely to have been instigated by Ferrari, McLaren or Red Bull.

I’m also told that the ‘Sprint Qualifying’ concept – extra races held at three grands prix during 2021, expected to be Silverstone, Monza and Interlagos – will be approved by the F1 Commission next Monday after all the financial and sporting details were agreed. Teams will receive $75,000 per race, plus a budget cap allowance of up to $200,000 per race for verifiable damage. I also hear the experiment is likely to be increased to five events from next year.

Mid-morning I meet up with newly-appointed Williams technical director Francois-Xavier Demaison (pictured with George Russell), who joined from Volkswagen Motorsport where he headed the successful WRC Polo and ID-R speed record programmes. We’d originally met four years ago during a VW presentation in Berlin, where he impressed me with his quiet yet clearly determined and thorough manner. He stresses his job is to lead the team, not pencil a car personally.

Formula 1 had always been his ultimate ambition since he raced karts as a youngster, he tells me. ‘FX’ joined Williams, which managed the Renault touring car programme in the mid-nineties, as engineer before switching to Peugeot with the touring car squad, then the F1 engine programme followed by increasingly responsible (and successful) tenures at Prodrive (Subaru) and VW.

“I’ve come full circle, back to Williams,” he smiles.

Also present during our chat is team CEO Jost Capito, and he and I discuss Friday’s touching open birthday ‘letter’ to founder Sir Frank Williams, which is well worth watching.

At midday I join the video conference at which the 10-year Miami Grand Prix deal is confirmed. After F1 CEO Stefano Domenicali tells me that the race will replace an existing event – probably one in Europe. 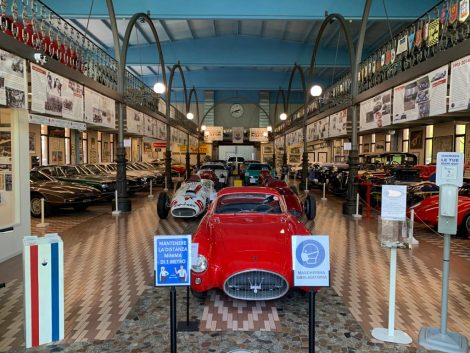 I speculate with colleagues as to which event on the 2021 F1 calendar could be dropped next year. Spain’s round, extended for this year only, seems the most likely candidate. The race traditionally falls within the second quarter of the year – the target period for Miami – and 2022’s pre-season test sessions are likely to be conducted in Bahrain.

Due to the red flag, post-race sessions and proceedings are delayed, so my working day finally ends after 9pm. I head for a hotel near Modena, where I will spend the night ahead of visiting the Umberto Panini Collection. Although closed to the public, the curator has kindly agreed to host a private viewing of what is the world’s largest collection of Maseratis. A wonderful perk of my job!

Take care until we catch up from the Autodromo do Algarve in a fortnight.