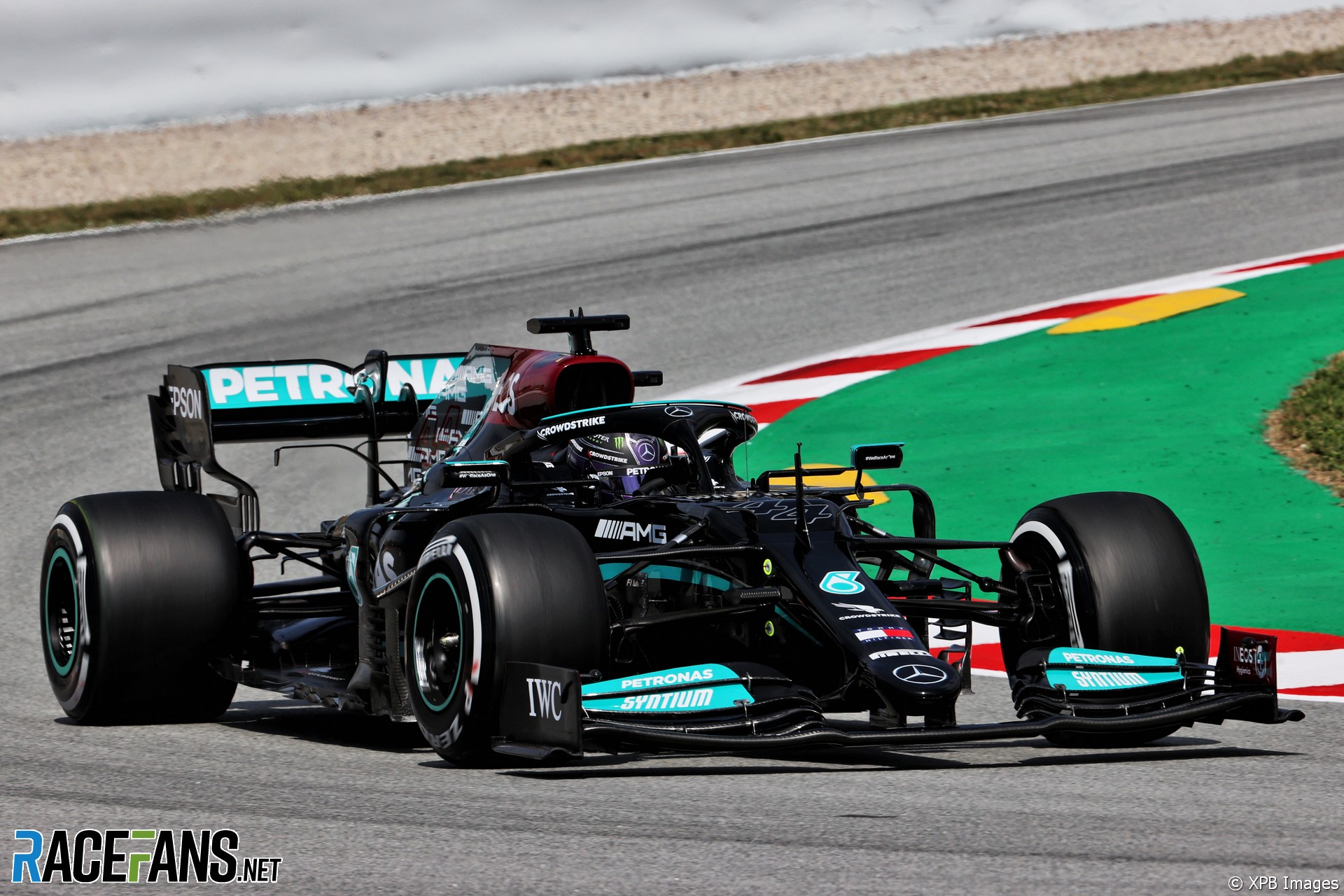 Lewis Hamilton led a one-two for Mercedes in the second practice session for the Spanish Grand Prix, comfortably ahead of closest championship rivals Red Bull.

Red Bull placed ninth and tenth, after what had – at times – looked like a scruffy session. However, towards the end of second practice it became clear, via radio messages, that they were satisfied with their race simulations. Max Verstappen was told that it looked as though the front left tyre would be key for management and at the chequered flag, Sergio Perez was informed that they were precisely on the right pace versus Mercedes’ race simulation times.

The midfield was led by Charles Leclerc, who followed the Mercedes closely, just a few hundredths of a second behind Bottas’ time. The Alpine cars again looked strong in the changeable conditions, with Esteban Ocon leading Fernando Alonso in fourth and fifth.

AlphaTauri had anticipated struggling at Barcelona due to the low-speed final sector. However, they followed the Alpine cars, Yuki Tsunoda Tsunoda closely matching Pierre Gasly’s time – unlike in the morning session – but the Red Bull cars being out of place showed them higher up the order than they might have otherwise been.

After drivers had primarily run on hard tyres this morning, with very few teams taking the opportunity to work on medium tyres, every driver did at least two runs on the yellow-walled compound this afternoon. However, qualifying simulation laps were still set on soft tyres.

Second practice was slightly warmer than first practice, but with stronger winds that repeatedly changed direction over the course of the session. For teams like Williams, whose car is particularly sensitive to changeable conditions, there was a distinct impact on pace – Roy Nissany and Nicholas Latifi had placed 16th and 17th fastest this morning and been higher up at points during the session but were a distant 17th and 18th this afternoon, Russell seven tenths of a second back from Raikkonen in 16th.