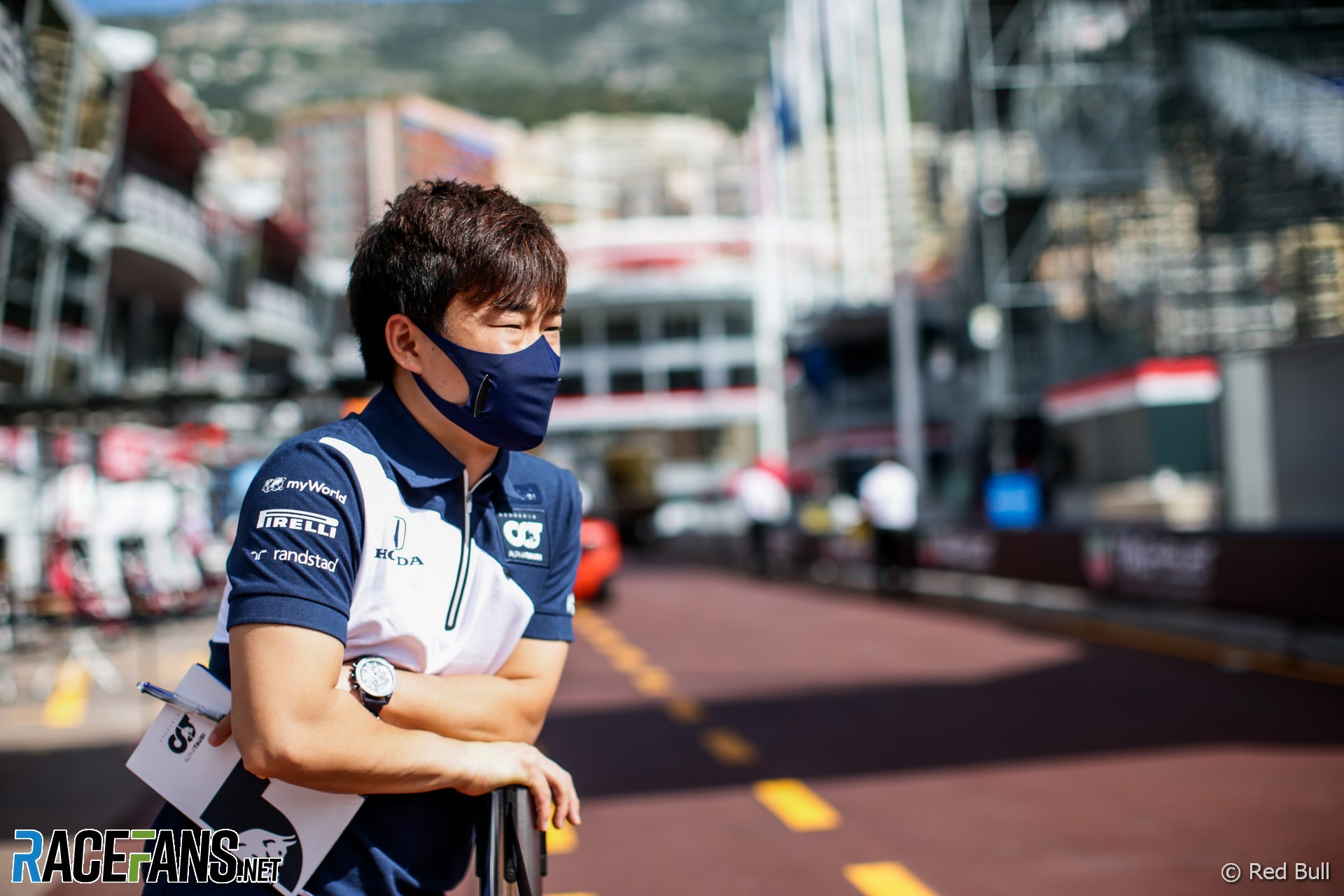 In the round-up: Yuki Tsunoda intends to make a fresh start at this weekend’s Monaco Grand Prix after a poor round in Spain.

As well as dropping out in the first round of qualifying in Spain, Tsunoda apologised after implying he and team mate Pierre Gasly hadn’t been given equal equipment.

Speaking to media yesterday, Tsunoda admitted he was still holding regrets from the previous round, and intends to approach his Monaco debut with a new mindset.

“It’s a new track and, especially in Barcelona, I had a really difficult race week and I don’t want to do it again, [have] that kind of race week in the future. So I just have to reset.”

Tsunoda’s frustration during the last weekend also came across in his comment to the team on his radio. “Especially in qualifying and the radio, I feel really a lot of regrets in my mind,” he said. “Even now, I just don’t want to do it again and have to reset from there.”

Nent – the Nordic Entertainment Group – has been chosen as Formula 1’s new broadcaster in the Netherlands, RaceFans understands. The $30 million deal will bring official streaming service F1 TV to its viewers. Current broadcaster Ziggo confirmed earlier this week its deal had not been renewed.

W Series racer and stunt driver Jessica Hawkins has taken on a role with Aston Martin’s Formula 1 team as a ‘driver ambassador’. Sebastian Vettel welcomed her appointment, saying he hoped that Hawkins would provide new perspectives within the team.

“I think she will be busy racing in W Series but I think it’s a great addition and I think probably she can add something that we haven’t thought of,” he said. “Hopefully she gets some experience in our simulator as well. I think it’s always great to have somebody else’s opinion on everything that you do.”

Hawkins aspired to be a racer in her early career but ran out of funding without making it far up the single seater ladder. She became a stunt driver for film and television and is known for setting the lawnmower world speed record by clocking 186kph (116mph) on an episode of Top Gear.

She revived her racing career when she qualified for the inaugural season of W Series. Placing 11th, she was able to continue to the second season of the all-female junior series and tested at Anglesey this week.

Formula 2 returns for its second weekend of the season in Monte Carlo. The feeder series runs qualifying in two split groups in Monaco.

This has been done by the drivers numbers. In F2 drivers are assigned consecutive numbers arranged by team, meaning one representative of each team will appear in each 16-minute session.

Want to catch up on all the Anglesey test action so far? Check out the highlights from day one and two in our latest vid. 🎥#WSeries pic.twitter.com/x4uMfmkUFd

"We have only just begun to explore the full halo effect of motor racing. Let's face it: Lawrence Stroll is in Formula 1 to win the championship. It won't happen this year, but the title is our ultimate goal."

"Announced in 2015, Beth Paretta’s new Grace Autosport team was set to debut at the 2016 Indy 500 with Katherine Legge as its driver. During the process, Paretta also had a desire to support the Wilson family and came up with an auction whereby the winner would get to name Legge’s car."

Kieran has a suggestion to improve the Monaco Grand Prix that did prove extremely effective in Formula E‘s format – get rid of (mandatory) pit stops.

Tyre wear is always so low in Monaco that you’re guaranteed a one-stop race with everyone on the same strategy. The leader can afford to drive around slowly knowing they can’t be overtaken and anyone they come out behind after a stop is guaranteed to pit eventually (the same thing happened in Singapore).

If the mandatory pit stop is removed however, the leader can’t afford to stop as they could come out behind someone who is going to the end.

To make it even more difficult if only the C5 tyre was available for the weekend it forces the leaders onto a much slower strategy.

Drivers behind will take the gamble on the stop knowing they will be seconds per lap quicker towards the end of the race, the delta may be big enough to actually get some overtaking.
Kieran