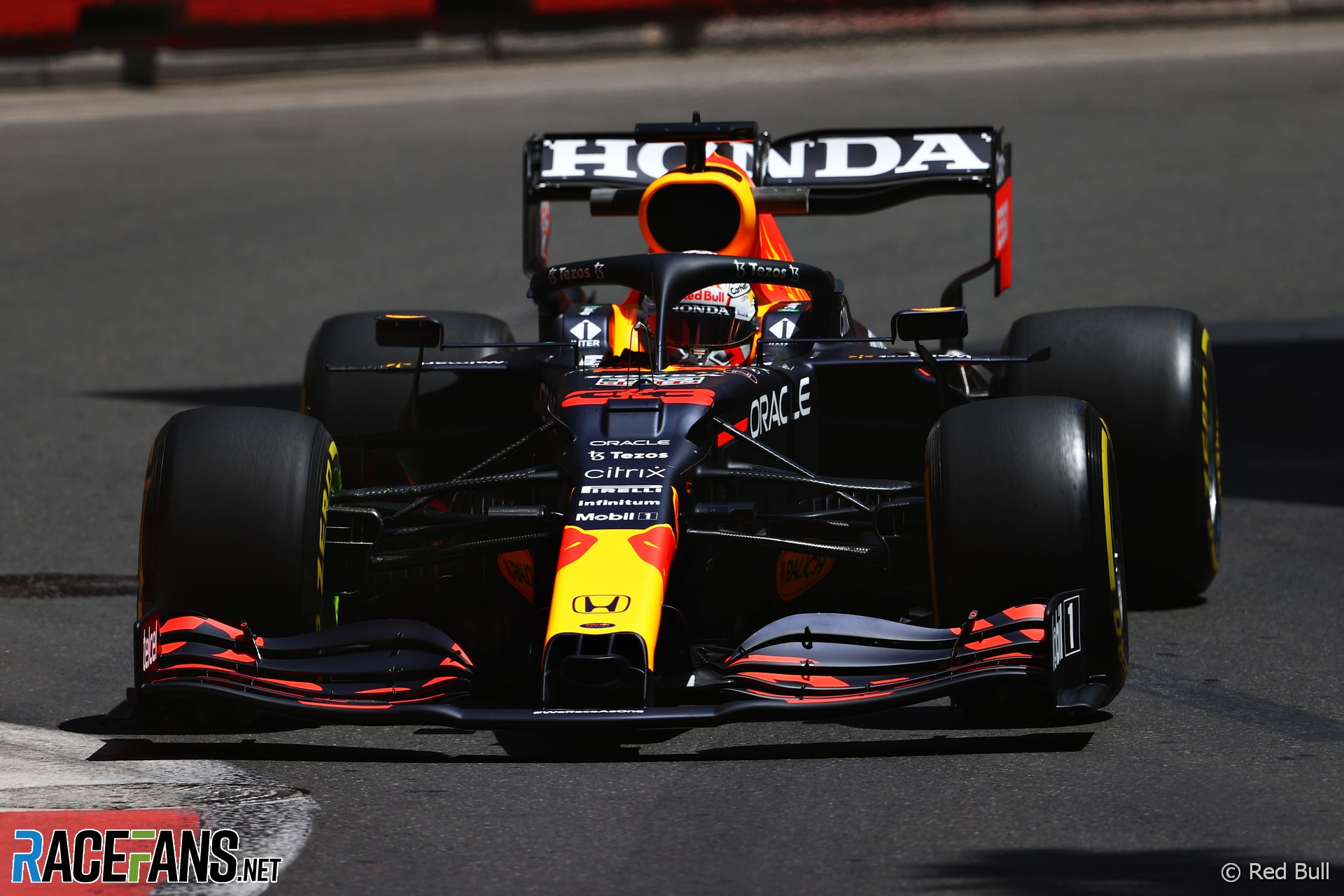 Monaco Grand Prix winner Max Verstappen got his weekend at the Baku City Circuit off to a promising start by leading the first practice session.

Ferrari had downplayed their chances at Baku due to its long straights. But both cars looked quick, Carlos Sainz Jnr and Charles Leclerc exchanging the fastest time for much of the session despite Sainz complaining early on about brake vibrations.

Lewis Hamilton took the fastest time around the session’s halfway point, seeming much more comfortable than team mate Valtteri Bottas who never broke into the top five times. George Russell showed a surprising turn of pace in his Williams early on, who briefly running in fourth during drivers’ mid-session soft tyre runs.

The McLaren drivers also looked quick. Lando Norris initially split Hamilton and Verstappen at the top of the times. However Daniel Ricciardo set their best lap, briefly assuming the top time and looking much more confident in the car than he did in Monaco.

Norris could have been fastest overall, with a lap that set the best times in sectors one and two and saw him nearly a second up on Ricciardo into turn 16, however, he was caught out on the kerb and spun.

Pierre Gasly once again put together a very competitive session, finishing faster than both Mercedes drivers, while Alfa Romeo looked best of the lower half of the grid, Raikkonen only slightly less than six hundredths off the top 10.

Despite heading the times, the Red Bull drivers encountered some frustrations. Sergio Perez only began to set competitive times in the final 20 minutes and Verstappen was repeatedly frustrated by traffic, including an incident behind Nikita Mazepin. “Unbelievable, just unbelievable,” Verstappen fumed on the radio, “he just stays in front, weaving even.”

There were no major incidents during the session, despite several drivers visiting runoff areas. Yuki Tsunoda went off at turn four and struggled to manoeuvre his AlphaTauri car out, having to attempt a multiple-point turn in an F1 car for the first time. Mick Schumacher had a similar struggle later in the session but both were able to get going and return to running.

Mazepin had a spin similar to Norris’ at turn 16 in the final two minutes of the session, however, did not escape as unscathed. He hit the rear of his Haas against the wall, making the limp back to the pits through one of the highest-speed sections of the track considerably more awkward.

A final run-off inspection was carried out at turn two by Bottas and Norris, who followed each other in and had to politely leave each other space to spin-turn out and run to the chequered flag.