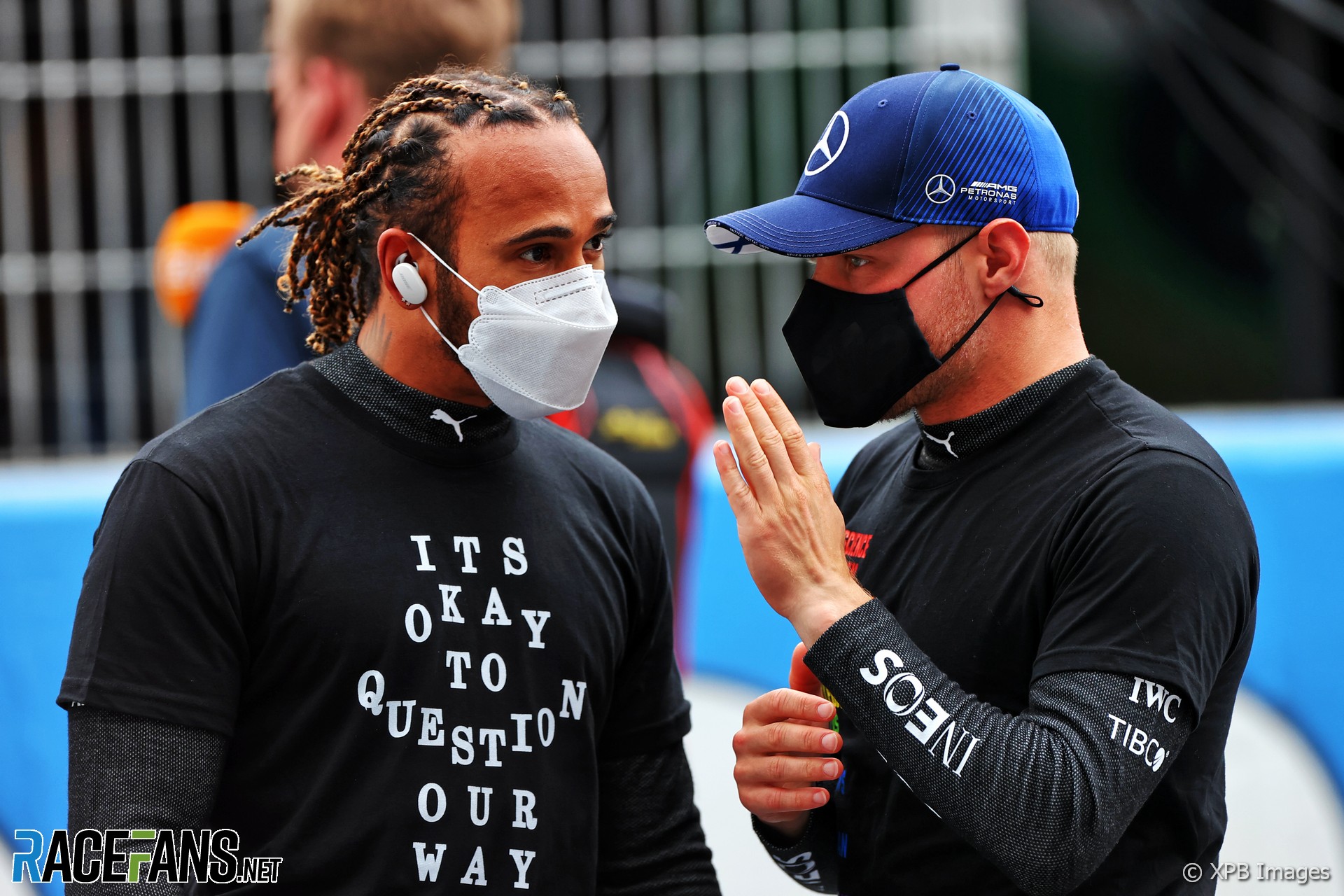 Lewis Hamilton has never indicated a preference for who his team mate should be, according to Mercedes CEO Toto Wolff.

The seven-times world champion confirmed yesterday talks have begun over his next deal to drive for the team. He also addressed speculation Mercedes might replace Valtteri Bottas in their line-up, saying “he is a fantastic team mate and I don’t necessarily see that it needs to change”.

However Wolff said the identity of Hamilton’s team mate has not been part out their contact talks. “We have never discussed preferences about line-up,” Wolff told Sky. “That is never something that is part of his thinking.”

Mercedes junior driver George Russell has been named as a potential replacement for Bottas. Wolff said the team was not wedded to continuing with two drivers of different nationalities to maximise their marketing impact.

“Nationality has never played a role,” he said. “We are an international company and we are global and we want to choose the best drivers.”

Speaking in today’s FIA press conference, Wolff said any discussions regarding who will drive alongside Hamilton at the team will be held openly but primarily with whichever driver would fill that role.

“Lewis is part of the team and has always been in the inner circle of decision making because simply we value his opinion,” Wolff said. “And in the same way, when we’re talking about drivers, there’s nothing we’re not sharing with him. It’s transparent.

“But the other way around, too, when I speak to Valtteri, it’s open. When I speak to George, it’s very much open because I don’t want to have any hidden agendas.

“And we need to evaluate the situation for the future. Valtteri had some really good weekends but he also had some off weekends and we just need to minimise those.

“Then we will take a decision and whatever decision we will be taking, Valtteri or George, the person that’s involved in that, will be hearing that first. And that is the driver.”

Hamilton is “very hungry” to continue in Formula 1, Wolff believes. “It’s a very new situation for him, [the championship] is so tight, in the battle with another team and another driver. And I see him in very good spirits.”

Their contract talks have been “pretty laid back because it’s going well,” said Wolff. “We are discussing, there is no stumbling blocks.”