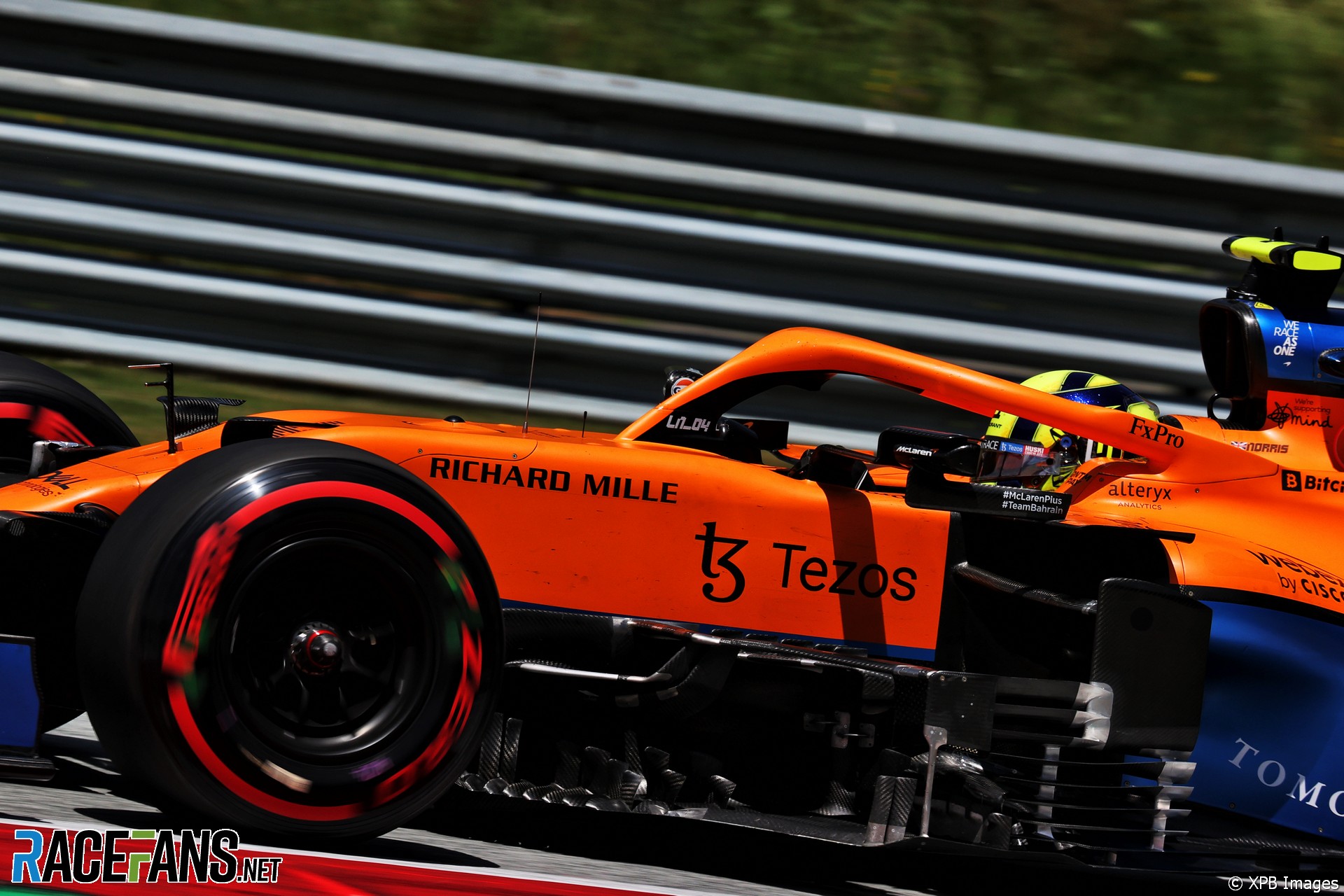 Lando Norris was “gutted” not to claim a maiden Formula 1 pole position despite taking a career-best result on qualifying on the front row for the Austrian Grand Prix.

The McLaren driver progressed to the final segment of qualifying on the C4 tyre, meaning he will start on that compound in the race, and was second to Red Bull’s Max Verstappen on the first runs in Q3.

He improved on his final run, after briefing his team of potential damage to his car after clouting a kerb while pushing, and qualified just 0.048 seconds off pole as Verstappen failed to go faster on his second run.

“I feel epic. That was cool,” said Norris. “I guess after last race, I wanted to do that one more step, and I did two more so it’s nice.”

This is the second week in a row that F1 has raced at the Red Bull Ring, and Norris matched his previous career-best qualifying result last time out in third place.

“It puts us in a good position for tomorrow,” he added. “Was probably one of my best laps I’ve done, I think. So it was a good feeling.”

While Norris impressed, his team mate Daniel Ricciardo ran on the quicker C5 compound in Q2 but couldn’t make it into the top 10, only qualifying 13th. His team principal Andreas Seidl says his flying lap in that session was compromised at turn four.