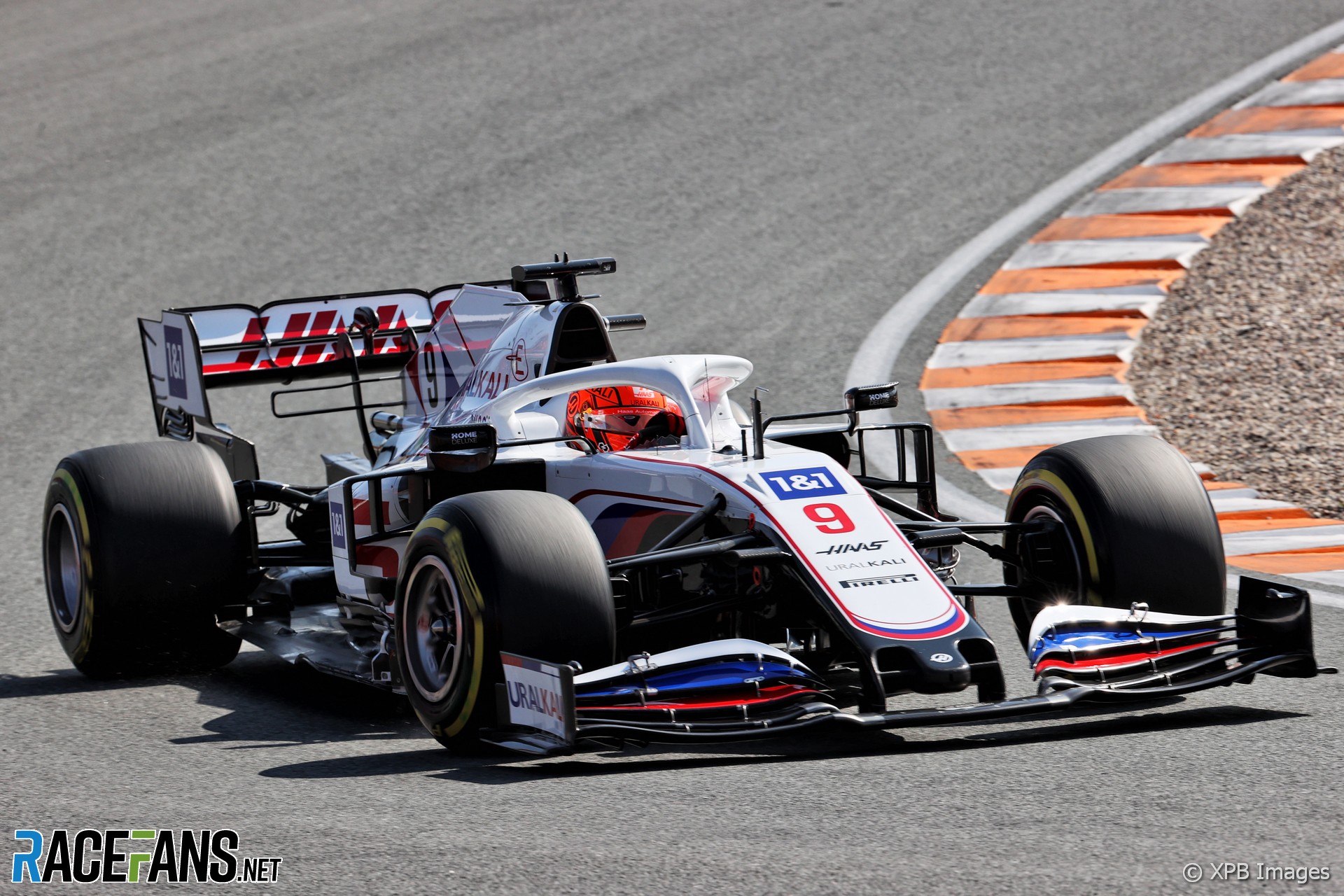 Haas drivers Nikita Mazepin and Mick Schumacher has avoided a penalty for holding up Sebastian Vettel during qualifying for the Dutch Grand Prix.

The stewards ruled Vettel was held up, but noted several other cars were in the vicinity at the time.

Vettel had to back off from his lap when he caught Mazepin on the racing line at turn 13. Mazepin was engaged in trying to overtake his team mate Scuhmacher, who had overtaken him as their pair left the pits.

After speaking to all three drivers and examining timing data and video, the stewards decided to take no action against the Haas pair.

“There is no doubt that the lap of car five [Vettel] was compromised,” the stewards acknowledged, “however we note in particular the comment of the driver of car five that ‘there were too many cars in the one place’.

“There were at least six cars in line, preparing for a fast lap, and all of these were travelling at slow speed (some at less than 50 kph) whereas car five was approaching at up to 240 kph.”

Article 31.5 of the sporting regulations states drivers will be reported to the stewards if they “unnecessarily impede another driver”.

The stewards ruled that “although car five was impeded, in the circumstances this was not ‘unnecessary impeding’. The drivers and team representatives present, agreed.”