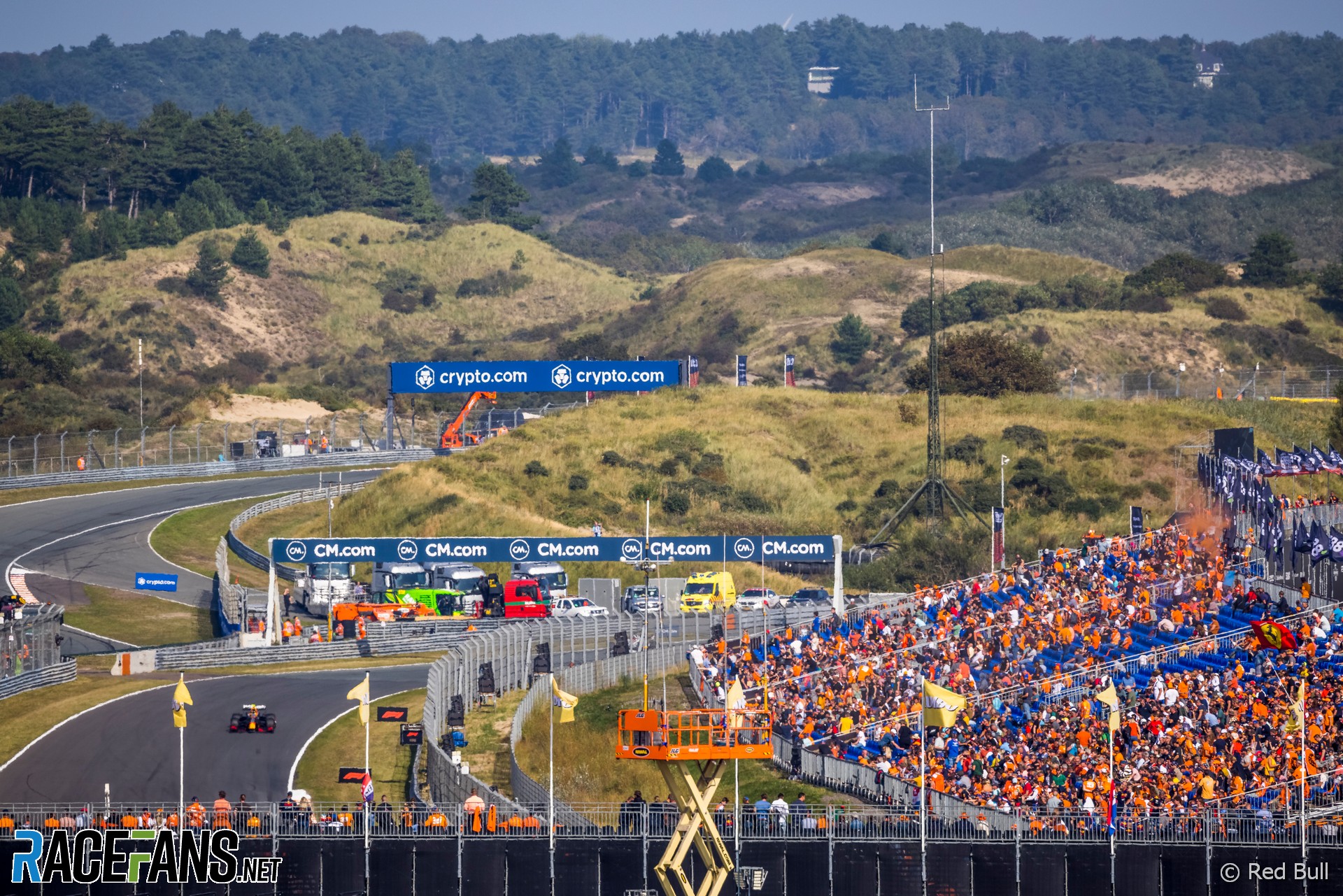 The driver market for the 2022 F1 season and the fall-out from last weekend’s farcical event in Belgium are the top talking points in the paddock as F1 returns to Zandvoort.

Zandvoort is a 2.5-hour motorway drive from my home, across Belgium, Germany and into the Netherlands. The fact we are heading for a traffic-packed race becomes evident the closer I get to the seaside town from which the venue takes its name.

After initial jams, traffic thins out as F1 personnel and parking pass holders are directed to dedicated parking spots. Still, Sunday in particular promises to be a nightmare despite the best plans and a reduction in visitors to 70,000 per day from 105,000 due to governmental Covid measures. Consider that the registered local population is 17,000, so it sees a 400% increase in a single weekend

The title ‘Dutch Grand Prix’ is clearly a misnomer. For the first time in F1 history a race should be named after a driver: every banner, T-shirt, cap and flag visible during our bus ride from parking to circuit is dedicated to number 33, Max Verstappen. A race without the Dutch hero would be unsustainable, while planning permission would also be doubtful. Welcome to the MV Grand Prix.

We make it to the media centre (just) in time, and I’m raring to go: After last Sunday’s farcical events in Belgium the drivers will surely have strong opinions, their views varying according to the number of (half) points they scored. Plus F1’s return to Zandvoort for the first time since 1985 is obviously a major discussion point given the quaint venue hardly fits F1’s modern mould, yet is so very F1. 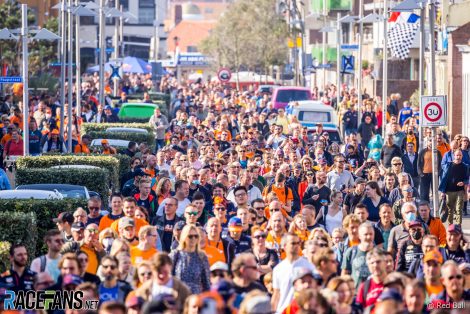 Then there is the driver market. Following our revelations that Nyck de Vries is strongly in the running for an F1 debut in 2022, Kimi Raikkonen’s retirement has further fuelled the chatter.

I’m told that there are at least three drivers in the running, namely De Vries, Renault’s development driver Guanyu Zhou – who comes with Chinese backing and F1’s support – and young F2 sensation Theo Pourchaire. Factor in Callum Illot plus hopefuls such as potential returnees Alexander Albon, Daniil Kvyat and Nico Hulkenberg, and competition is hot for what are probably the last two remaining seats on the grid at Alfa Romeo and Williams.

The key to all this is Raikkonen’s exit, which opens the Alfa Romeo drive for Bottas – to be announced by Monza, according to my sources – which in turn triggers the largest F1 merry-go-around in recent history. Against this background it is fascinating to observe the ducking and diving as the main players are interrogated during the media session.

To their credit, none of them lie straight out, but from what I’ve revealed about the situation some came close to being slightly disingenuous. All in, the session was a masterclass in evasion – for which their handlers can take full credit. Notable, too, is how many are seriously looking forward to a taste of F1 power on the tight, undulating and sandy circuit which many experienced in junior categories but with a third of the power.

After the session I head for my bed-and-breakfast situated near Schipol Airport. My route takes me down some narrow, tree-lined alleys and without the plethora of ‘DGP’ signage I’d surely be lost so overloaded are satnav signals. I make it – 13km took almost an hour. 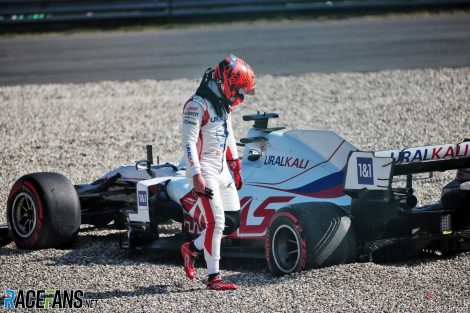 It seems I spoke too soon about the traffic arrangements: Upon arrival I’m directed up a side road rather than to the designated parking. I’m again redirected and told to follow one-way signs which eventually return me to the parking area – where I’m again redirected by the same attendant. I point out there are media sticker-bedecked cars all over the parking zones, but the attendant is politely firm: “Turn right and follow the signs.”

They say insanity is doing the same thing all over again and hoping for a different outcome – so I turn insane out of sheer desperation and give it another bash. Upon reaching the attendant for the third time I’m nonchalantly waved through. Same car, same sticker, same driver, same attendant – go figure.

From the number of incidents during first practice it is clear this is no ‘normal’ circuit and that no ‘normal’ race can be expected on Sunday. I take side bets with a colleague that there will be (at least) two red flags during the race. As analysed previously, F1’s red flag usage has increased enormously recently, so much so that I wonder whether they’ve become the default option.

Friday’s highlight is the FIA press conference, the first part of which features Toto Wolff and Christian Horner – title protagonists both and men who could not be more different regardless of how hard they tried. On the agenda are obviously driver market changes, the Spa debacle and whether they are prepared to take a knock on revenues should F1 and the promoter reimburse fans at whatever level.

I am, frankly, astounded by Wolff’s comment to my question regarding lessons from Spa: Having said post-race on Sunday he was “not sure” there was anything to learn from the “freak” circumstances, in Zandvoort he about-turned with, “I think there is a lot to learn from the Belgian Grand Prix because we need to tweak the regulations…” 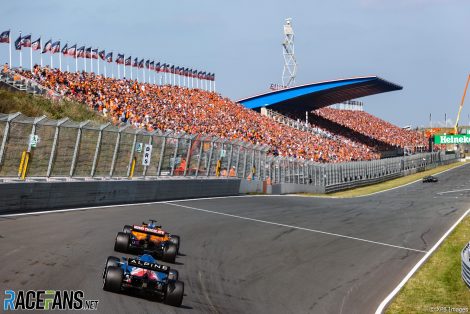 Both admitted any reimbursement from F1 to fans would dent their income as the teams share a portion of underlying revenues – and the lower F1’s earnings, the lower team income. That is reason enough for teams to agree to changes for the future.

After two early red flags during FP2 the rest of the session is uneventful and my final chat is with Mario Isola of Pirelli, who states the last time their ‘wet’ tread pattern was tweaked was in 2015 – adding, though, that the major issue in Spa was visibility, not aquaplaning.

Unless F1 sorts out its spray problem the introduction of monsoon tyres is unlikely to make a difference, he tells me. As pointed out here, the situation is expected to worsen with 2022’s cars. Thankfully this weekend is forecast to remain dry.