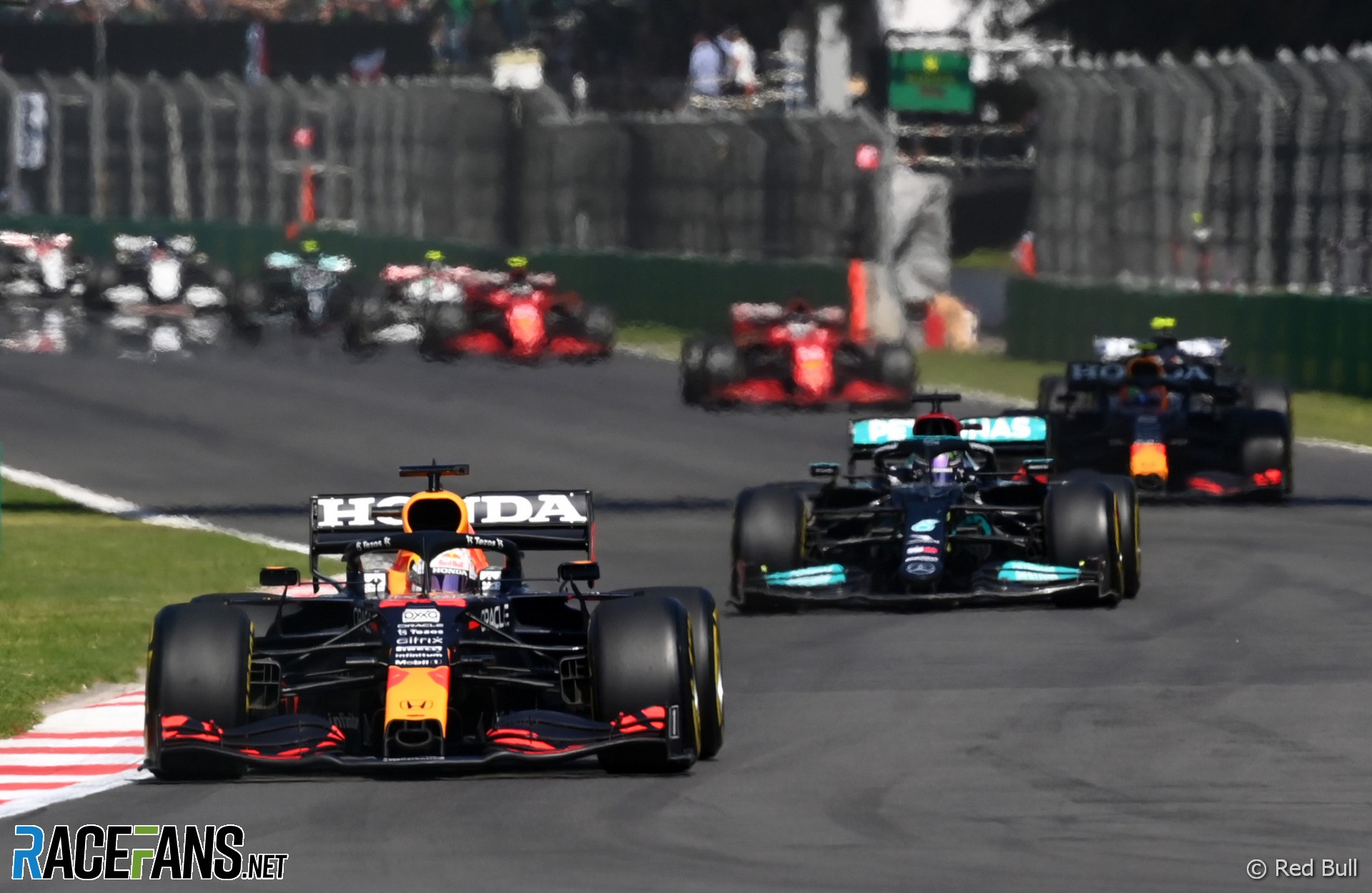 [raceweekendpromotion]Mercedes did not expect to annex the front row of the grid at the Autodromo Hermanos Rodriguez, a track which has not played to their strengths in previous seasons.

Red Bull’s untouchable pace in the race, which Max Verstappen won comfortably while his team mate heaped pressure on Lewis Hamilton, was a reversion to the expected balance of power.

With Hamilton now trailing Verstappen by 19 points in the standings, Mercedes can ill afford more races like that. Will Interlagos prove a better venue for them this weekend?

Mercedes have some grounds for optimism. The exceptionally high altitude of the Mexican track has always been a bugbear for them. While Sao Paulo is quite a lot lower, it’s still the second-highest venue F1 visits. But the team believe recent gains with their power unit has addressed their weakness at high altitudes.

“We have optimised it for these conditions,” team principal Toto Wolff said on Saturday in Mexico. “At the end, you’re trying to extract power unit performance throughout the calendar, and the outliers are somehow difficult to take account for.

“But it’s more a tuning question. It’s not that we’ve put the engine upside down, it’s just we better understand why it didn’t perform in high altitude.”

The team’s weakness compared to Red Bull in Mexico was less to do with their power unit than the performance of their chassis, trackside engineering director Andrew Shovlin believes.

“The issues this week were focussed on the chassis side and how we could get a bit more grip and stop sliding around and overheating,” he said in the aftermath of the team’s defeat on Sunday.

“It didn’t feel like we had a deficit on the power unit side. But we’ll do analysis on that. It’s difficult to isolate everything that’s going on at one single race, you need to really look them over a sequence of events to understand that.”

“One of the advantages they had here was they they were able to go up a step on downforce from the rear wing they normally run to that max-downforce wing,” said Shovlin. “But actually for us, that’s the one that we run normally. It’s just their car seems to have more low downforce than us when we’re on identical-size wings and I think that played into their favour.

“In Brazil that should be less of an issue. But it’s very hard to predict.

“Very much as we did coming here […] we’ll look at the weaknesses of our car, work out how we can minimise them and what we need to get the tyres in a good window.

“But making predictions about whether you’re going to be fast or slow is quite meaningless. It’s more about knowing the jobs that you need to focus on and do a good job of getting the car sorted.”

This points towards a better weekend for Mercedes. But as Shovlin acknowledged, the margins between them and Red Bull are often so small, making predictions becomes extremely difficult. And if that is true of a known quantity like Interlagos, it’s even more so of the final three races on new or heavily revised tracks.

“There’s reasons that we would expect it to be closer. The thing is, what we like to spend our time doing is worrying about things that might go wrong and that might catch us out. So as I said, it may well be. But it’s so unpredictable at the moment.

“You look at qualifying, obviously single-lap can be more variable than the race pace. But we don’t need to go back far and we clearly had the most dominant car through the weekend in Turkey and I think so in Sochi as well.

“Within the remaining four circuits, there will be circuits that suit us. So we’re going to just keep trying and do everything we can to win the championships.”

18 comments on “Will power unit gains and lower downforce level mean a better weekend for Mercedes?”