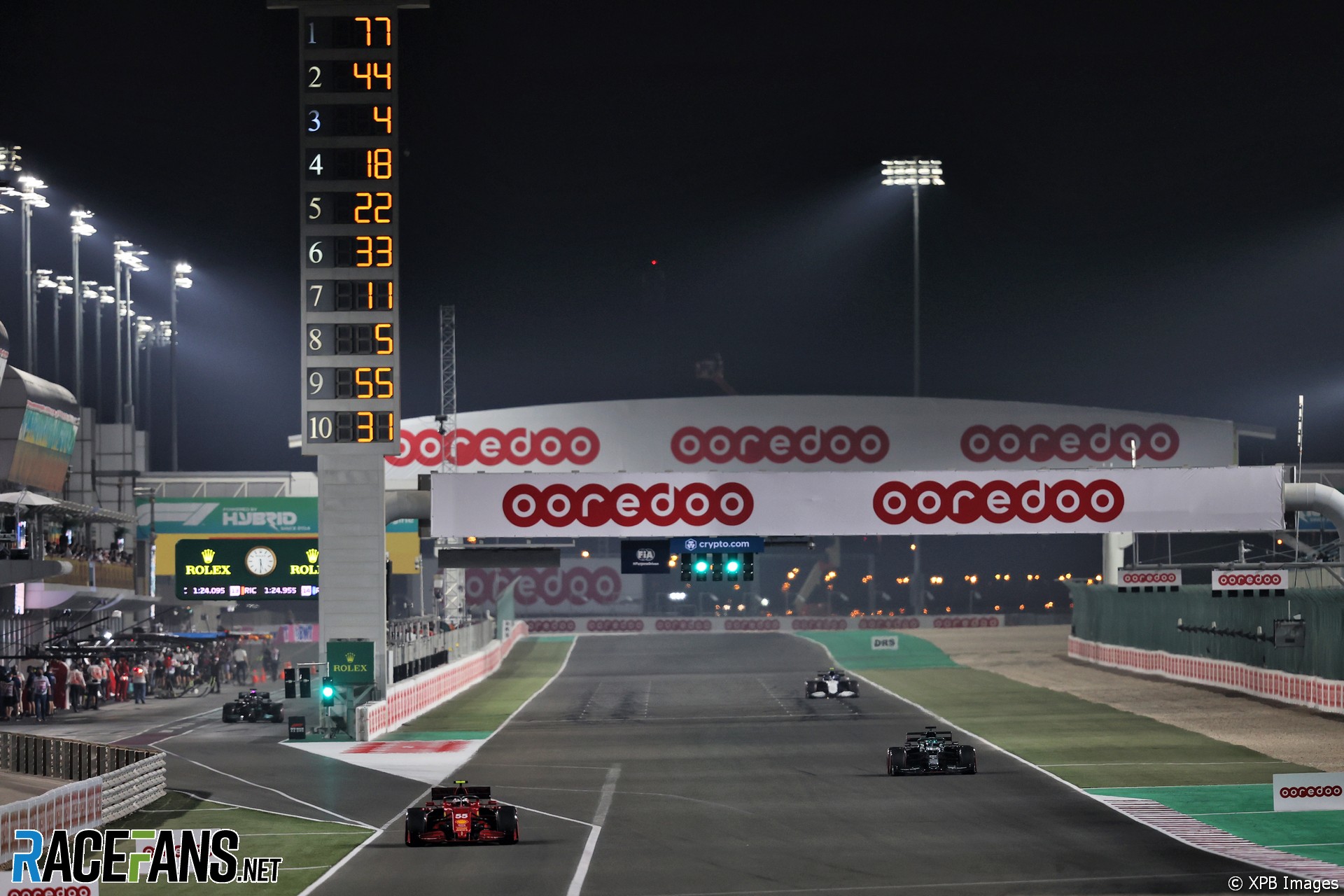 Track limits, both those enforced by the FIA and those enforced by aggressive kerbing, will be crucial to drivers’ qualifying chances around Losail – a circuit where the low chances of overtaking will make the starting grid incredibly important.

Ahead of the weekend drivers were not optimistic about the overtaking opportunities and their first two hours’ of running at the track have not changed that view. Without much chance of making up places, qualifying positions will be incredibly important – possibly not as much so as in Monaco but certainly comparable to a track like the Hungaroring.

That makes the detail of qualifying and finding a way to set the fastest lap possible, at an unknown track, more pressurised even than usual. With qualifying positions so critical, we may even see some drivers lending slipstreams to their team mates on the long straight leading into turn one.

Nailing the best possible lap times could be influenced by multiple factors: track limits (which have changed again since second practice) leading to lap time deletions, traffic and changing conditions as the track cools after nightfall.

Valtteri Bottas, quickest on Friday, admitted he’d been unsure exactly where the ever-shifting track limits lay – and that was before the latest change.

The significant temperature difference between the two sessions means second practice times are likely more representative of the pecking order, though these were strongly influenced by lap time deletions and drivers running wide, kicking up plumes of desert dust.

Lando Norris was among those encouraged by his Friday pace, finishing ahead of both Ferraris. However he pointed out another key atmospheric condition besides the wins which may influence tomorrow’s qualifying session.

“The wind makes it very tricky,” Norris said. “It’s pretty windy and so on. And at the speeds you done little gust of wind or something can make a huge difference.”

This is a factor which tends to affect some teams more than others. Already Williams are talking about this being a less promising weekend for them.

Norris also suffered damage to his car, in both sessions, due to running over kerbs at turn 14. “The exit kerb is a normal FIA exit kerb we have here, but it can damage your car quite easily, like it did for me this morning,” he explained. “And also there in [second practice] and also for others and can be quite costly. So it’s tricky to get right, but more because of the of the wind than anything else.”

A common theme among several teams is that the combination of high speeds and the nature of the kerbs at this track is an invitation to pick up damage. That will be a worry for some this close to the end of the season when parts stocks may be low.

One potentially helpful development is that the high tyre degradation some forecast before the weekend has not yet materialised. George Russell remarked “the tyre degradation seems relatively low, which allowed us to push pretty hard, which is what we all want as drivers from a track.”

That means drivers may well be able to get multiple qualifying laps out of a set of soft tyres. That could be a blessing as they can expect to encounter more of the type of traffic problems which occurred in second practice. Fernando Alonso suggested drivers needed a fully clear sector in order to have space for a lap.

However the lower than expected degradation will make Saturday’s qualifying session even more critical. With fewer options open for strategists, drivers will have to gain positions on the track, which looks likely to be difficult.

As Friday’s running ended, Mercedes appeared to hold the upper hand. But Max Verstappen’s laps were on the scruffy side, and he expects there’s more to come from his runs on the soft tyre.

“It was important to understand how the car would react and there’s quite a bit of change between the medium and the soft tyre,” he said. “That’s why I think on the soft tyre it wasn’t amazing. But [it’s] the first time here. So a lot of things to me to understand.”

AlphaTauri’s promising lap times – Verstappen was beaten by Pierre Gasly and Sergio Perez by Yuki Tsunoda – are a strong pointed to Red Bull having disguised their pace on Friday.

The other crucial decision front-running teams will have to make before qualifying is what strategy to aim for in the race, and therefore what starting tyre to use. Pirelli say the performance step between each of its compounds is 0.7 seconds, from hard to medium and again from medium to soft.

Getting through Q2 on a medium tyre will open up the possibility of running a one-stop strategy during the race, Pirelli expect. But those who have to use a soft may find themselves snookered into pitting twice on Sunday.