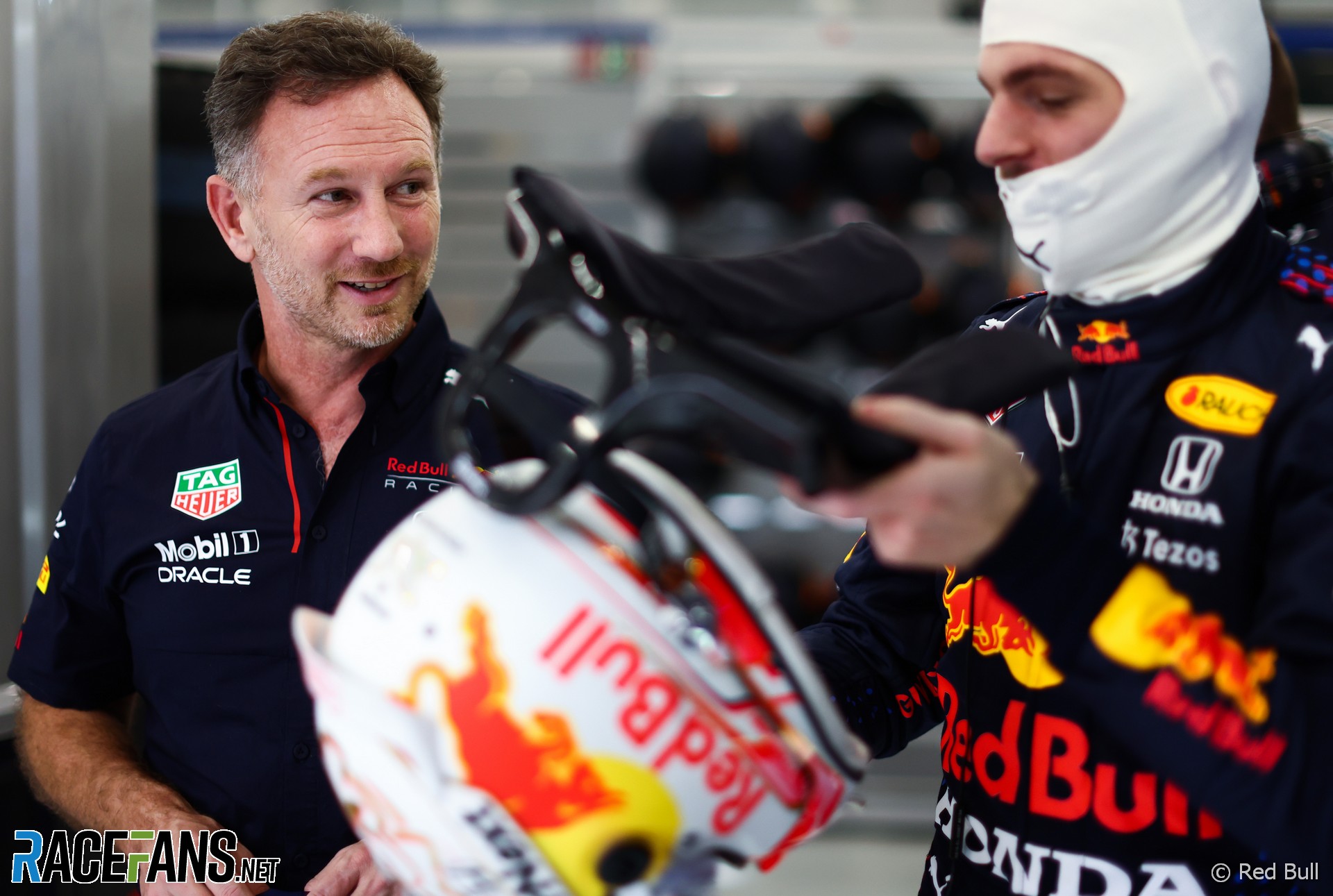 Red Bull will not appeal either of the stewards’ two decisions which saw Lewis Hamilton avoid a grid penalty for incidents which occured during final practice.

Hamilton was given a reprimand and Mercedes a €25,000 fine for impeding Nikita Mazepin during third practice for the Saudi Arabian Grand Prix.

During the Saturday session, held at dusk, Hamilton was driving slowly through the first sector when Mazepin came up behind him at turn seven. The Haas driver had to back off and drive over the kerbs into the run-off to avoid a collision at turn eight.

After investigating the incident, the stewards decided that Mercedes had not informed Hamilton early enough fashion that Mazepin was approaching.

Hamilton was also cleared of failing to slow for double waved yellow flags after the stewards ruled no such flags were shown.

The FIA stewards extended the time limit for parties to lodge an appeal over the Mazepin incident, as the verdict was announced during qualifying and further video footage released around the same time.

Red Bull team principal Christian Horner originally indicated they would consider lodging an appeal. “We’ll have a good look at it,” he told Sky, comparing the yellow flag incident to the five-place grid penalty Max Verstappen received in Qatar. “It feels a little inconsistent with what we’ve seen two weeks ago.

“So we have the right to an appeal. We’ll have a look at the information – we hadn’t looked at it that closely.”

“These decisions are so late,” he added. “The team manager and their team have to focus on the qualifying. So we’ll have a look and see if there’s anything that’s untoward. The one thing that we desperately want is just consistency.”

However following Horner’s comments RaceFans learned Red Bull will not appeal the decisions.