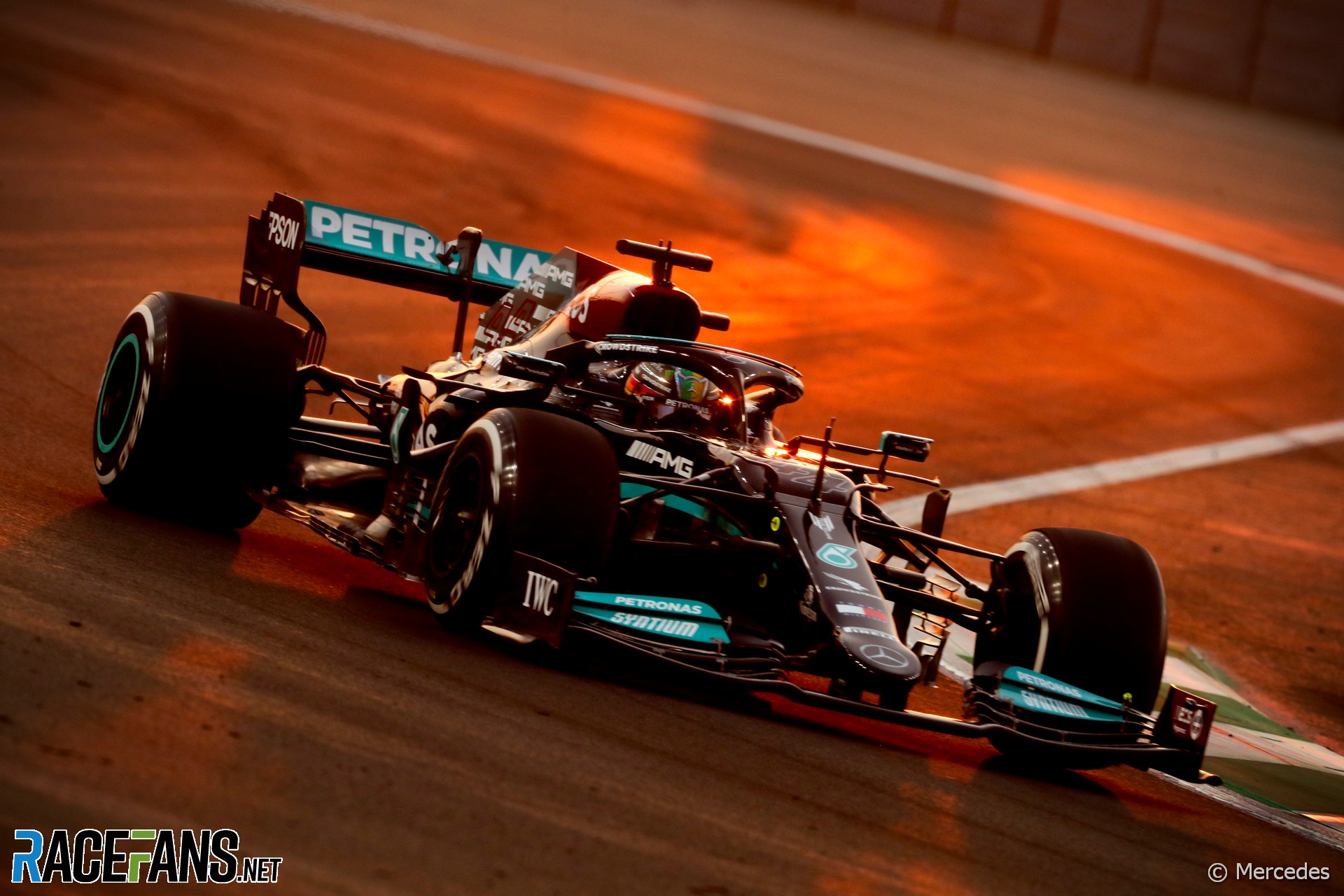 Mercedes team principal Toto Wolff says discussions will be held with new sponsor Kingspan over whether its logos should remain on their cars following criticism prompted by news of their deal.

One of Kingspan’s products was used in Grenfell Tower which erupted in flames in 2017, killing 72 people. Grenfell United, the group which represents survivors and bereaved family members of the disaster, described the deal as “truly shocking”, and subsequently received an apology from Mercedes team principal Toto Wolff.

The matter has escalated, with the UK government indicating changes to sponsorship law could be made in light of the case.

Following Saturday’s qualifying session for the Saudi Arabian Grand Prix Lewis Hamilton suggested the Kingspan logos may be removed from the team’s cars, and indicated he was not happy with the association.

“This really doesn’t have anything to do with me and I know Toto is sorting it,” said Hamilton. “Unfortunately my name is associated with it because it’s put on my car, but whether that remains the same, we shall see.”

Wolff said there’s “certainly a lot of learning for me personally and for the team” over the affair. “We’ve initiated a dialogue with some of the community of the bereaved families and survivors of the Grenfell tragedy to just better understand the pain that’s caused.

“That process is just beginning but we would like to wish for privacy, one that’s ongoing. We are looking at it with a matter of urgency.”

Kingspan’s logos were added to the sides of the W12’s nose ahead of this weekend’s race. Wolff confirmed the question of whether they will remain on the cars is under consideration. “We have discussed also that with the important people and we will reach out to Kingspan and come up with the right solution.

“There is a contractual agreement that’s behind these things and we want to just do the right thing with integrity and that’s why I don’t want to further comment on that statement.”

Asked whether he regretted the deal, Wolff said: “We all develop and learn in our lives, and this is clearly a situation that will make me improve in the future and my assessment, my decision-making.”