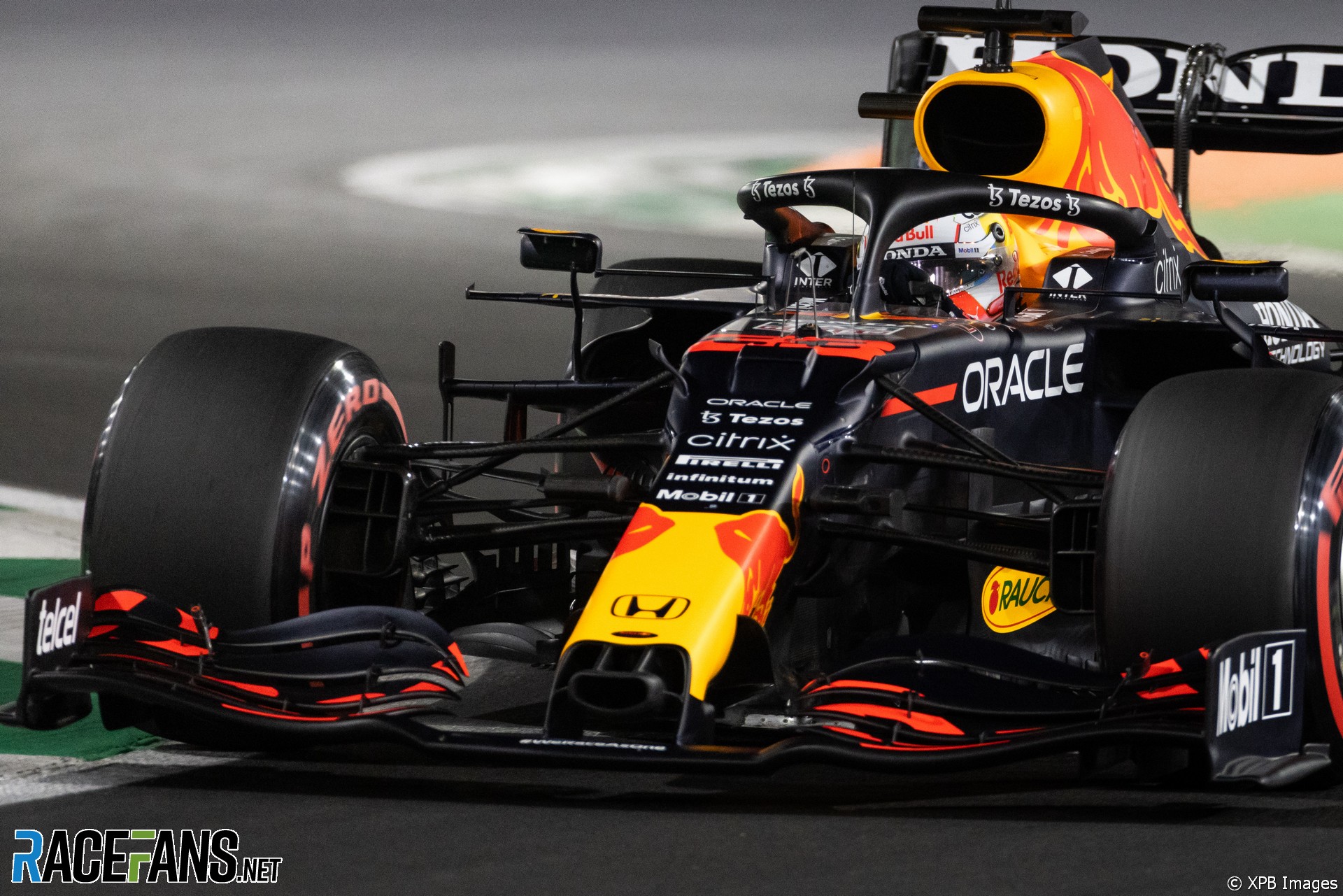 Toto Wolff says Mercedes were lucky to secure a front-row lockout for the Saudi Arabian Grand Prix, believing Max Verstappen would have beaten them by half a second.

Verstappen was up by over two tenths on Lewis Hamilton through the first two sectors of his final qualifying lap, before a brush with the barrier on the exit of the final corner ended his chances of taking pole.

Wolff says the sheer pace of the Red Bull driver over the lap shows how lucky the team were to end up first and second on the grid.

“We clearly weren’t quick enough,” said Wolff. “I think our cars were good for P2 and P3 and probably the drivers outperformed the car.

“Max would have been on pole by, I guess, almost half a second. So this is something which we need to analyse because it’s not what we expected. Max crashing out obviously on the last lap puts us in a more fortunate situation with one and two on the grid. I think we can deem ourselves fortunate for that situation, but the race is a totally different game again.”

With both the drivers’ and constructors’ championships hanging in the balance between Mercedes and Red Bull with two races left in the season, Wolff says the two rivals are so closely matched that it’s hard to call who holds the advantage.

“It changes throughout the sessions. I think we are pretty equal on the straights, but we’ve been losing in the high speed but then also in qualifying in some of the low speed.

“The drivers are not at all happy with the car. It’s between understeer, snapping, checking, rolling, you name it.”

Mercedes can clinch the constructors’ championship at today’s Saudi Arabian Grand Prix if they can build a 44-point gap over Red Bull come the chequered flag, requiring they outscore them by 40 points.