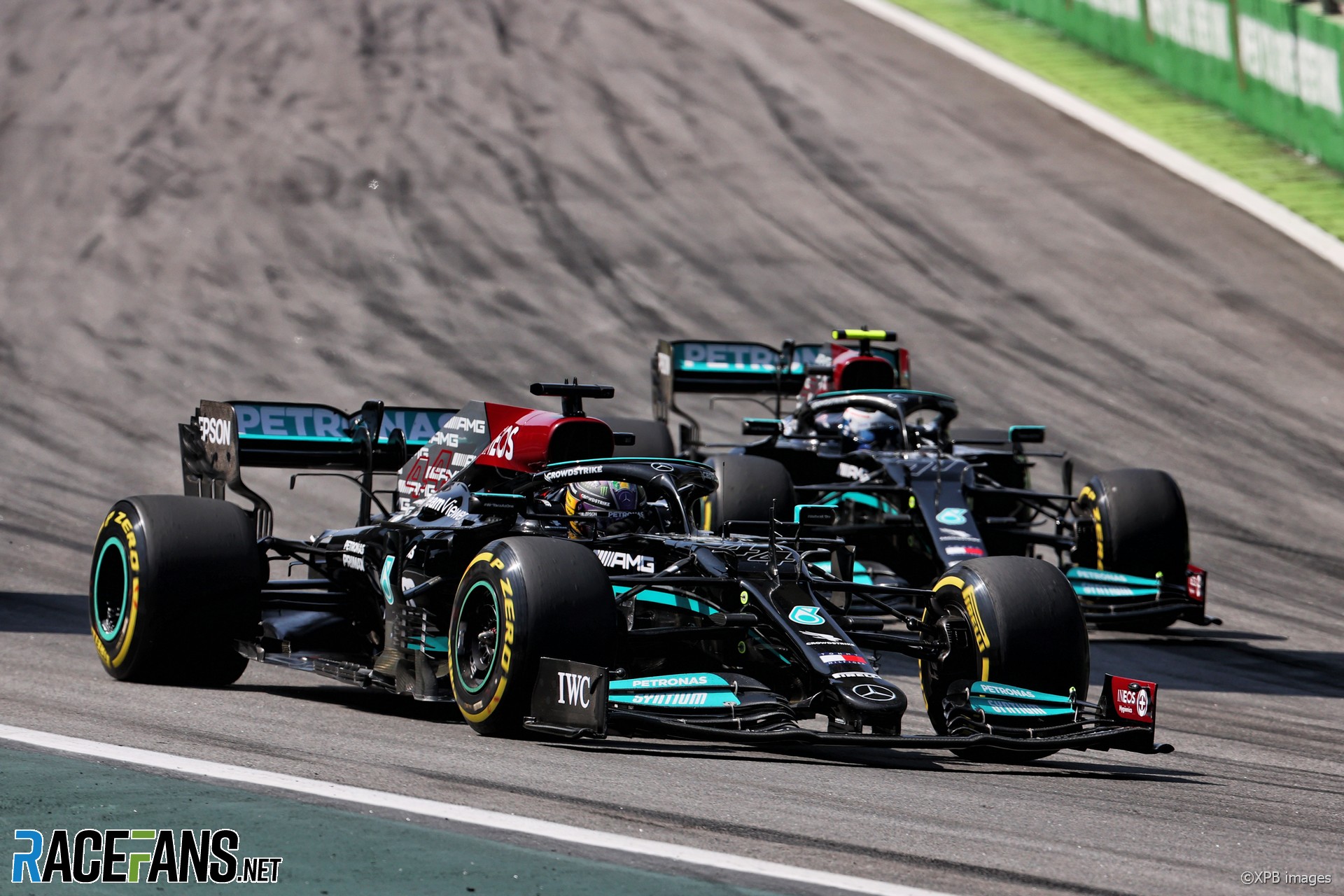 Valtteri Bottas came into the 2021 season with rumours already swirling that this could be his last year in a Mercedes.

After George Russell impressed so much in his one-off appearance at the Sakhir Grand Prix at the end of 2020, the pressure was on Bottas to produce his best Mercedes season so far in 2021 – yet it ultimately proved his worst.

But over the year Lewis Hamilton handed Bottas arguably his heaviest beating in 2021 out of the five seasons the pair spent as Mercedes team mates together. So it was little surprise that long before the end it was announced that Russell would be promoted from Williams to join Hamilton for 2022.

Whether it was in qualifying ahead of Hamilton (22.73%), classified finishes ahead (17.65%), points share (35.82%) or racing laps spent ahead (15.64%), this season was Bottas’ least successful compared against his team mate by every metric. It would also be the only season in which the pair failed to record a single one-two finish together.

While Hamilton opened the season with back-to-back duels with Max Verstappen at the front of the field, Bottas’ heavy crash with Russell at the second race of the year in Imola left many to question why the Mercedes had been racing against a Williams – a car it should have been comfortably ahead of.

Bottas recovered to take pole in Portugal before finishing third in the race. He then suffered cruel luck in Monaco. On a weekend where he comfortably out-qualified his team mate and was running four places ahead of him, second to Verstappen, an excruciating wheel nut failure in the pits ended his best race of the year too soon.

Aside from Hamilton’s ‘brake magic’ error at the restart in Azerbaijan, he finished ahead of Bottas in every remaining race with two exceptions. These were the Austrian Grand Prix – where damage from the kerbs caused him to fade – and the Turkish Grand Prix, where Bottas took his sole victory of the season after Hamilton was hit with a ten place power unit component grid penalty.

There were times when Bottas played a useful role for Hamilton in his fight with Verstappen, and at times that may have inhibited his points-scoring. It also bears pointing out he ended the year much closer to his team mate in the points than Sergio Perez did.

But likely the most disappointing result for Bottas was at the final round in Abu Dhabi, where he proved a complete non-factor in the title decider. While Perez played a vital role by obstructing Hamilton in Verstappen’s favour, Bottas fell back at the start with an under-powered engine and struggled to make progress in the race – eventually crossing the line sixth after losing two places during the controversial final lap restart.

Bottas’s efforts still secured a fifth constructors’ championship for Mercedes in his fifth and final year with the team. After losing the world championship to Verstappen this season, Mercedes will be hoping that Russell can take the fight to Red Bull in 2022 more often than Bottas managed to this season.

Times based on the last qualifying round at each race weekend in which both drivers set a time. Negative indicates Lewis Hamilton was faster, positive means Valtteri Bottas was faster