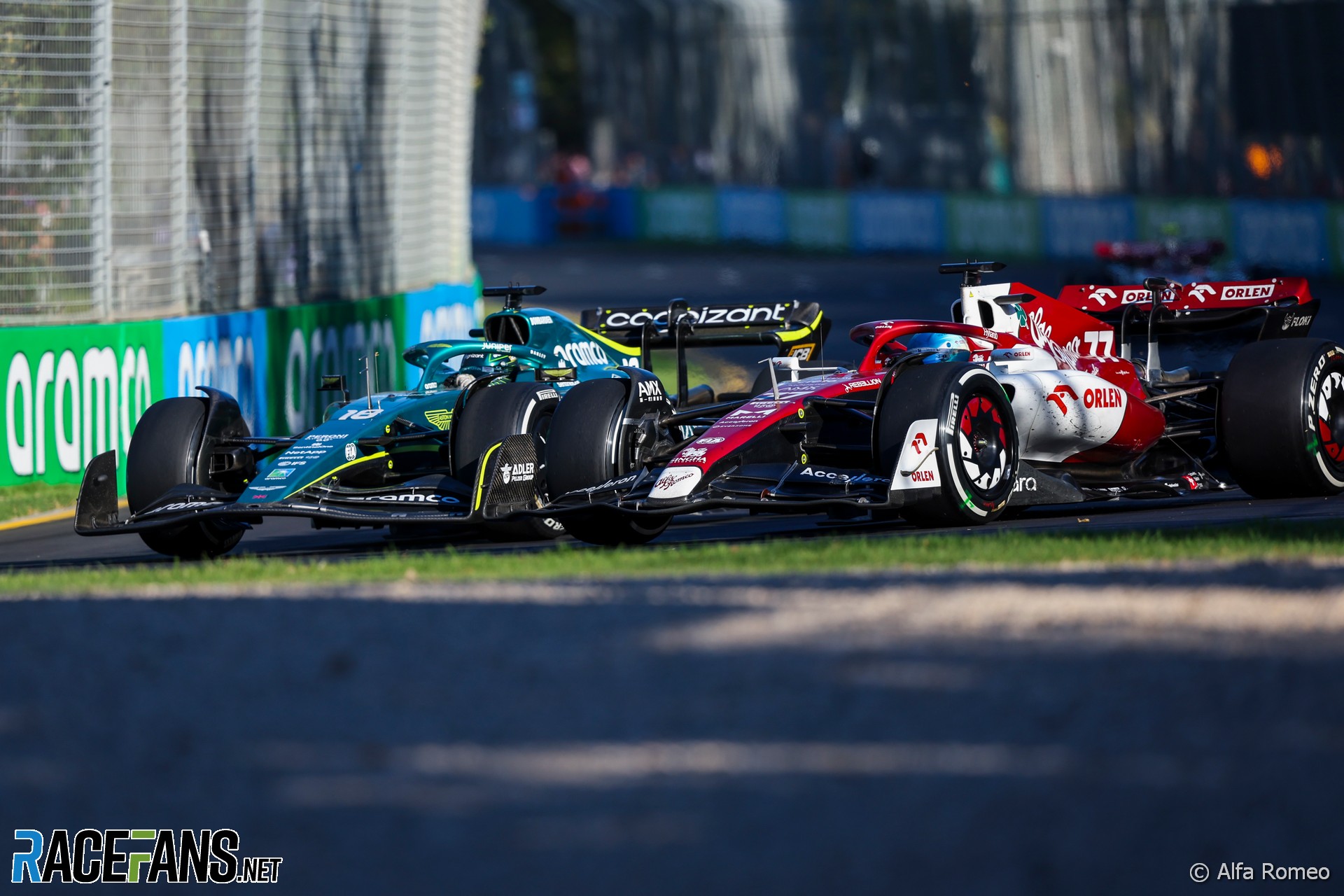 In the round-up: Alfa Romeo expected Lance Stroll would be penalised for running Valtteri Bottas wide in the Australian Grand Prix

Alfa Romeo expected that Lance Stroll would receive a time penalty after Valtteri Bottas appeared to be pushed off track while attempting to pass the Aston Martin late in the Australian Grand Prix.

The pair were fighting over ninth place after the Virtual Safety Car for Max Verstappen’s retirement, when Stroll defended from the Alfa Romeo who was attempting to pass around the outside of turn three, running onto the grass and losing a place to Pierre Gasly. The stewards noted the incident but did not investigate it.

Alfa Romeo’s head of trackside engineering, Xevi Pujolar, said the team felt the move was worth of a time penalty.

“We were expecting him to get a penalty, because it was not very nice what Stroll did,” Pujolar said. “But the decision was no penalty. It was not a frustration for us, but we believe that he was pushed out.”

Italian authorities have seized a property in the island of Sardinia owned by former Formula 1 driver Nikita Mazepin and his father Dmitry as part of sanctions imposed by the European Union against Russia resulting from the country’s military invasion of Ukraine.

Reuters reported that the villa, worth an estimated $114.45 million, was seized by Italian police earlier this week.

Mazepin was contracted to race with Haas this season after contesting his rookie season in F1 with the team last year. After the Russian military invasion of Ukraine, Haas cut ties with Mazepin and his father’s company, Uralkali, who were title sponsors of the team.

Palou confident Penske will be caught as year progresses

Reigning IndyCar champion Alex Palou says he believes Penske’s rivals will catch up to the team as the rest of the season unfolds.

Penske drivers occupy three of the top four places in the championship after three rounds, with Scott McLaughlin and Josef Newgarden winning the opening three races.

After finishing third at Long Beach, Palou says Penske will be challenged by rivals Ganassi and Andretti as the season progresses.

This year we launched Excellence Mécanique Alpine, with the final of the competition taking place in Viry-Châtillon.

The Club are delighted to announce that Sir Chris Hoy MBE has been presented Honorary Membership. The Board and Club extends a most sincere welcome to him. pic.twitter.com/Umi7260G7D

"We are already so far down in the championship that from now onwards basically you first need to be faster than them (Ferrari), which we're not, and zero problems with the car which we also don't have."

Lessons from F1 season so far: Ferrari are a class apart and Albon shines (Guardian)

"Leclerc was almost flawless at the front of the field, sealing a grand slam at Albert Park. He is a joy to watch, the 24-year-old enjoys such a light pleasure in driving to the extent of being able to joke with his team over the radio, it is infectious."

"It was a good performance with close racing and battles from beginning to end. Of course, the most important thing is that we brought home some points, and that is due to a good job done by everyone in the team; I am happy with the calls that were made and how we raced."

A race in my words: Clément Novalak (Formula 2)

"The first one is the 2008 season finale between (Felipe) Massa and (Lewis) Hamilton, the second is the 2016 race where (Max) Verstappen had a pretty insane drive in the wet. Funnily enough, they are both wet races, and both at Interlagos."

How to Whip Yourself Into 'Motorsport Shape,' According to Those Who Race for a Living (Inside Hook)

"Every driver knows what it feels like when your neck gives up. There’s nothing worse than that point of fatigue, because once your neck’s gone, there’s no coming back. Every time you corner from that point onward it’s a fight to keep your head up instead of resting it against the headrest."

The Australian Grand Prix may not have produced a fight at the front as the opening two races of the season did, but @Sbewers saw plenty to enjoy over the 58 laps around Albert Park…

I very much enjoyed that race. Great to see Melbourne back on the calendar and a track where you don’t necessarily need a lot of overtaking to have an interesting grand prix.

We need to move away from measuring how good a race is purely on overtaking metrics. The art of defence is equally thrilling and being difficult (but not impossible) to overtake is what gives us those top-drawer moves like Checo on Lewis at the fast chicane. I’ll take moves like that over 100 DRS passes any day.
@Sbewers