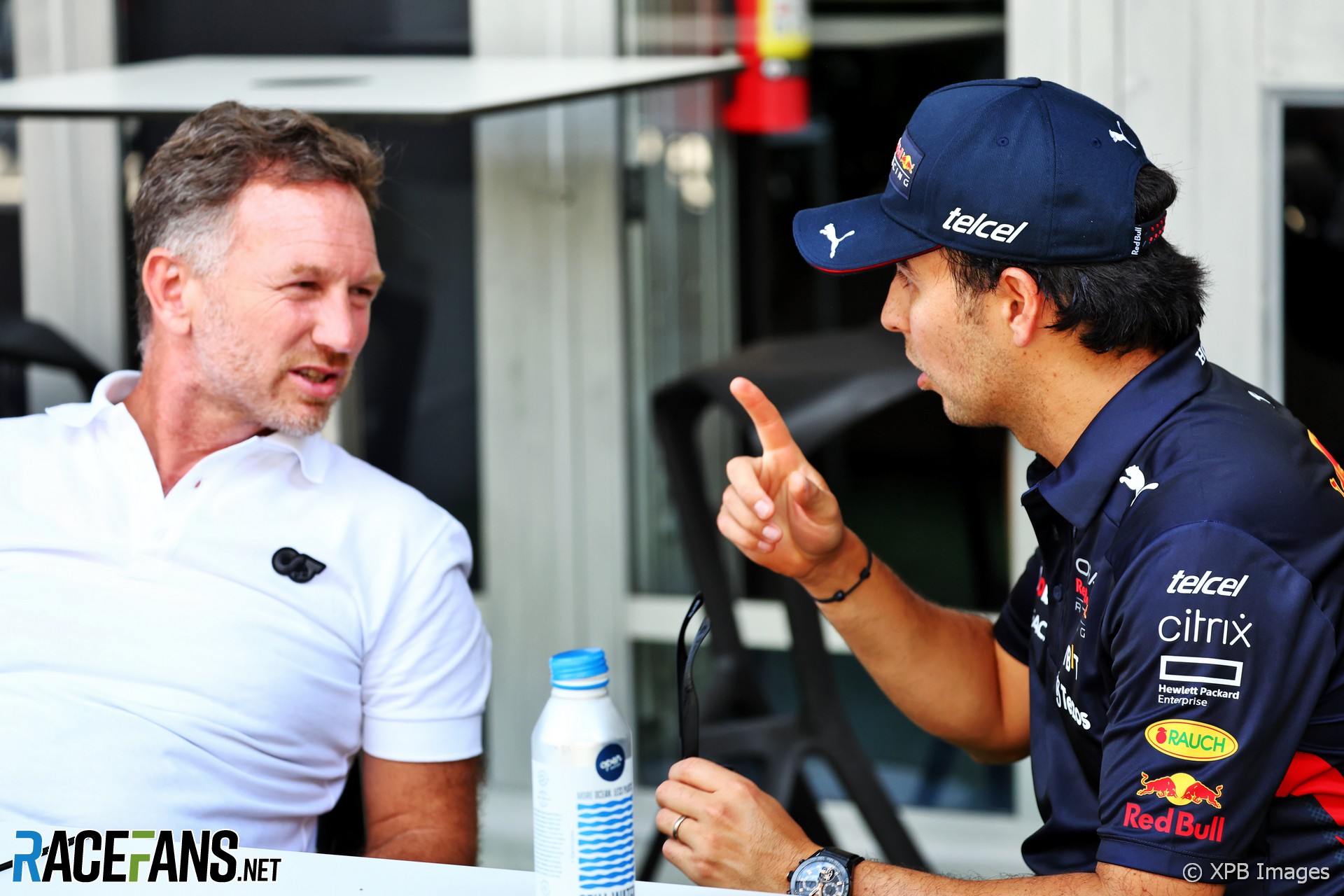 In the round-up: Sergio Perez has confirmed negotiations have begun with Red Bull over a potential contract extension for 2023

Sergio Perez has confirmed negotiations have begun with Red Bull over a potential contract extension for 2023.

Perez is racing in his second season with the Red Bull team, having received a one year contract extension for 2022. Asked whether negotiations had begun between him and the team for next season, Perez confirmed that discussions were taking place.

“Yeah we started to talk, but we are not in a hurry to get anything done soon,” said Perez.

Alfa Romeo could have beaten Mercedes without Safety Car – Pujolar

Alfa Romeo’s head of trackside engineering, Xevi Pujolar, says that Valtteri Bottas could have finished ahead of the two Mercedes on pace in the Miami Grand Prix were it not for the Safety Car intervention.

Bottas qualified fifth on the grid for the race, behind both Ferraris and Red Bulls, and was running ahead of Lewis Hamilton in the race before the Safety Car, that allowed George Russell to pit for medium tyres and rejoin seventh, were he would pass both to take fifth.

Asked if Alfa Romeo had the third-fastest car around the Miami circuit, Pujolar replied “I think yes.”

“After the Safety Car, for some reason they seemed to struggle more mid-to-end of the stints. We were struggling a bit more at the restart. We needed a few more laps to get up to speed. This is maybe a point that we will try to see what can we do in the future without affecting our, our consistency that we have. But without the Safety Car I think we were ahead of them, the two Mercedes.”

Mercedes team principal Toto Wolff says he is “really happy” with how Hamilton and Russell are racing each other so far in 2022.

Russell overtook Hamilton twice in Sunday’s Miami Grand Prix after his first pass on Hamilton was deemed to be outside of track limits. Wolff says that he is pleased with the dynamic between his two drivers so far.

“I’m really happy about the two of them, how they interact, how respectfully they do about with each other,” Wolff said.

“Even a situation where they race each other and where it’s getting a bit ‘I’m not leaving you room’, ‘okay then, I’m going to find another way’, and then you give the position back – I think this is how the two of them, how team mates should race each other. And that’s okay.”

There’s a reason why I’ve never watched back an F1 gridwalk in a quarter of a century of doing them. You have no idea how much I dislike doing them but somehow those crazy moments have defined my professional career 🤔. Oh well, that’s the way it is.

George didn’t really understand this either when he came on the post race show. George ran wide, never passed Lewis and Lewis then let him past at the next turn, possibly, we suggested, thinking he’d forced him off track and wanting to make amends. Odd. https://t.co/wV1r108IFi

If you love @F1, then you will love @IndyCar. I love and respect both. Seeing the rise in popularity for the F1 side is such a positive for open wheel racing as a whole. Excited to share our story on the IndyCar side more, especially this May 🤘

Not the result we were hoping for, but we’ll keep fighting #MSC47 pic.twitter.com/ahpQ4wCIqf

"Regulations are in place to keep the drivers safe but some common sense is required. Drivers take on enough danger every time they step into the cockpit and if they, as adults, decide to wear a piece of jewellery, in full knowledge of the outcome and the risk to themselves, that is their choice."

"For three days around Formula One’s inaugural Miami Grand Prix, a sport that few Americans cared about until recently, A-listers filed past the garages gawking at the only sports cars they might never buy. Hulking Super Bowl winners queued up to say hello to jockey-sized F1 drivers. Former First Lady Michelle Obama popped into the Mercedes garage on Saturday just to hug seven-time world champion Lewis Hamilton, one day ahead of Tom Brady and David Beckham."

Formula One, fueled by Netflix and ESPN, revs up courtship of U.S. fans (Washington Post)

"The product itself is very consumable. It’s hard to dedicate time to three-plus-hour games, so the nature of how condensed F1 is, in that two-hour window, is another element we feel has helped us retain viewers longer."

"Before hitting up E11even, a Page Six spy spotted Verstappen, 24, celebrating with pal Martin Garrix at the Story and Tao event presented by Acura, where he signed the wall with his signature."

"True. The atmosphere was more akin to a carnival, the Hard Rock stadium was sold out and all the drivers looked physically wiped after the race. Circuit looked good, if a little tricky, so while the race itself didn’t ignite in the way F1 hoped, it was still an important milestone."

"Formula One's commercial rights holders Liberty Media are buying a plot of land in Las Vegas for $240 million to locate the pit and paddock complex for a grand prix next year, they said on Friday."

With George Russell admitting good fortune had played a large role in his driver from 12th on the grid to fifth in the Miami Grand Prix, reader Dan reckons the Mercedes driver should give himself more credit…

I think George is being very modest here. No need to make up excuses for finishing 5th. He drove a hell of a race.

Yes he was lucky with the Safety Car but he made his luck. A few laps earlier Merc wanted to bring him in and put him on softs but he suggested staying out as he would benefit if there was a safety car. Bingo! Smart racing.

I am especially happy for him because Merc screwed up his setup somehow on Saturday after being fastest on Friday. It’s too early to tell but Lewis may have his hands full besting him this year.
Dan 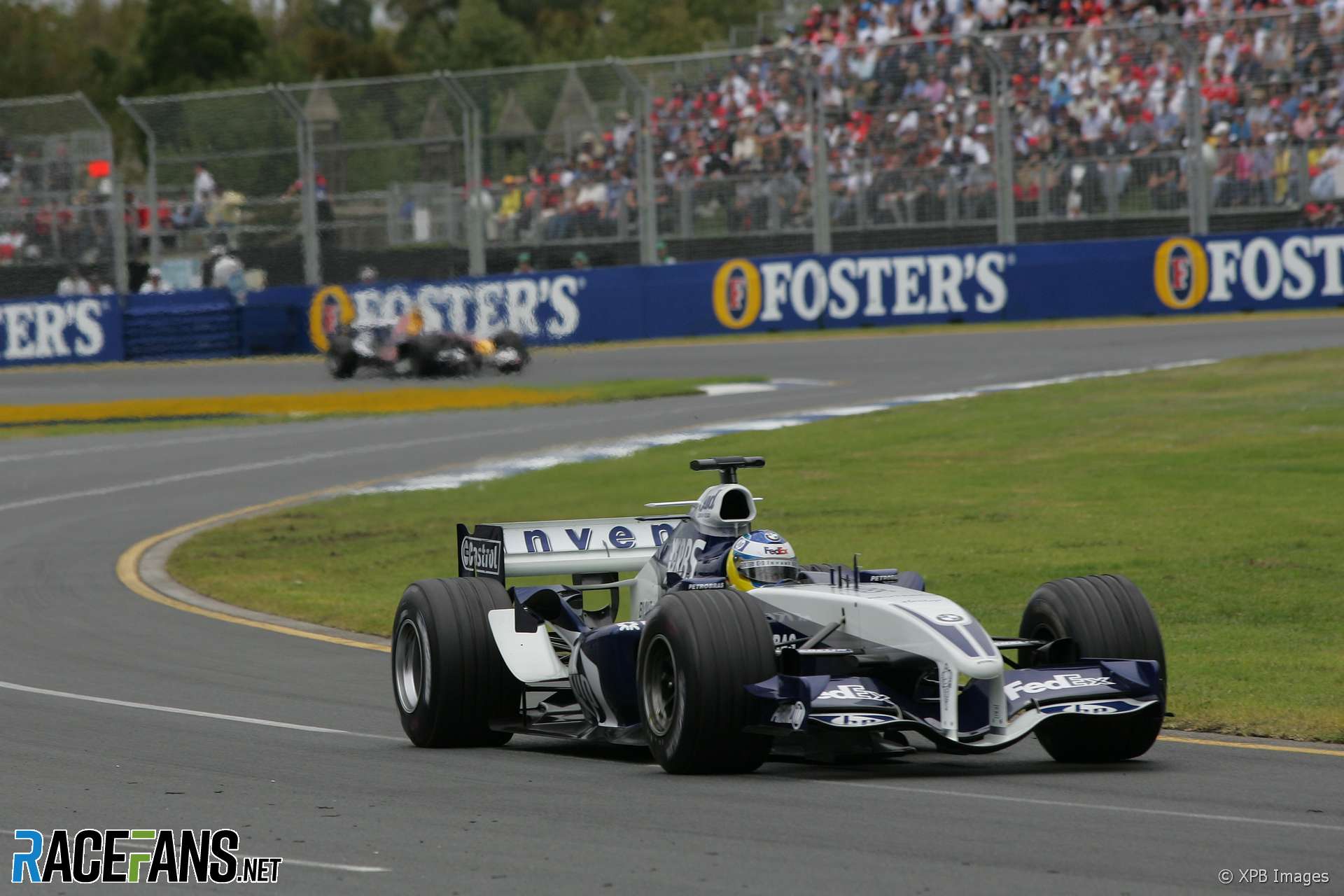