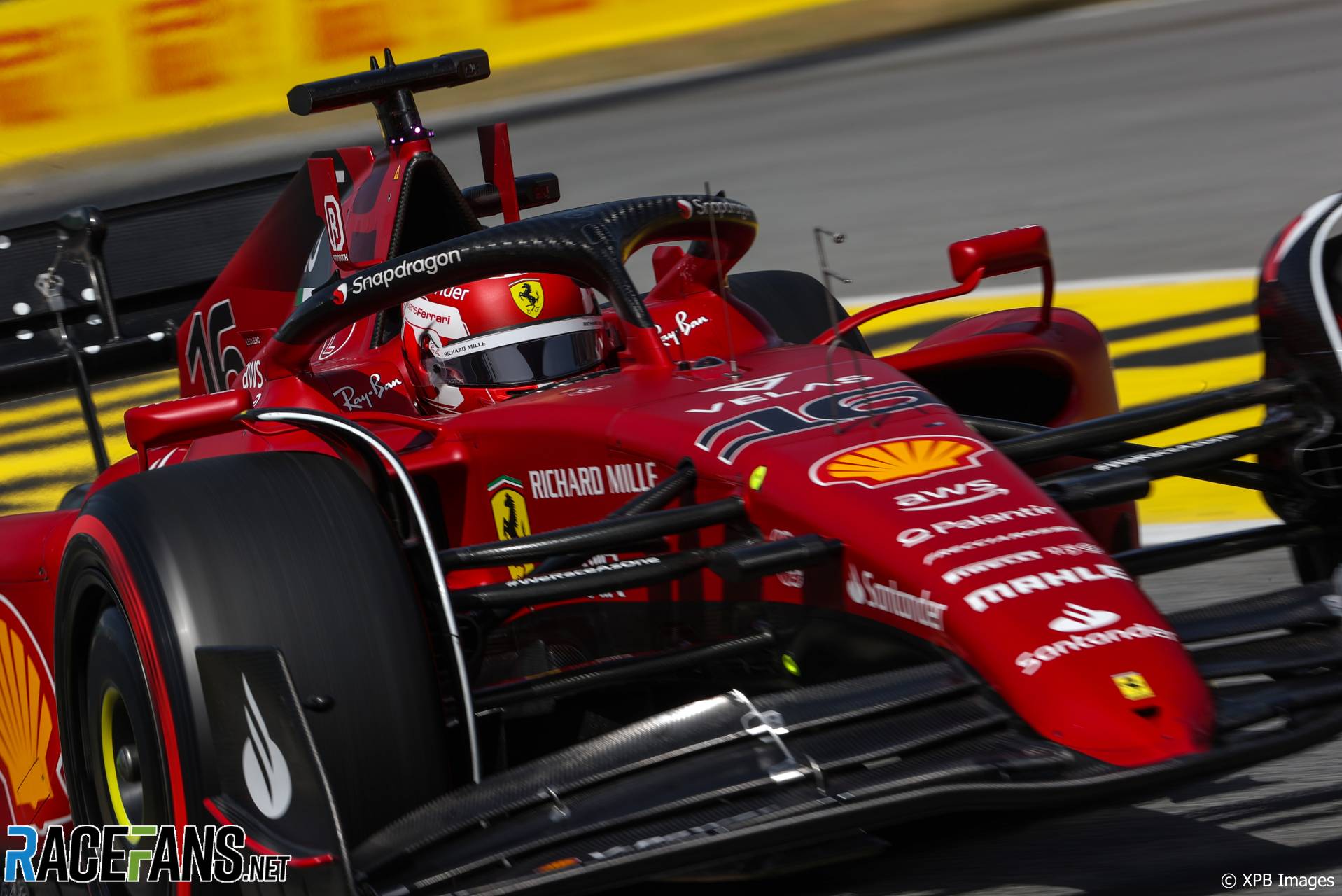 The Spanish Grand Prix has a reputation for producing some of the most consistently insipid, unremarkable races of any circuit on the Formula 1 calendar.

A combination of long, sustained corners and an awkward chicane leading onto the main straight proved a major hindrance to racing in Formula 1’s heavily aero-sensitive cars affected by dirty air. With drivers so familiar with the course through countless laps in testing, the event has become known as the ‘Noah’s Ark’ race, where the ranking roughly reflects the field’s performance order from the fastest cars at the front to the slowest car occupying the back row.

But there are several factors which indicate Sunday’s Spanish Grand Prix could be one of the more eventful for many years.

Abnormally high temperatures across the weekend mean tyres are going to be punished around the already abrasive and demanding circuit. Drivers are fully aware of the challenge that is awaiting them tomorrow.

“I think it’s going to be a chaotic race tomorrow,” Mercedes’ George Russell predicted after qualifying. “There’s going to be a number of stops, I believe, for everybody.”

Even Pirelli, who brought the hardest possible tyre compound combination to the Catalunya circuit for this weekend, accept that tyre wear is likely to have a major impact on how the race pans out.

“Degradation will definitely be a factor tomorrow with temperatures predicted to be perhaps even hotter than today,” said Pirelli’s Mario Isola, “This is likely to be the most challenging race of the year for tyres so far, where management and strategy will be key to success.”

As a result, it is likely that a minimum of two stops will be the way to go during the race. Pirelli believe that even a three stop could be viable, recognising the historically low risk of Safety Car appearances at the 4.6-kilometre circuit.

It was this that led eventual pole sitter Charles Leclerc to forgo a new set of soft tyres in Q2 in order to ensure he had a fresh set to hand for the race should he need it.

Starting alongside the championship leader on the front row of the grid yet again, Max Verstappen has every reason to feel confident of being able to overcome Leclerc in the race just as he did in Saudi Arabia and Miami earlier in the season. With his long run pace in practice appearing to be superior to what Ferrari had been able to produce, Verstappen is optimistic about his chances even if he can’t beat Leclerc down to turn one.

“Well, [the start] can be important but, on the other hand, also not really,” Verstappen said. “For example, last year I took the lead in the start, I still didn’t win the race.

“You need, overall, just good pace during the race. You need good tyre management around here. It’s really hard on tyres with the high-speed cornering. So of course, if there is an opportunity you go for it. If it’s not, you don’t. You just settle and try to wait for the opportunity and hope that of course the package you have tomorrow in the race is competitive enough to fight for the win.”

Acutely aware of how Ferrari’s tyre graining troubles bit them in both Imola and Miami, Verstappen is hopeful that tomorrow’s forecast of another 30-degree day will prove accurate. “Hopefully, tomorrow is going to be again really hot,” he said. “So hopefully we can be good on the tyres again.”

Despite securing pole position on his one and only completed lap in Q3, Leclerc recognises that the Ferrari might not be the favourites to keep first place by the chequered flag tomorrow.

“We’ve done a bit of a long run this morning, which was much better compared to yesterday,” Leclerc said. “Unfortunately, we didn’t have any other references because we were the only ones doing long runs this morning. But it feels like we found something. Whether it’s going to be enough to challenge Max and Checo [Sergio Perez], I don’t know, but the feeling was better.”

Behind the front row in third, Carlos Sainz Jnr is eying an increasingly overdue maiden grand prix victory in front of a home crowd. His first step to getting there will be to sprint past the pair ahead into the first corner – a real possibility on the longest run to a first corner on the calendar.

“I think there’s two key aspects,” Sainz explained. “There’s the start and the tyre management that you need to get right to win here tomorrow. I’m ready to fight for it. Ready to get a good start, ready to try to get ahead. Ready to try and push from there.

“Obviously try to get a good launch and then it’s all about slipstreaming and braking into turn one. I think it will be good fun if we all get there at the same time – that’s what Formula 1 is about, no? These kinds of moments. It makes it fun and I think we could have a good show.”

Every race so far in 2022 has been about Red Bull versus Ferrari, but Sunday could well be the first time that Mercedes become a genuine factor into the battle out front, with George Russell out-qualifying a Red Bull to line up fourth, with Lewis Hamilton not far behind in sixth. Not content with simply enjoying the fact that his team appeared to have bridged the gap to their rivals ahead, Russell was bullish about his prospects of racing those ahead of him on the grid.

“I think Max looks much quicker than the rest, but I think we’ve got a real shot against Ferrari,” he said. “Unless they’ve found some gains overnight, I think we’ll be in the mix with them. So we’ll be going for it and try to fight for a podium.”

Strikingly, Russell’s top speed at the end of the straight on his final Q3 lap was 6kph faster than Leclerc’s – evidence of how much of a threat the Mercedes could prove to those ahead if he finds himself in their slipstream with DRS available down the main straight during tomorrow’s race. No wonder Mercedes trackside engineering director Andrew Shovlin cannot wait to go racing.

“We’re looking forward to tomorrow,” said Shovlin. “Our long run looked a more competitive than single-lap yesterday so hopefully we can put some pressure on the cars ahead of us and the high degradation should give some interesting options on strategy.”

Heading into the 2022 season, the years of development building the concept for the new ground-effect cars for this year were driven with circuits like Barcelona in mind. But despite the new philosophy having proved its worth in allowing drivers to race closer than ever before, Sainz believes that overtaking may actually prove even more difficult than usual, though not because of the cars.

“Following, these last couple of days around this track, has been a bit more difficult than lately,” Sainz explained. “I think it’s the heat and I think it’s the tyres that are suffering quite a lot from the heat.

“Every lap that you do behind the car, it’s a lap that you overheat the tyres and you have less grip. It’s a very hot Barcelona and it’s not going to be easy to pass.”

If that turns out to be the case, that will only make the start and track position during the 66 laps even more crucial than usual. But whether it is another routine race or as chaos in Catalunya, Leclerc will have his work cut out to convert his third pole of the season into his third victory.

Can Leclerc repel the threat from Verstappen? Will Mercedes be in the mix at the front?