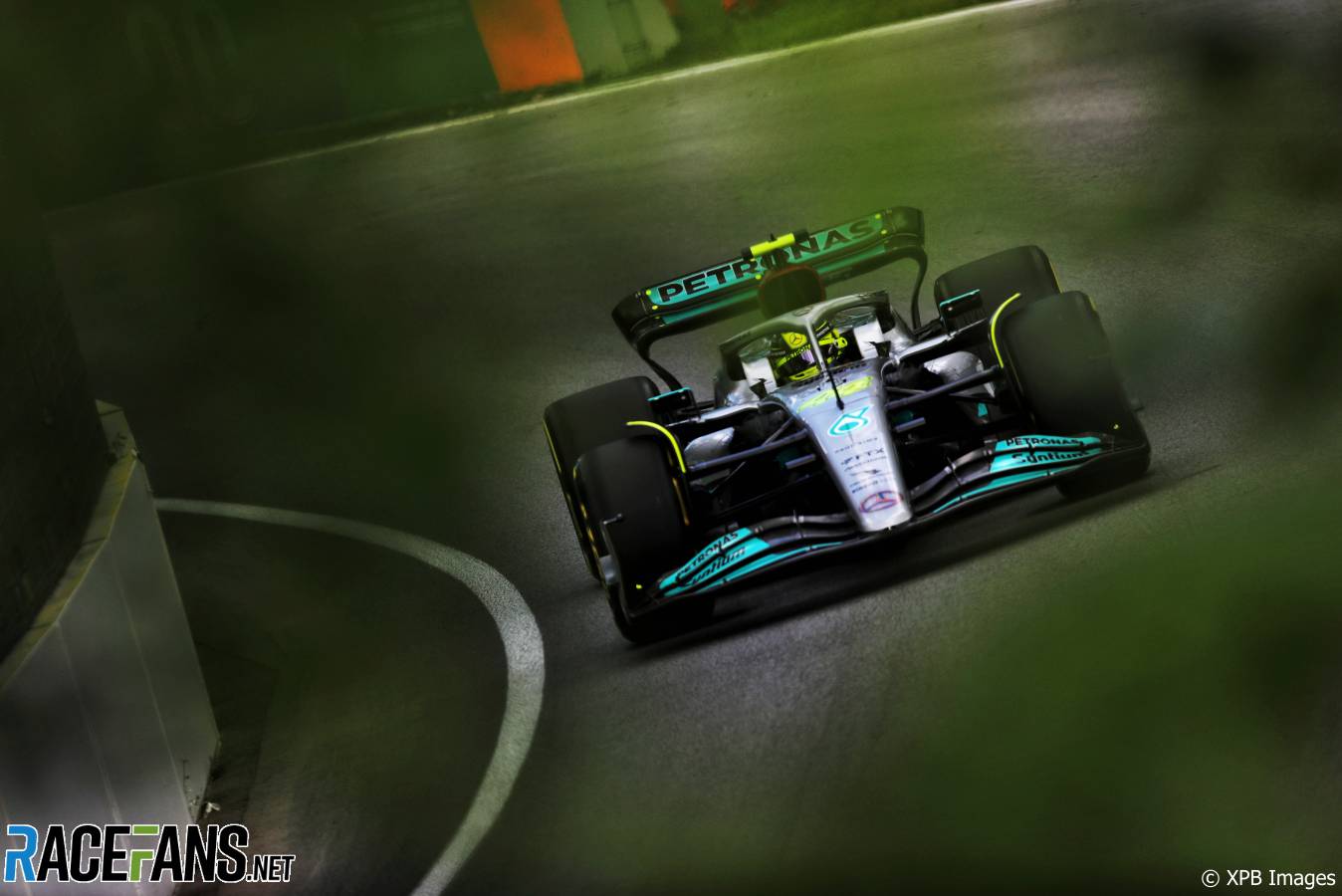 Lewis Hamilton said an experimental set-up and drastic floor change on his Mercedes did not improve the performance of the team’s troubled car in practice for the Canadian Grand Prix.

Hamilton said that today’s running was “pretty much like every Friday for us”, running different parts on his car and his team mate George Russell’s. “We’re trying lots of different things, experimental floor on my side, which didn’t work. Nothing we do with this car generally seems to work.

“So we’re trying different set-ups, me and George went with much different set-ups in this P2 just to see if one way works and one way doesn’t,” Hamilton explained. He said he would wait to hear what Russell thought of his car’s performance but described his own session “a disaster.”

“It’s like the car is getting worse, like it’s getting more and more unhappy the more we do to it,” Hamilton said. “So we keep working on it and it is what it is.”

However he is resigned to not being able to make significant improvements with the W13. “I think this is the car for the year, so we just have to tough it out and work hard on building a better car for next year.”

Hamilton said that the stiffness of the car makes it particularly limiting to drive in Montreal. “One touch to the kerb and the thing goes flying, it’s so stiff. And here you need to be able to use the kerbs. So it’s very, very tricky.

“It’s not the Montreal that I know, that I’m used to and that I’ve experienced in my career. It’s the worst that I’ve ever felt any car here.” Hamilton first raced at the Circuit Gilles Villeneuve in 2007. “I’m hoping overnight we can try and make some changes. But fundamentally, it’s just the fundamentals of the car. It is what it is and it’s going to be a struggle.”

Hamilton said he had “a monumental fight the whole time to keep it out of the wall” during practice. “When it bounces, when the car leaves the ground a lot, then when it lands, it grips up and it goes in different directions. And so you’re just trying to catch a car that hops, grips, hops, grips. It’s tough.”

The bouncing caused “some big hits today,” Hamilton added. A ride height adjustment did not help the problem, he added. “We’ve raised the car and it doesn’t make a difference.”

The only positive to take away, Hamilton concluded, was that some set-up options had been eliminated. “Well, we’ve tried loads and loads of things, so we’ve ticked them all off. Those ones don’t work, so we have to go find something else. And we’re way off, but it’s to be expected with this car.”

George Russell said the difference between his car and Hamilton’s was more extreme than it had been at previous races. “In FP2 that was probably the biggest deviation in set-up Lewis and I have had all season,” he said. “We went in two drastically different directions.

“We’ll probably be able to find a happy medium between between the two. So we’re going to be working hard.

“We just need to make sure we qualify ahead of the midfield. I think we’ve got a race car that will put us in that best team position spot. But obviously if we qualify a little bit out of position it may be tricky.”