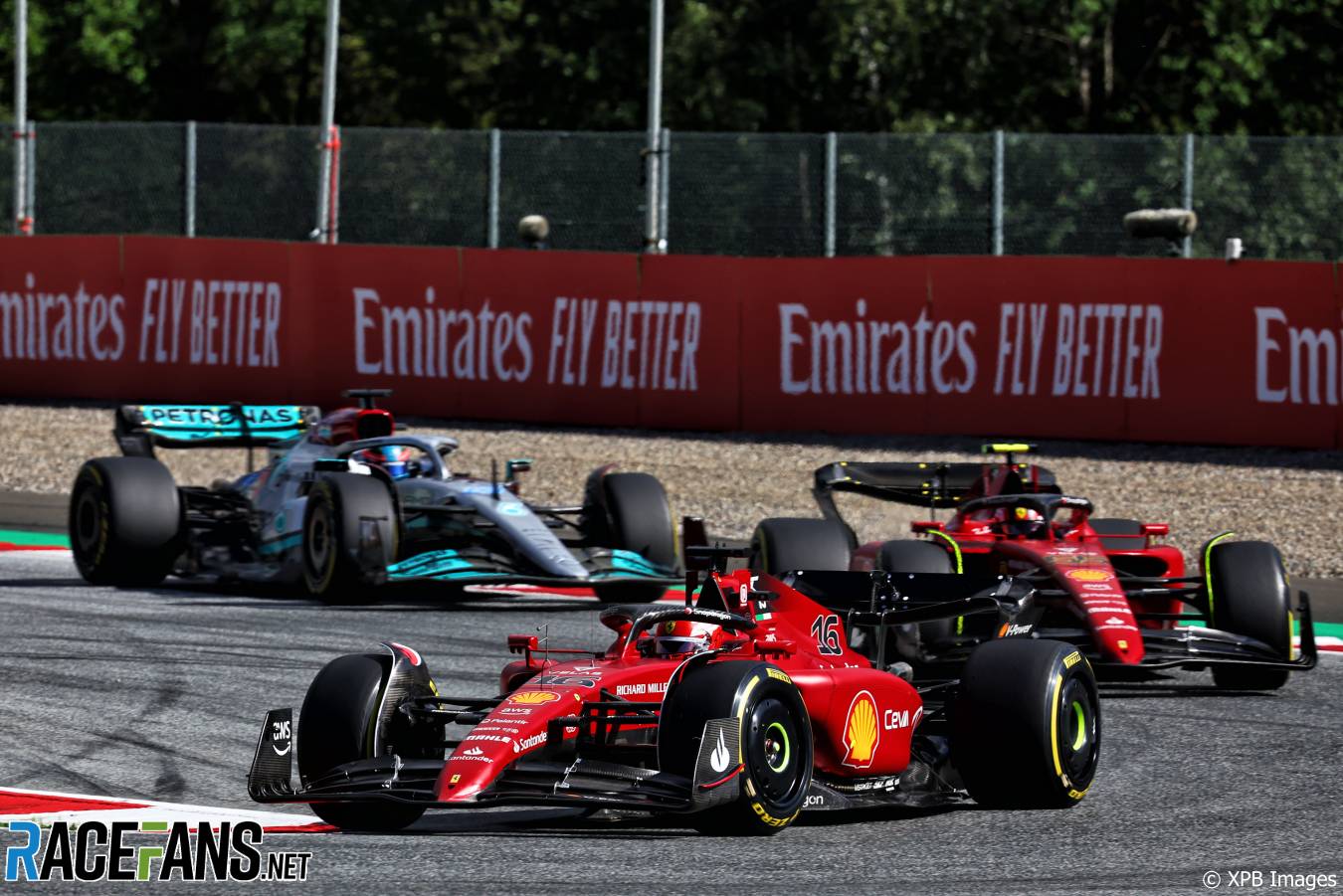 Charles Leclerc says the fight between him and his team mate in the Austrian Grand Prix sprint race compromised his attempts to fight for the lead.

The two Ferrari drivers exchanged positions twice on the opening lap, Leclerc regaining second place behind Max Verstappen. Sainz then attacked Leclerc further into the race, and the pair dropped further behind the Red Bull driver.

Leclerc suggested the reason Sainz was able to attack him in the early laps was because he was managing his tyres more in order to be able to catch Verstappen later in the race.

“I think it was pretty close between us three, to be honest, in terms of pace,” he said in the FIA press conference after the sprint race. “I was probably the one managing the most at the beginning and the one pushing the most at the end. So I just tried something different but it didn’t work out.”

Leclerc admitted he lost “a little bit” of time to Verstappen while battling with his team mate.

“Whether this was enough to get the win, I don’t think so. Because Max was also managing then once he had a gap. We’ll never know what could have happened, but today is the way it is.”

The trio will start tomorrow’s grand prix in the same order they began the sprint race. Leclerc said Ferrari must avoid a repeat of the scenario which cost them time today.

“Tomorrow’s going to be a long race and tyre management will be quite a bit more important compared to today,” he said. “So probably tomorrow we cannot afford to do what we did today, no.”

It will be up to team principal Mattia Binotto to determine how hard they can fight each other, he added. “For the rules of engagement, obviously we are not the one to decide,” he said. “It will be more Mattia.”

41 comments on “Leclerc: “We can’t afford to do tomorrow what we did today””