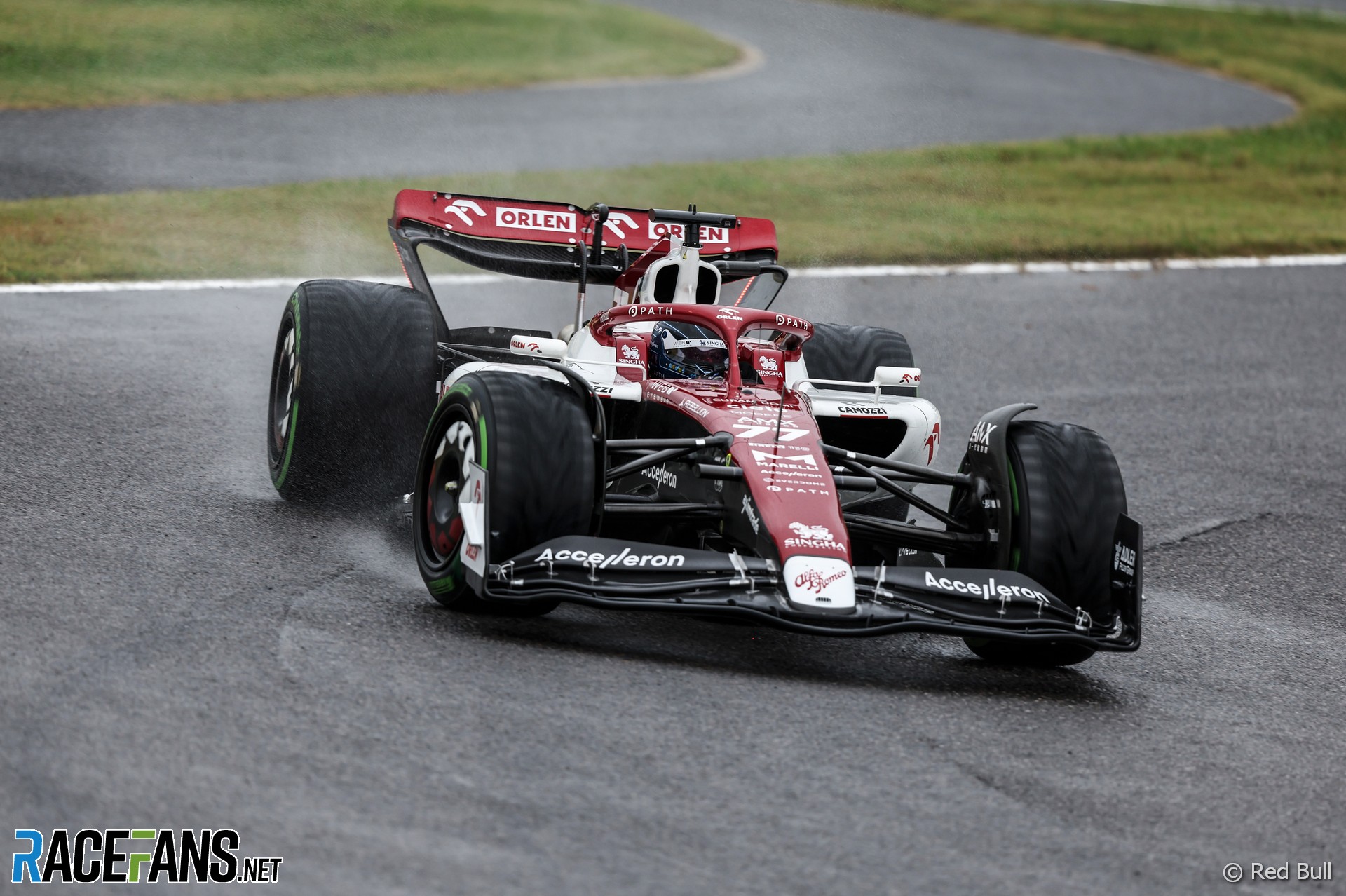 Valtteri Bottas believes Alfa Romeo’s new front wing upgrade is working as intended, despite having to test it in wet conditions during practice at Suzuka.

Alfa Romeo described the new design as a “significant” change which it hopes will improve the car’s aerodynamic performance this weekend and in coming races. Bottas tested it briefly during practice today. A second example will be available for team mate Zhou Guanyu to use tomorrow.

Bottas was pleased with the performance of the C42 on a rainy day at Suzuka. “I think the car performed actually pretty well today,” he said.

“At times in wet conditions we’ve been struggling a bit but today everything seemed actually to work okay. We got the tyres to work with this track, you can create quite a lot of energy and that way temperature. So that was positive.”

Bottas felt the team’s new front wing “seemed to work as expected”. The team had to rely more on his feel for the change as the wet weather impaired their opportunity to test it.

“It definitely gave us a bit of stability in the high speed,” said Bottas. “That’s what I felt, which is what it needed to do.

“Obviously we’re missing quite a bit of sensors because of the wet conditions so we can’t, aero number-wise, measure it that much. But feeling-wise it was like it should be.”

The team was able to assess how much the wing changes the balance of the car, which will help them decide on a set-up for qualifying tomorrow, when the track is expected to be dry.

“I felt the improvement,” Bottas added. “It was tricky because the tyres are also going [off]. They actually degrade quite quickly here because it’s a lot of high-speed corners and the Tarmac is quite rough. But the feeling was that most of it did what it should do.”

He had a brief moment in the 300kph left-hander 130R where the car almost snapped away from him. He was able to catch the slide and run wide onto the asphalt run-off. “I think there was a bit of standing water in the entry phase, so it happens pretty quickly,” Bottas explained.