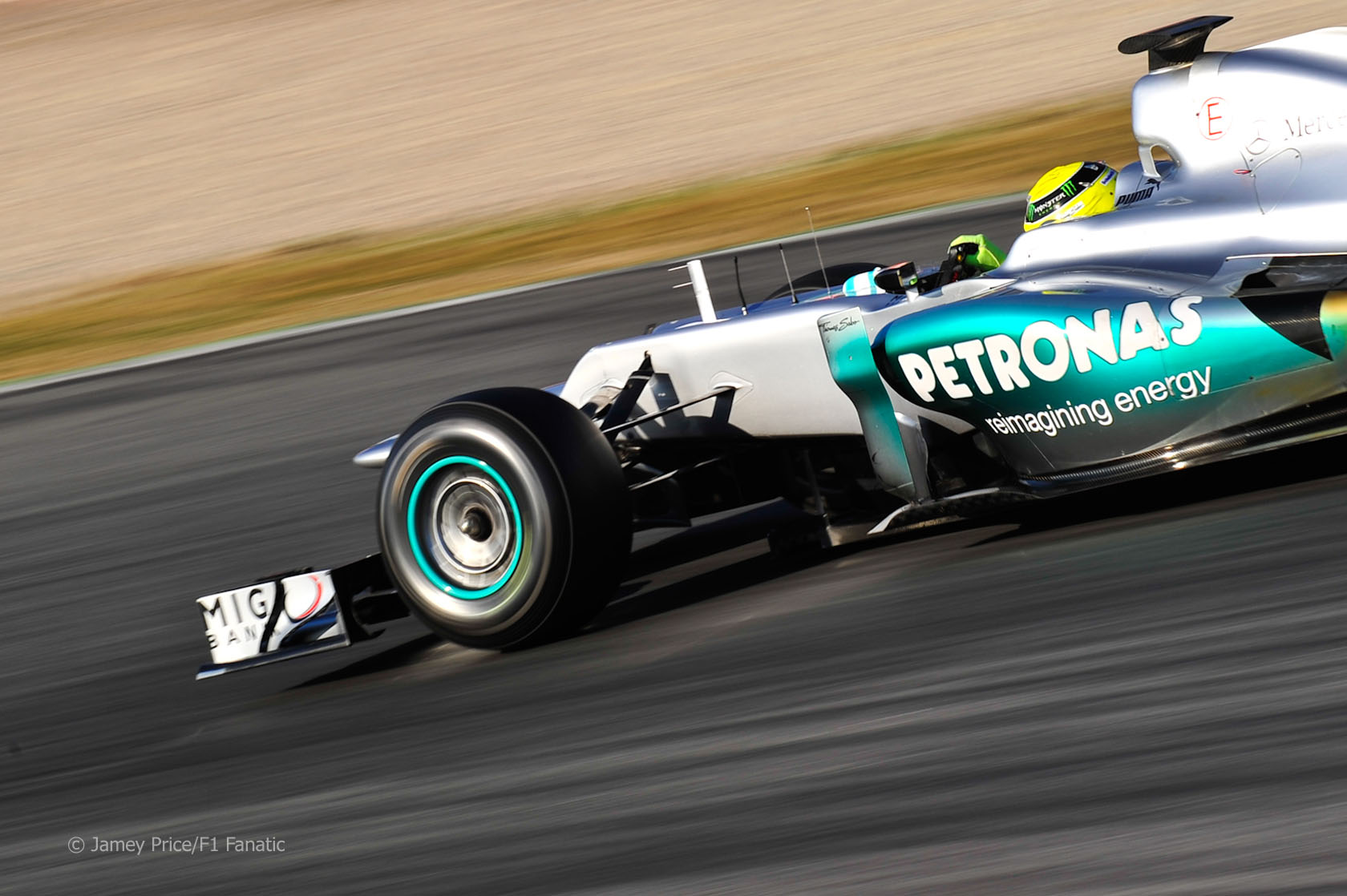 In the round-up: Nico Rosberg says Mercedes will “annoy” the teams fighting for the lead this year.

“It’s still going to be the teams from last year that we need to beat, but I think we have a good chance to annoy them a few times early in the season.”

Video showing the rear of the upgraded RB8 (UK only).

“I suppose the thing that everyone’s obviously asking about is the changes we made to the car but I have to say the car was not massively different to the one I drove on Thursday.”

“It was a particularly unpopular decision not just with the Italian but also the Spanish media; Alonso is mobbed whenever he is in action in his native Spain.”

New HRT is a step up, says Karthikeyan (Reuters)

“I’ve seen the car and it looks a lot better [than last year’s]. We have a lot of experienced people in the team and everyone knows what they are doing. This is not a Mickey Mouse team. We are definitely in a better position than last year.”

There were many great suggestions for yesterday’s Caption Competition involving the two Mercedes drivers. And some of them didn’t include references to David Hasselhoff.

Among my favourites this week were suggestions from Chris, Robk23, JamieFranklinF1, Hey (bonus point for the Monty Python reference), Sam3110, Chris Gascoine and S.J.M.

But my favourite is the one which appears on the caption here, which was suggested by Plutoniumhunter.

The Caption Competition appeared on the site a little later than usual yesterday so if you’ve not had a chance to post your choice of caption yet head over there now and I may pick another selection of the best for tomorrow’s round-up.

I’ve been in discussion with F1 Fanatic’s hosts VPS.net about ways to improve the performance and stability of the site. To this end we will be performing a server move on Sunday night.

During this time you may notice your comments do not appear after they are posted, and possibly some interruptions in service. If so, my apologies for any inconvenience caused.

Emerson Fittipaldi and Peter Revson completed the podium at Kyalami.