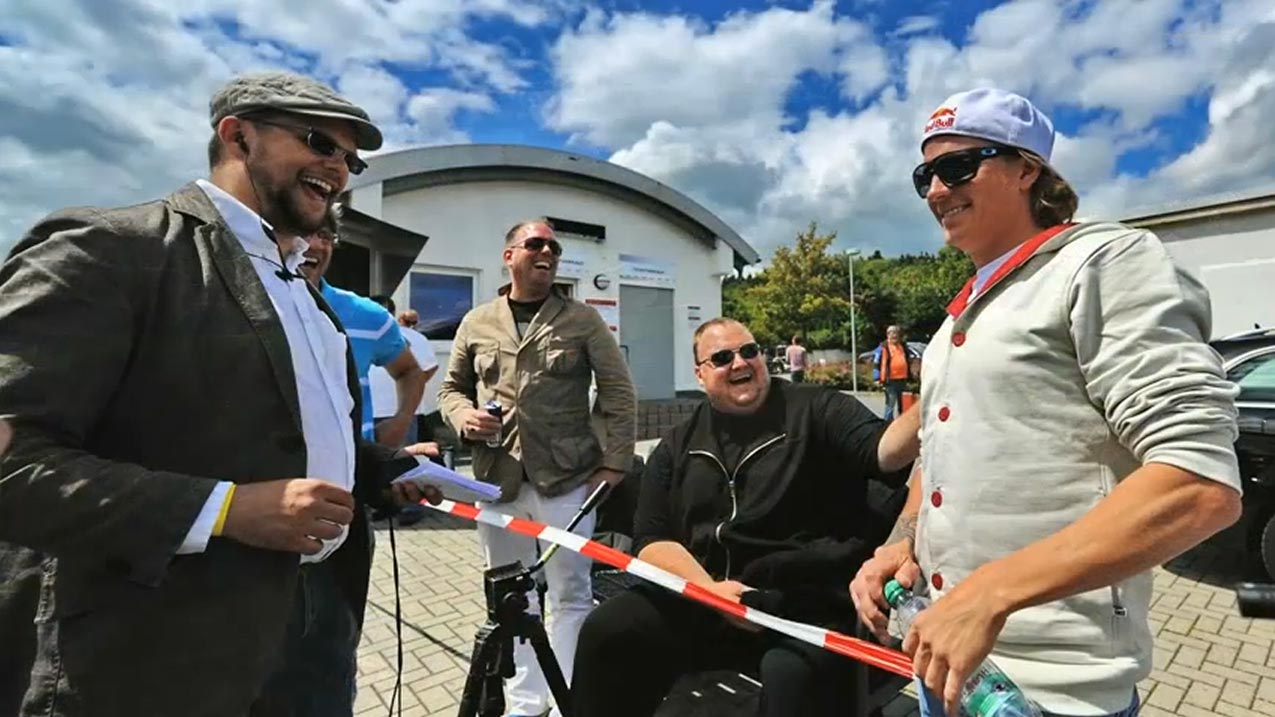 The pair and a third driver raced a trio of Mercedes-Benz CLK DTM AMGs around the Nurburgring Nordschleife for a promotional video.

It shows Dotcom passing Raikkonen at the end of the lap but he insisted: “I did not win against Kimi. I never could. We had to remove the air from his tires to keep up. And even then it was impossible.”

Dotcom calls the video an “homage to the Nurburgring, the CLK DTM and Kimi Raikkonen, one of the best drivers in the world.”

The film, which appeared on YouTube recently, appears to have been shot last year. Raikkonen appears in a Red Bull cap and Dotcom refers to footage from it having being “seized by the FBI during the Megaupload raid” in January.

The Nordschleiefe was last used for an F1 race in 1976 before being dropped on safety grounds following Niki Lauda’s crash in that year’s race. The crash was recently re-created at the circuit by director Ron Howard for his forthcoming film Rush.

You can watch the video below – be warned it contains very strong language:

Thanks to Recombu Cars for the tip.