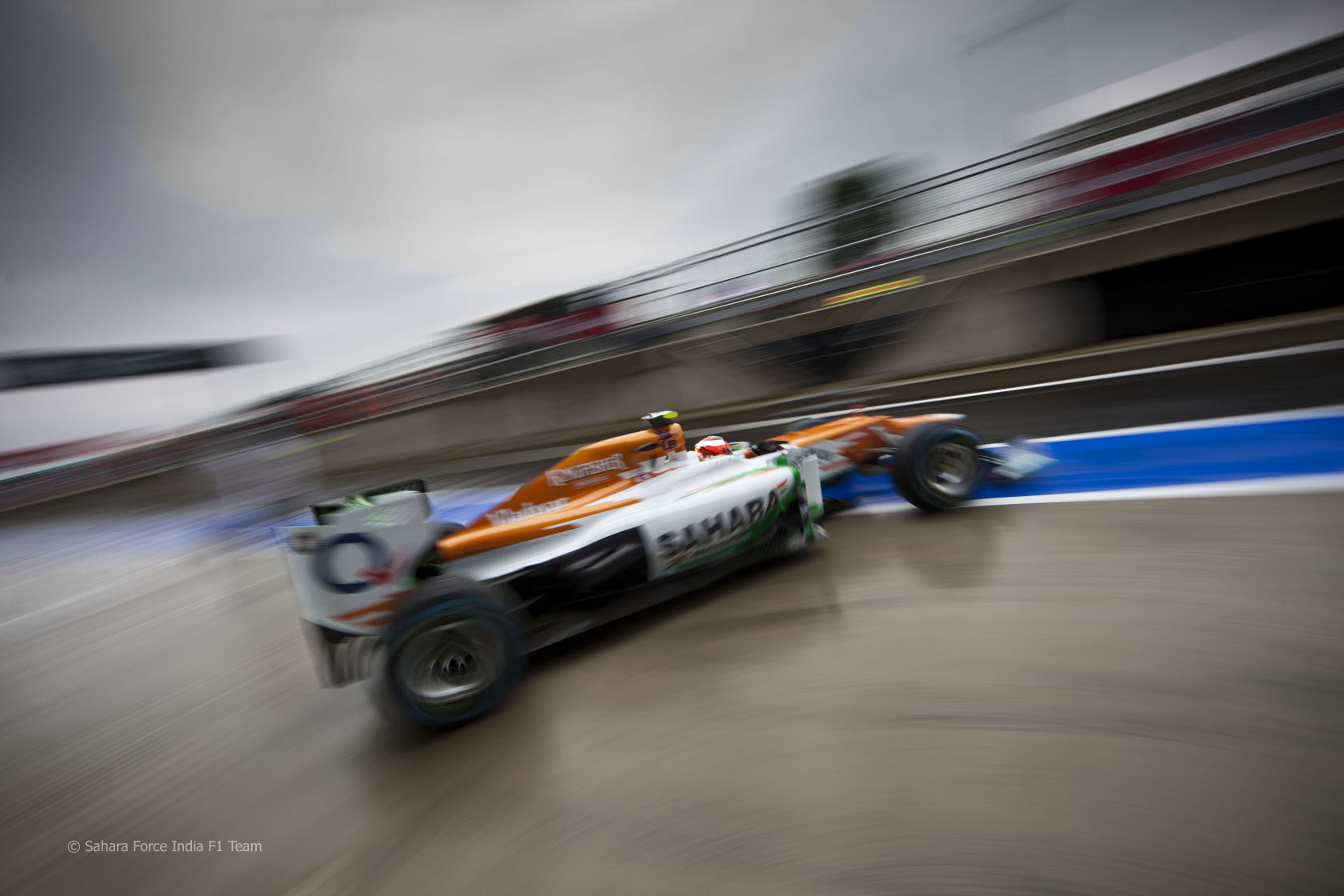 Very wet conditions greeted the teams for the first 90 minutes of practice ahead of the British Grand Prix.

Patches of standing water were visible around the circuit as the drivers made their first tentative laps out of the pits.

The rain was light to begin with and drivers were able to improve their times for the first half of the session. Mark Webber was the first driver to turn a lap in less than two minutes.

Webber continued to lower his time but the quickest lap of the session went to Romain Grosjean, who set a 1’56.552 shortly before the conditions worsened.

Unsurprisingly the hazardous conditions caught a few drivers out. Heikki Kovalainen had a messy moment in the Caterham, skidding off st Becketts and plughing through the Silverstone mud.

Both HRT drivers also had a spin, as the did returning Timo Glock for Marussia.

Kamui Kobayashi did the most laps, completing 19 tours without suffering a repeat of his crash in last year’s practice session.

However neither Force India set a time, nor did Fernando Alonso, though Ferrari did a series of practice starts at the end of the session.