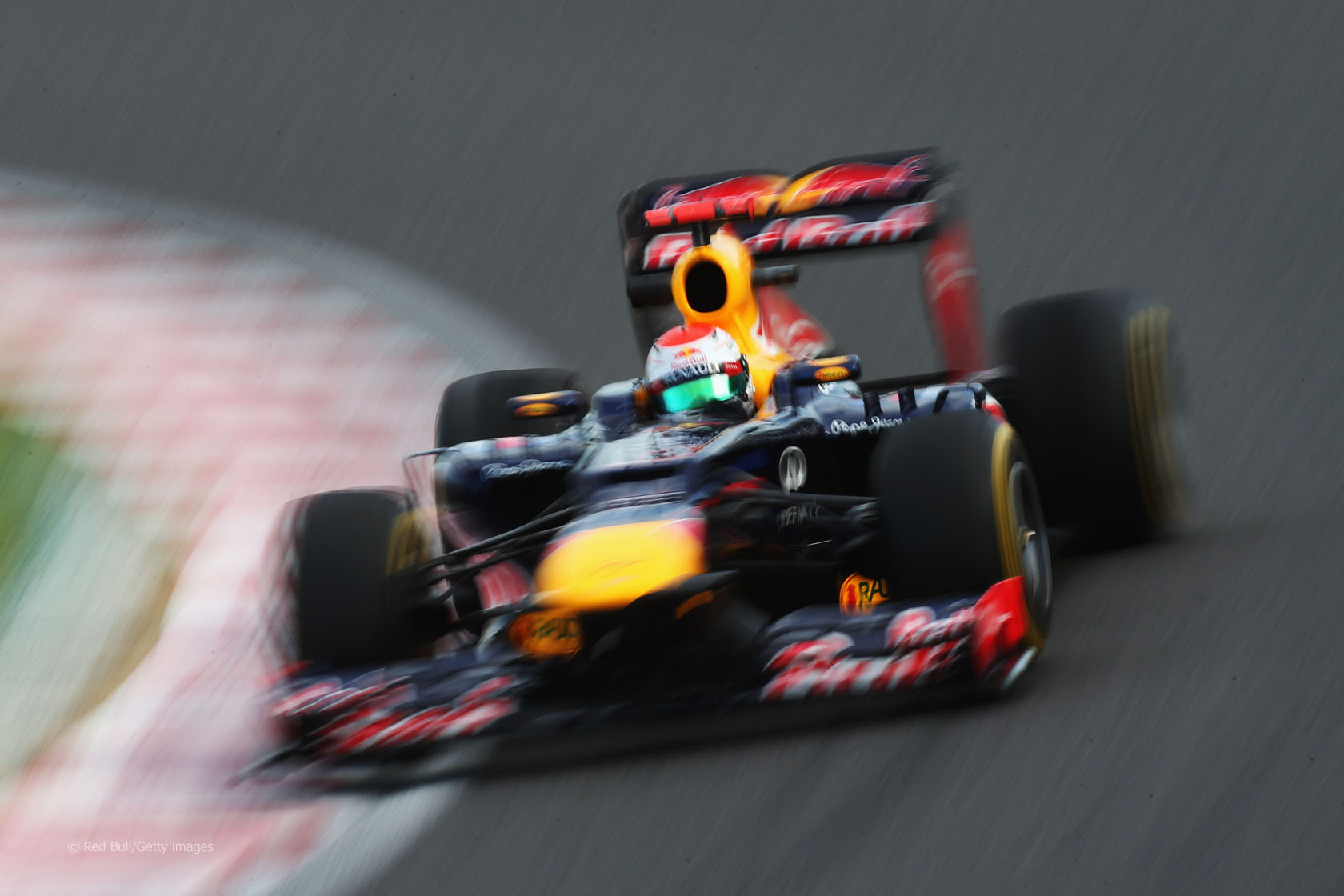 The Red Bull pair headed the times as practice came to an end at Suzuka.

But several of their rivals lost time due to traffic on their soft tyre runs at the end of the session, including both of the McLarens.

Jenson Button was held up by Michael Schumacher in 130R and Lewis Hamilton caught Charles Pic at the end of his lap. Hamilton got on the radio and complained to race director Charlie Whiting after his near-miss with the Marussia.

That left Felipe Massa to take third ahead of Michael Schumacher.

The Sauber pair were next, Sergio Perez ahead of Kamui Kobayashi. Romain Grosjean was seventh ahead of the delayed Button.

But for the second session in a row Force India were left with repair work to do. This time it was Nico Hulkenberg who bent his car. The VJM05 snapped sideways as he turned into Degner 2 and he was unable to keep it out of the barriers.

Heikki Kovalainen also went off at Degner but didn’t hit anything.

Kimi Raikkonen endured another difficult session, returning to the pits soon after he began his first run. Late into the session he was still unhappy with the balance of his Lotus and ended up 12th.